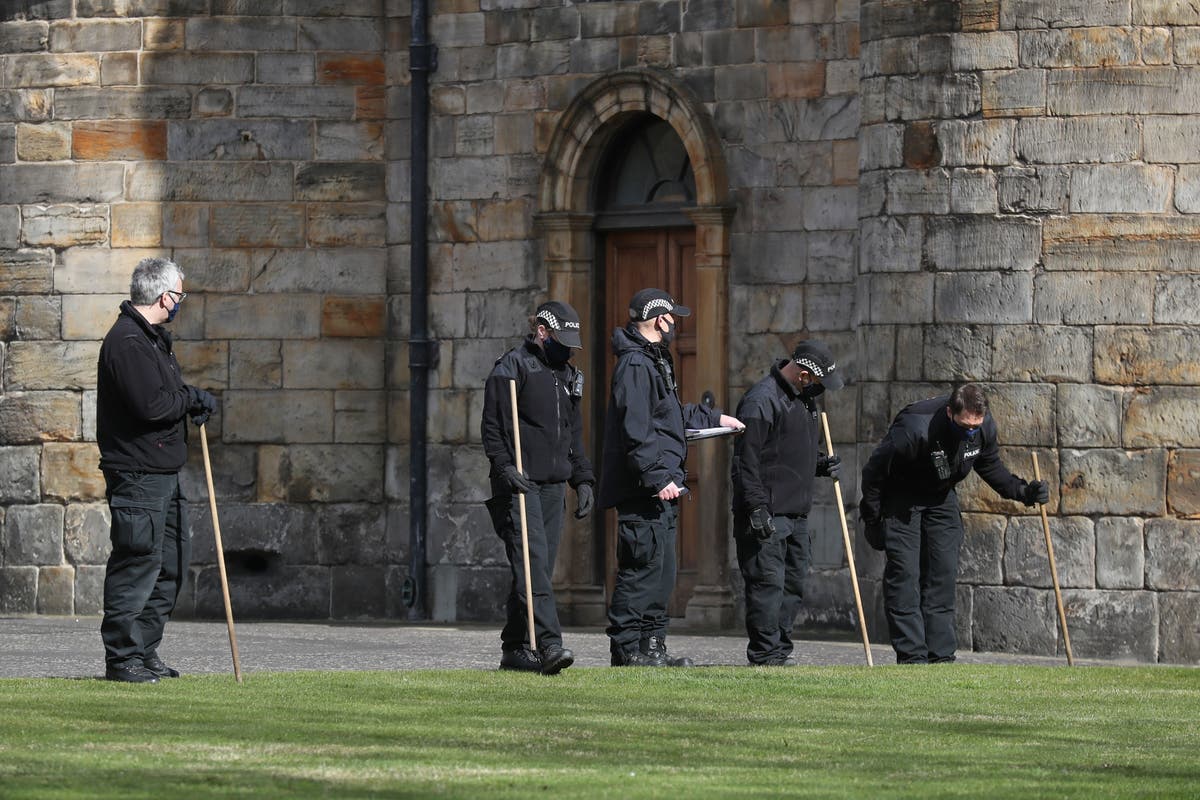 A man has been arrested after a bomb disposal team was called to reports of a “suspicious item” at the Queen’s official residence in Edinburgh.

Police Scotland said they were called to the grounds of the Palace of Holyroodhouse at about 8.50pm on Tuesday.

A 39-year-old man was arrested in connection with the incident.

Police said there was no threat to the public and inquiries continue.

A spokesman for Police Scotland said: “We were called to the Palace of Holyroodhouse, Abbey Strand, Edinburgh, around 8.50pm on Tuesday 23 March, following a report of a suspicious item.

“Following examination by Explosive Ordnance Disposal (EOD), it was made safe.

“A 39-year-old man has been arrested in connection with the incident. There was no threat to the public and inquiries are ongoing into the full circumstances.”

Police officers were spotted carrying out searches in the grounds of the Palace of Holyroodhouse on Wednesday.

Officers carrying long sticks were seen methodically combing the forecourt and grass outside the building in Edinburgh.

Others looked down drains and underneath cars and some officers were seen putting items into clear plastic bags.

Police vehicles were also stationed outside several entrances to the palace.

0 0 0 0
Previous : An endless war between the UK and EU benefits no-one – it’s time both sides lick their Brexit wounds and move on
Next : Black hole: Scientists reveal new image of first ever black hole to be pictured