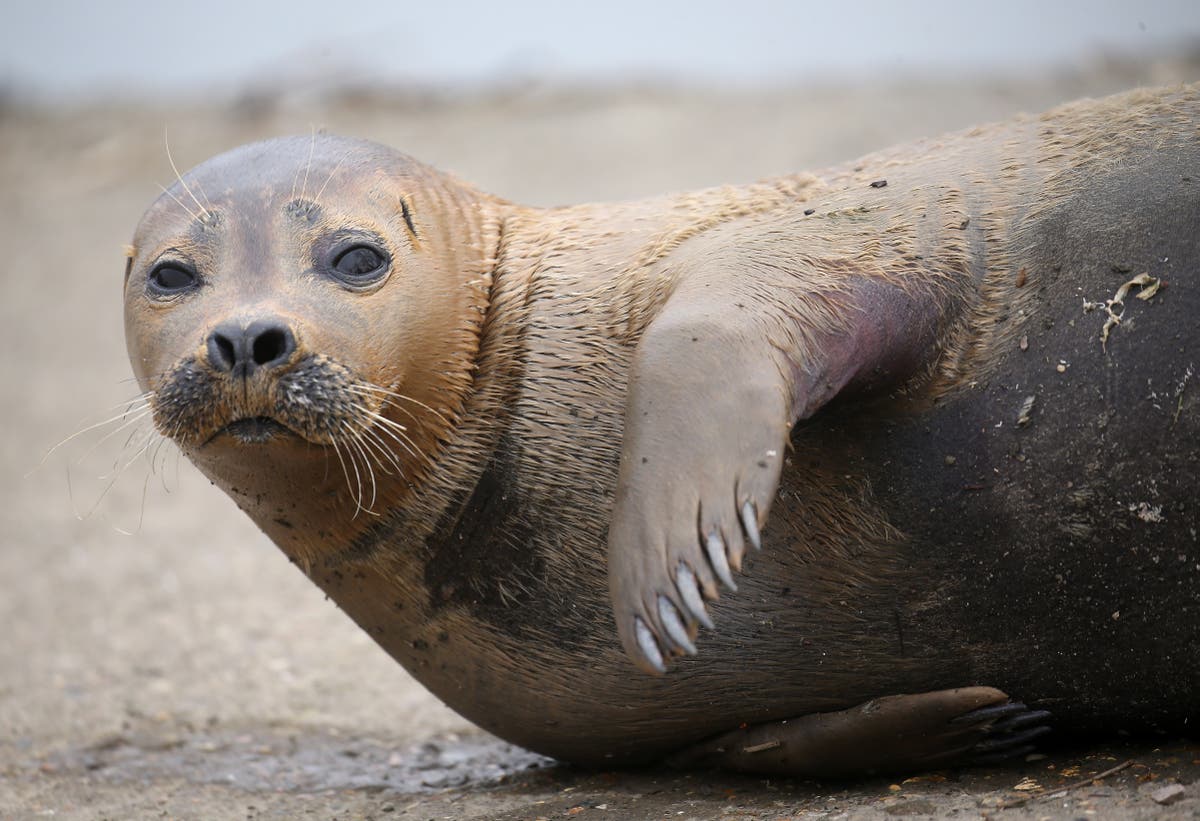 The animal — who was nicknamed ‘Freddie Mercury’ and was often spotted basking beneath Hammersmith Bridge by the Thames — has been put to sleep by vets.

He was left bitten and bloodied by the attack on Sunday afternoon and taken to South Essex Wildlife Hospital following rescue efforts by passers-by.

Two members of the public who helped to prize Freddie free from his attackers’s jaws were reportedly treated in hospital after one was bitten by the dog and the other was “head butted” by the seal.

Passer-by Runa Bousquet described the incident to The Chiswick Calendar. She says that the dog-walker was “a good 800 metres away” from the seal but the terrier raced down the river bank and “clamped its jaws onto the poor seal and didn’t let it go.”

“The poor seal was very distressed, twisting and turning its flippers,” while people tried to pull the dog away, she said.

“One of the men actually started kicking the dog quite aggressively and the owner got rather upset, but at the same time she too was trying to pull her own dog off the seal.”

Bousquet says that she called phoned for help while other passers-by tried to calm the seal down. One was bitten by the dog and another was “head butted” by the seal in the commotion, she added.

He suffered a bite to one of his flippers, a broken bone, a dislocation and damage to his joints, ligaments and nerves”.

In a statement on Sunday, BDMLR confirmed Freddie had been put down, adding the seal’s injuries “were impossible to treat and return him to the wild”.

The statement added: “We contacted a number of marine mammal veterinarians in the UK and the Netherlands, including an orthopaedic surgeon, and sadly based on their experiences the decision is that he needed to be euthanised for his welfare.

“We would be unable to release a seal back into the wild with one flipper, if amputation was an option, as we have a firm policy on not putting animals into captivity, and the seal’s welfare must be put first and foremost.”

BDMLR’s CEO Alan Knight said Freddie was the victim of a “ferocious attack”.

He added: “We hope that his story will go a long way to helping educate people to look up and follow the appropriate guidelines for how to behave respectfully around wild animals and not cause disturbance or worse to them.”

0 0 0 0
Previous : Fox News meteorologist Dean turns into fierce Cuomo critic New York NBC News Brooklyn Meghan McCain Fox News
Next : ‘We have to remember, learn and prepare’: Is the UK ready for the next pandemic?