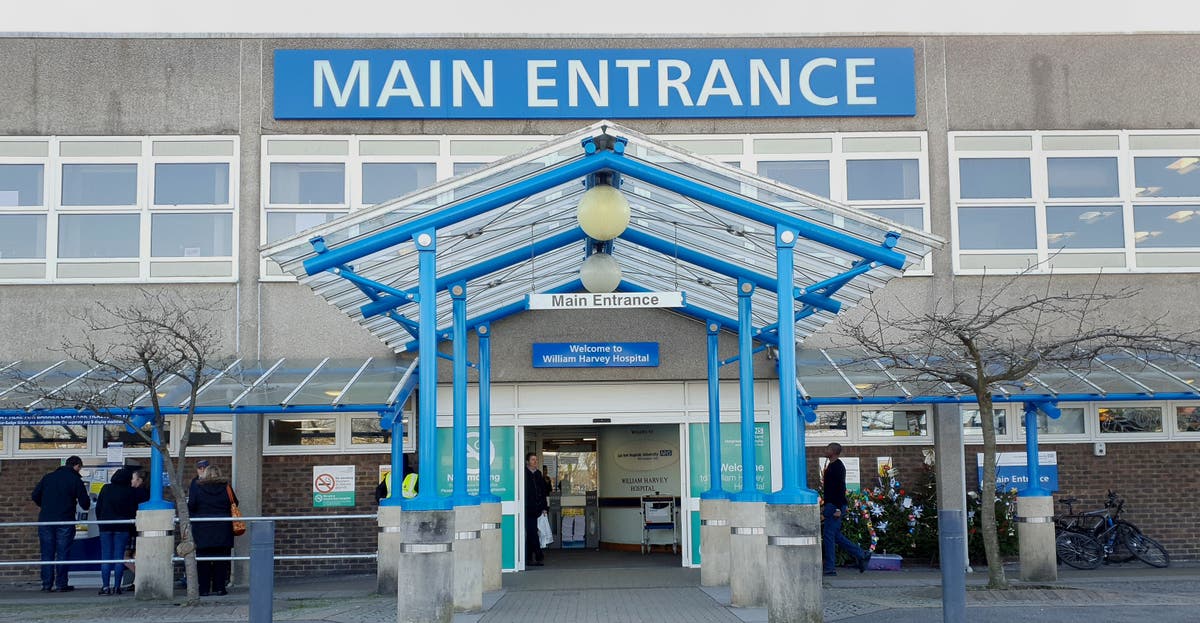 A previously secret report into children’s services at a scandal-hit NHS hospital has revealed concerns over the safety of services including care of seriously ill babies were raised with managers back in 2015.

A report by the Royal College of Paediatrics and Child Health (RCPCH) raised serious concerns over children’s services at East Kent Hospitals University Trust in 2015 including senior consultants refusing to work beyond 5pm and a shortage of nurses and junior doctors.

It also found the neonatal intensive care unit was being staffed by general paediatric doctors instead of specialist neonatal consultants.

The confidential report was given to The Independent and posted on the trust’s website this week after being mentioned in the terms of reference for an independent inquiry examining dozens of baby deaths at the trust.

It had never been published by the trust, which three years later had its children’s services rated inadequate. A second major report by the Royal College of Obstetricians and Gynaecologists in 2016 highlighted concerns that were not acted on and later featured in the avoidable death of baby Harry Richford, in 2017 which sparked the scandal into dozens more deaths and brain injuries.

Helen Gittos, whose baby Harriet died in August 2014 when she was eight days old, told The Independent: “I think it reveals the scale of the problems, that it wasn’t just about what was happening in maternity services, and that there are some really worrying common themes which are about not having enough of the right people, consultants not being willing to be flexible and apparently management not being able to persuade consultants to do what they need to do. And then a really serious failure to act when they knew what the scale of the problems were.”

She described as “extraordinary” the fact the neonatal intensive care unit was not staffed by specialists adding: “The thing that runs all the way through it is that services were not run with children in mind and that is then repeated in 2018 where the CQC says the same things.”

Medical Royal colleges are regularly invited into NHS trusts to review concerns over services but the reports are considered confidential and are rarely proactively made public by NHS trusts.

Bill Kirkup, who is leading the inquiry into East Kent’s maternity services, previously recommended Royal College reviews be registered with the CQC and shared openly by NHS trusts.

In its report, the RCPCH said there was “resistance from some consultants to work extended hours” across the trust’s different services with signs of clinicians worked in silos at the different hospitals run by the trust.

There was “insufficient middle grade doctors to cover both sites” and there were “too few skilled nurses on the wards.”

Emergency services at the Queen Elizabeth The Queen Mother Hospital were described as poor and “almost non-existent” at the William Harvey Hospital, in Ashford.

The review warned guidelines for treating patients were out of date, including one that was over seven years old.

The report was commissioned in 2014 after a critical CQC report, but when the regulator returned in 2018 it found similar problems and rated the children’s services as inadequate again.

An inquiry into maternity failings at the trust is expected to last until next year and will be examining a period of 10 years at the trust including the reaction to the RCPCH report.

The Independent requested the report from the trust after it was mentioned in the inquiry’s terms of reference earlier this month. It had never previously been published.

In a statement a spokesperson for the trust said: “The Trust asked the Royal College to review its child health services in 2014, to gain expert, specialist advice on taking the service forward.

“The Royal College made a number of recommendations, which the Trust acted on. It has increased staffing, put in a dedicated consultant rota on the Neonatal Intensive Care Unit, improved staff training and improved child safeguarding.

“A different organisational structure is now in place, which means there is now more dedicated senior clinical support and oversight for women’s and child’s health services.”