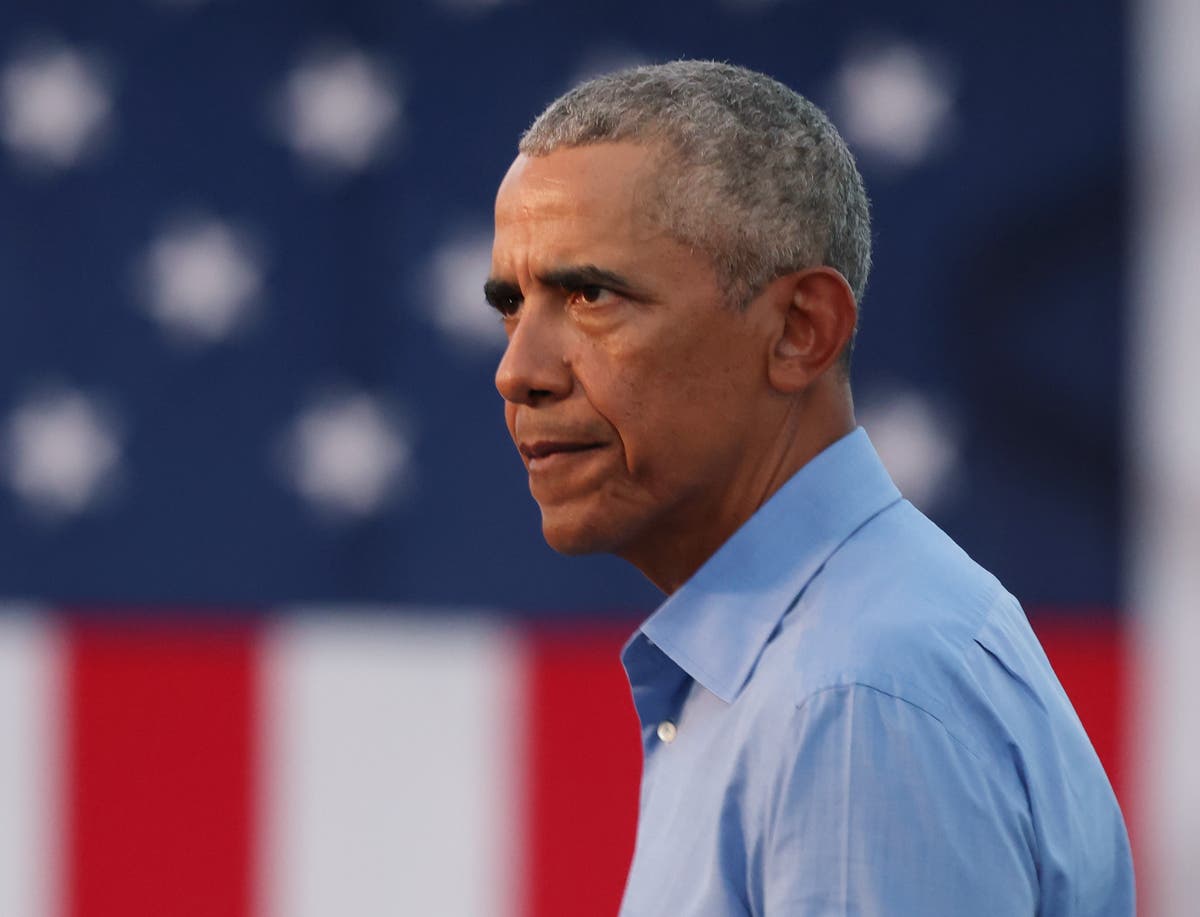 Barack Obama has blasted “cowardly” Republicans for blocking gun control laws limiting “weapons of war” in the wake of the Boulder mass shooting.

The former president spoke out after a gunman shot dead 10 people, including a police officer, at a supermarket in Colorado on Tuesday.

“Because in addition to grief, we are also feeling a deep, familiar outrage that we as a nation continue to tolerate these kinds of random, senseless acts day in and day out without taking any significant action—an outrage that people in Colorado have known far too often over the years.”

Officer Eric Talley, an 11-year veteran of the Boulder Police Department was shot dead after being one of the first officers to respond to the scene.

Mr Obama added that Americans should be able to go to the grocery store “without wondering if the next trip outside our home could be our last.”

“We should. But in America, we can’t. It is long past time for those with the power to fight this epidemic of gun violence to do so.

“It will take time to root out the disaffection, racism and misogyny that fuels so many of these senseless acts of violence.

“But we can make it harder for those with hate in their hearts to buy weapons of war.

“We can overcome opposition by cowardly politicians and the pressure of a gun lobby that opposes any limit on the ability of anyone to assemble an arsenal. We can, and we must.”

Investigators have named Ahmad Al Aliwi Alissa as the suspect in the shooting at the King Soopers store in the university town 25 miles northwest of Denver, Colorado.

He was charged with 10 counts of murder following the attack.

“I’m heartbroken by these recent tragedies of gun violence, and I just keep thinking about all the leaders who won’t take a stand to save lives and yet line up to pass bills that make it harder for us to vote,” she tweeted.

0 0 0 0
Previous : “I’M ANGRY AT SADIQ KHAN FOR DESTROYING MY BUSINESS 😤🚫NOW THAT I SEE YOU I’M TAKING THIS PERSONALLY”
Next : Ministers accused of ‘knowingly exposing’ patients to risk after partial response to Paterson scandal