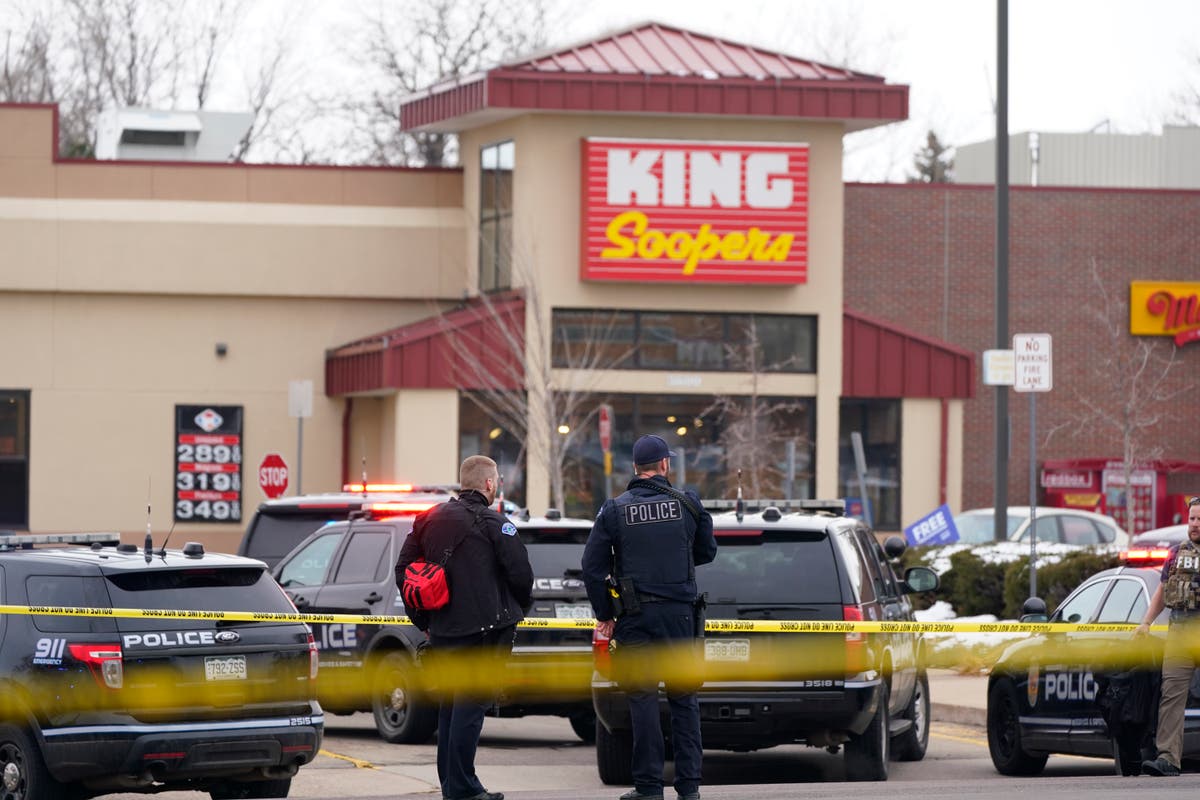 ‘It doesn’t feel like anywhere is safe’: Witness breaks down on CNN reliving Boulder shooting

An eyewitness who was inside the Bouldergrocery store on Monday afternoon broke down as he described one of the deadliest mass shootings in Colorado’s history, saying it “doesn’t feel like anywhere is safe” anymore.

Ryan Borowski was shopping at the King Soopers store when a gunman opened fire, killing 10 people including a police officer.

He said he heard loud bangs and people started to drop things in the store. It was only at the third loud bang that people around him realised it was gunshots, and everyone started running to the back of the store while employees helped them find shelter.

He told CNN he was at the west entrance of the store initially and was walking towards the east entrance from where the loud noises of gunfire were coming. He turned in the other direction when he saw people running.

“I didn’t see the shooter. I saw terrified faces running towards me and that’s when I turned and ran in the other direction,” he said.

He described how everyone helped each other during the crisis, with people running to the back of the store in single file, holding on to each other.

“We ran and I don’t know why other people didn’t and I am sorry that they froze and I just wish that this didn’t happen – I wish I had an answer for why it did,” he said.

He broke down in tears and said Colorado felt like the safest place in America until Monday’s incident.

“Boulder feels like a bubble and the bubble burst and that’s heartbreaking to think that people died today. It doesn’t feel like it’s anywhere safe sometimes,” Mr Borowski said.

“This feels like the safest spot in America and I just nearly got killed for getting a soda, you know, and a bag of chips. Doesn’t feel good,” he added.

The shooting took place at around 2.30 pm on Monday. A suspect, who was injured, has been taken into custody and is being treated, said police chief Kerry Yamaguchi.

Another eyewitness, Alex Arellano, 35, who was working at the store said: “I thought I was going to die.”

Police officer Eric Talley, 51, was the first named victim killed in the shooting incident, and was the first one to respond at the scene.

Monday’s attack is one of the deadliest shooting incidents in the state of Colorado after the 2012 Aurora shooting, in which 12 people were killed, and the 1999 Columbine High School massacre in which 12 students and one teacher were killed.