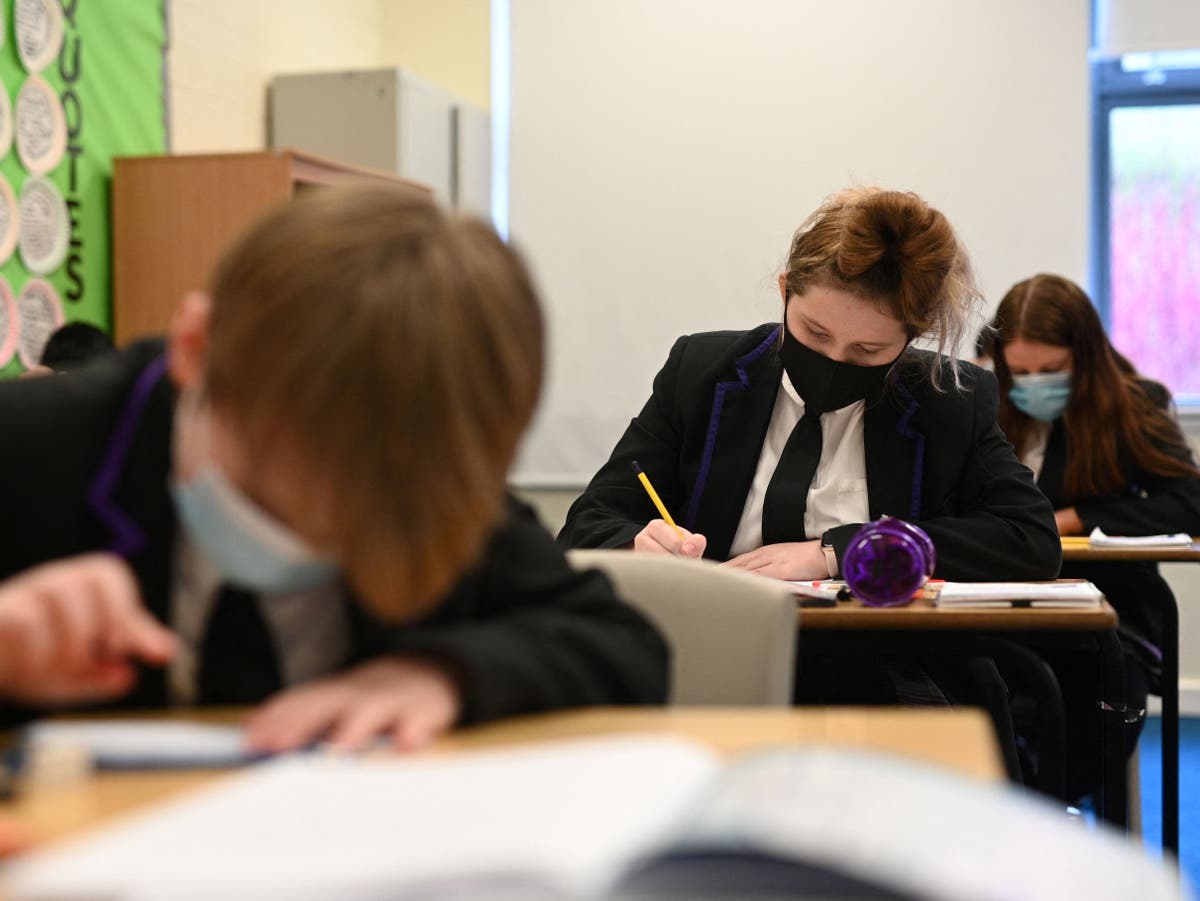 The number of pupils in English state schools was the highest last week since the coronavirus pandemic began, government data shows  – although tens of thousands were still off school self-isolating.

Around 127,000 pupils in England were not in school last Thursday due to potential contact with someone who had tested positive for coronavirus inside the education setting, according to Department for Education statistics (DfE).

Meanwhile, 42,000 per cent were self-isolating due to potential contact with a case elsewhere.

Total attendance in state schools in England was at 91 per cent on 18 March, when the latest available government data is from.

Attendance in the week starting 15 March was the highest reported attendance during the coronavirus pandemic, according to the DfE data.

It had stood at 89 per cent the week before, when all students were allowed back in school after most pupils had been learning online since early January during England’s lockdown.

The government estimated that two per cent of state school pupils did not go to school on 18 March for coronavirus-related reasons, which includes self-isolation or a positive test.

As well as around 170,000 pupils self-isolating due to potential contact with a Covid-19 case, an estimated 7,000 were off school after testing positive for coronavirus, according to the DfE.

Meanwhile, around 21,000 pupils did not go into school due to a suspected case of Covid-19 on 18 March, the government estimated.

Over the first two weeks back, secondary school and college pupils were asked to take three Covid-19 tests onsite and one at home, after which they will then be sent home-testing kits to be used twice-weekly.

“It is inevitable with schools fully open once again that there will be positive cases and close contacts having to self-isolate in line with Covid protocols,” Geoff Barton from the Association for School and College Leaders (ASCL), said.

“This is evident in the fact that there was a slight increase last week in the proportion of pupils not attending school for Covid-related reasons compared to the previous week.”

He added: “As we have warned previously, this sort of disruption is likely to be a feature of school life for a while to come yet, and we are not out of the woods.”

Towards the end of last year, hundreds of thousands of pupils were not attending school each week due to having to self-isolate, according to DfE data.

0 0 0 0
Previous : Cladding campaigners say Boris Johnson broke promise by ordering his MPs to vote against aid package
Next : No proof deradicalisation scheme is working as terrorists ‘wear earphones and pretend to sleep’ in sessions