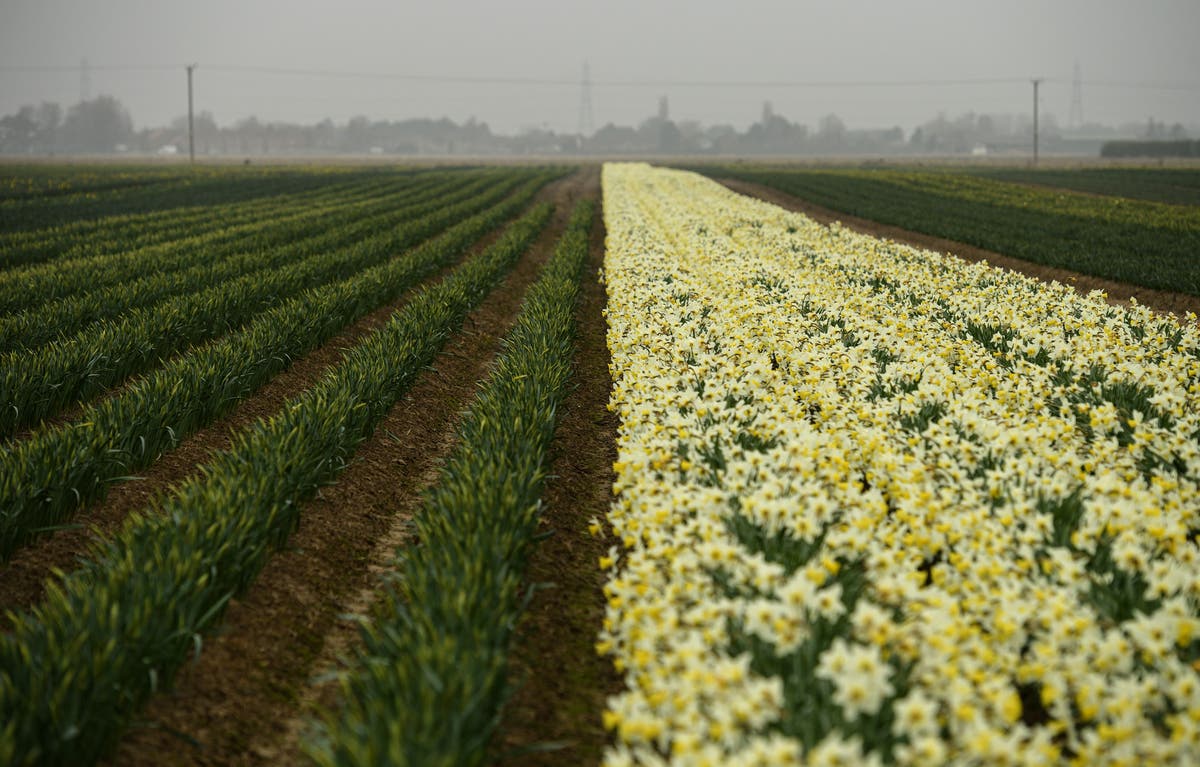 Daffodil growers hit by shortage of workers ‘because of Brexit’

Fewer daffofils are being harvested in the UK due to a shortage of workers caused in part by Brexit, a bulb grower has said.

Taylors Bulbs in Holbeach, Lincolnshire, normally harvests around 2.5 million cut daffodil flowers in the average year. Due to a lack of pickers, the firm expects to harvest just a third of that quantity in 2021.

Kevin Haynes, horticulture manager, blames this on the lack of pickers. He says numbers of seasonal workers coming to the UK to pick flowers from abroad have shrunk.

In their firm this has meant going from a “normal” number of 150 to just 30 this year.

Flower growers across the country are being affected by Brexit restrictions and the end of free movement as the UK is no longer part of the EU.

Seasonal workers are allowed into the country from further afield with a visa, but this only applies to picking edible crops meaning that flowers are exempt.

The horticulture manager went on to say how the company is not exporting any flowers this year, even though normally around one third of their daffodils would be sent abroad.

In spite of the disruption, Mr Haynes called it a “good year” and said that although flowers need to be picked by hand, bulbs themselves can be picked by machine.

Any pickers working on the harvest come from an agency and are part of the same bubble, Mr Haynes said.

The season for daffodil picking lasts for around eight to 10 weeks, from February to April.

0 0 0 0
Previous : “WHY AM I VOLUNTEERING? I NEED CHANGE, WE ALL NEED CHANGE & BRIAN ROSE IS THE MAN WHO CAN DO THAT”🗳
Next : Flashmobs for Freedom – #SolutionsWatch