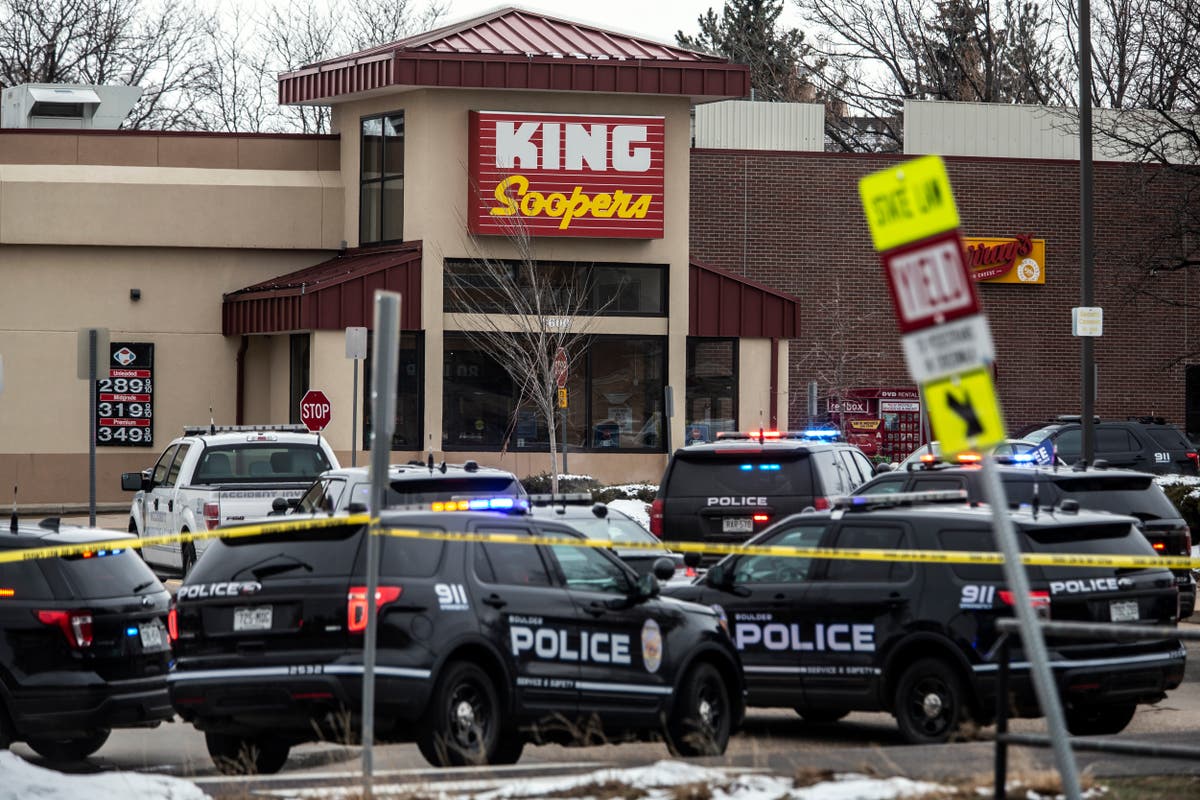 Boulder shooting: Everything we know so far about the Colorado supermarket attack

A gunman opened fire at a supermarket in Boulder, Colorado, on Monday afternoon, killing at least 10 people, including a police officer who was the first responder on the scene. This comes just days after eight women were killed in three separate shootings in Atlanta, Georgia.

Eyewitnesses told the police that a gunman, clad in black and holding a rifle, entered the King Soopers grocery store in Boulder around 3 pm on Monday and opened fire.

The suspect, identified as 21 year-old Ahmad Al Aliwi Alissa, was taken into custody and afterwards charged with 10 counts of murder the first degree. Police told reporters that a motiveis yet to be found, and that the investigation will take time.

Late on Monday at a news conference, Boulder police Chief Maris Herold identified the deceased officer as 51-year-old Eric Talley, “who had been with the department since 2010 and was first on the scene of the shooting,” the Denver Post reported.

Mr Talley was the father of seven children between the ages of 5 and 18, Ms Herold said on Tuesday morning, adding that she award him for his work as recently as two weeks ago in her office, and in front of his family.

According to the Denver Post, the shooting started in the parking lot of the store at 3600 Table Mesa Drive. A livestream video, taken by local videographer Dean Schiller who had just walked out of the store, showed what appeared to be a man wearing a King Soopers employee uniform saying the shooter was inside the store, the Post reported. “Then what sounded like two gunshots could be heard over the video.”

Customers at the self-checkout at King Soopers told reporters what they saw as soon as the shots were heard. Panic spread and everyone started running. Some, the reports said, froze at the scene.

“He just came in and started shooting without saying a word,” two customers, who had seen the gunman come into the store, told reporters. News reports quoted the anonymous customer saying that the gunman “let off a couple of shots, then was silent, and then he let off a couple more. He wasn’t spraying.”

Soon law enforcement officers arrived at the scene of the mass shooting which is just two miles away from the University of Colorado’s campus, and “engaged” with the suspect, firing shots.

The officers soon blocked off all the roads leading to the shopping centre where King Soopers is located. Officers arrived in fire trucks, ambulances, armoured vehicles, helicopters and regular police cars, reports said. Drones were also deployed at the scene of the shooting.

Kelli McGannon, the King Soopers spokeswoman, according to news reports, said that the company is cooperating with investigators. “Our hearts are broken over this senseless act of violence,” she said.

Several people who had been sheltering inside the store were later in the afternoon escorted to safety by police officers.

The Boulder County District Attorney Michael Dougherty, according to news reports, said that “This is a tragedy and a nightmare for Boulder County.” At the request of the Boulder police, reports said, FBI is helping investigate this senseless murder of ten.

Meanwhile, police said that the ‘person of interest’ sustained some injuries and was being treated for them late Monday, following “an exchange of gunfire” with officers, one of whom shot the 21 year-old — while other officers were injured.

Unfortunately, this is not the first mass shooting in Colorado. Mr Dougherty told reporters that he was “incredibly sorry” for all the victims who were killed in King Soopers. “These were people going about their day, doing their food shopping and their lives were cut abruptly and tragically short by the shooter who is now in custody.”

In a statement, former Arizona congresswoman Gabrielle Giffords, a gun control advocate and mass shooting survivor herself, said that Monday’s shooting in Colorado was yet another reminder that “it is beyond time for our leaders to take action” to address gun control in the country.

Mr Herold has said that the “complex” investigation will take at least five days and Mr Dougherty has promised families of the victims that he will do everything he can “to get justice in this case.”

The police chief added in a statement on Tuesday that “our hearts go out to all those killed during this senseless act of violence. We are committed to a thorough investigation and will bring justice to each of the families”.

In a statement issued late on Monday, Colorado’s governor, Jared Polis issued a statement in which he mentioned: “Today we saw the face of evil. I am grieving with my community and all Coloradans.”

Colorado has a long history of mass shootings, including the horrific Columbine High School shooting in 1999. In 2012 a mass shooting occurred inside a movie theatre in Aurora during a midnight screening of the film The Dark Knight Rises.

The last incident of mass shooting at a grocery store was at a Walmart in El Paso, Texas, in 2019. Twenty-two people died and 26 were injured in the shooting.