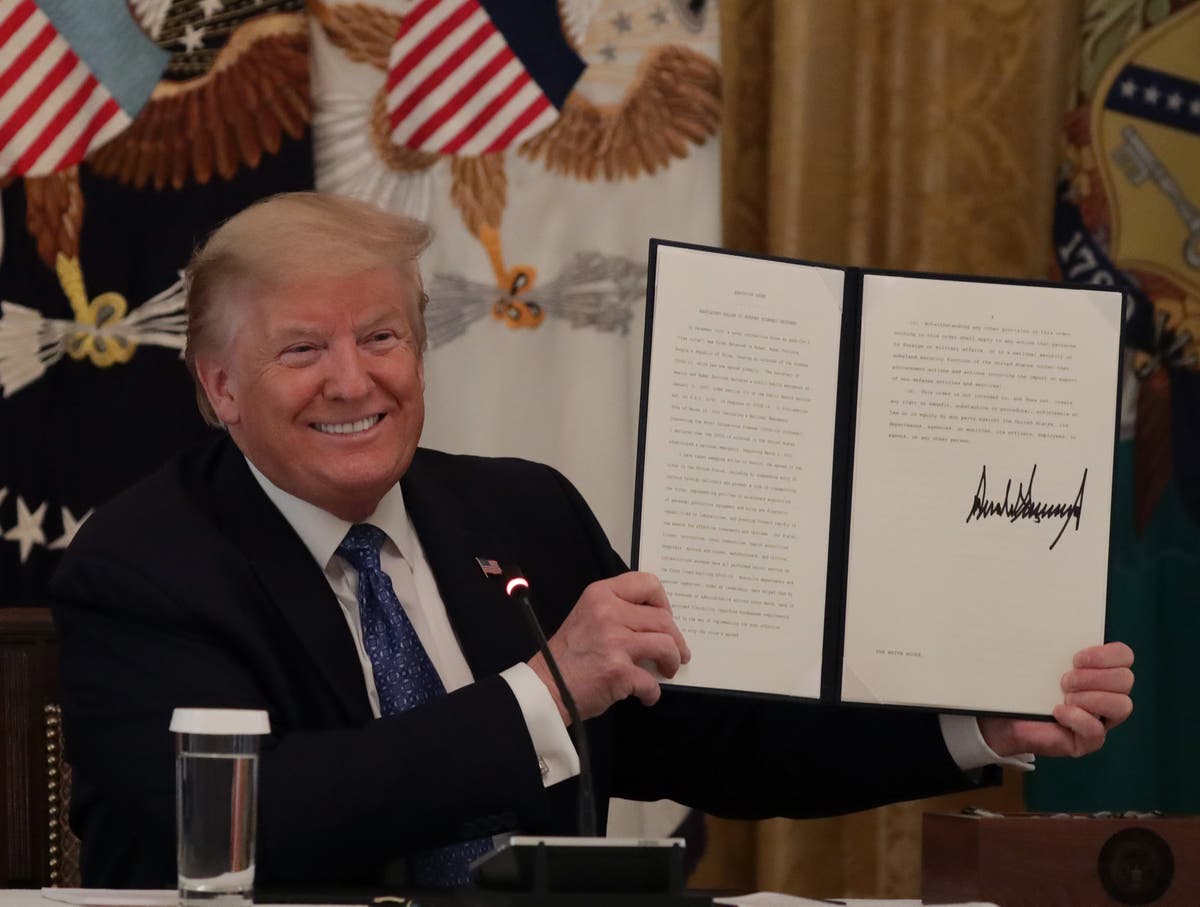 While Mr Biden has refused to reveal the contents of the letter, Mr Trump was asked in a new podcast interview released on Monday what he said to the incoming president.

“Well I don’t want to say, you know that’s perhaps up to him and I guess he said he wouldn’t do it without my approval,” Mr Trump began.

“But basically I wished him luck and, you know, it was a couple of pages long and it was from the heart because I want to see him do well.”

The account is consistent with Mr Biden’s own public comments on the letter, which the president has confirmed was waiting for him on the Resolute Desk.

“The president wrote a very generous letter,” Mr Biden said previously. “Because it was private, I won’t talk about it until I talk to him. But it was generous.”

The letter will ultimately enter the public record in the National Archives and Records Administration as part of The Presidential Records Act. But The White House has refused to provide a readout when questioned by reporters, with press secretary Jen Psaki saying the president had no specific plans to seek approval from his predecessor to release the full note.

“This is a letter that was private, as he said to you all. It was both generous and gracious, and it was just a reflection of him not planning to release the letter unilaterally,” Ms Psaki said.

After telling podcast host Lisa Boothe that he was sincere in wishing Mr Biden luck as the new president, Mr Trump quickly pivoted to say he didn’t concede that he lost the election.

“But you know what, he’s there, and I want him to do well, but that doesn’t include closing up the Keystone Pipeline, which by the way, environmentally is much better than having them on trains, but his friend and supporter Warren Buffett has trains. Nobody ever talks about that.”

0 0 0 0
Previous : AN AMERICAN 🇺🇸 AS MAYOR OF LONDON 🇬🇧 ?? COMMUNITY LEADERS DEXTER & FATIMA IN CROYDON GET REAL!!
Next : Bid to save leaseholders from huge bills to remove cladding defeated by government