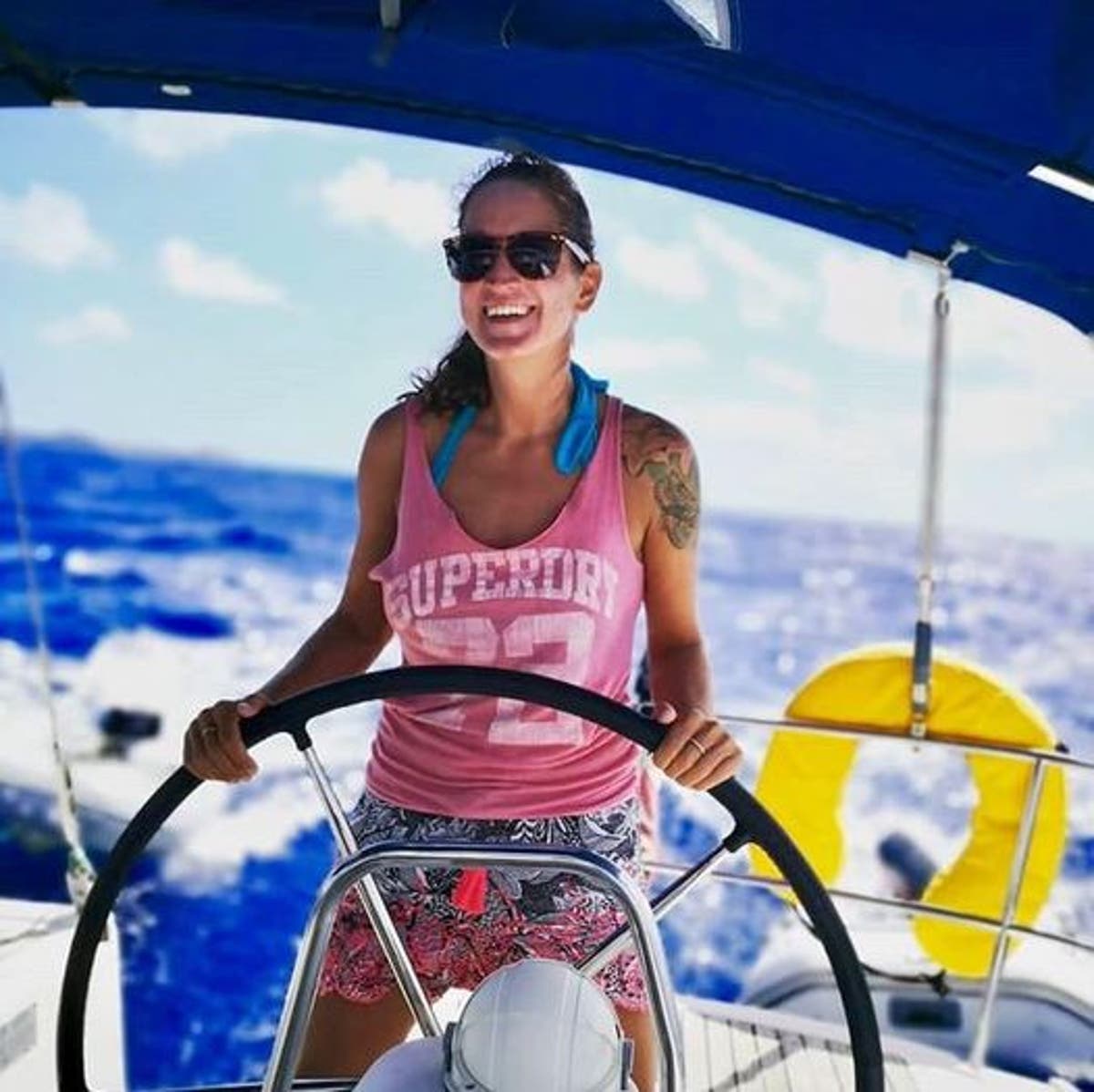 Sarm Heslop missing: Everything we know about her disappearance

A 41-year-old British former flight attendant’s mysterious disappearance from the boat of a man she had met on Tinder has led to widespread calls for an urgent investigation.

Ms Sarm Heslop was sailing with her 41-year-old American boyfriend Ryan Bane in the Caribbeans when she “disappeared” on 7 March. Two weeks later, the police have no answers, while Mr Bane has told investigators that she might have fallen overboard.

Friends and family of Ms Heslop have been pushing for a fingertip search of Mr Bane’s 47-ft long catamaran named Siren Song. However, Mr Bane has refused to allow a search of his £500,000 yacht where Ms Heslop was last seen alive. The catamaran is moored just offshore at Frank Bay, St John in the US Virgin Islands.

However, Mr Derima said, “we are still searching, doing regular inspections of the areas and speaking to potential witnesses.”

Mr Bane, who according to the press statement he released, was “distraught” due to Ms Heslop’s disappearance. But he allegedly reported her missing after almost 10 hours, leading to widespread suspicion among her family and friends regarding her disappearance.

As per the website findsarm.com, Ms Heslop’s friend Andrew Baldwin, 41, who the report said had known her for 25 years, told reporters: “We know that Mr Bane called the local police at 2:30 am and was told to call the Coastguard. The Coastguard was reported as saying that it was alerted to her disappearance by Mr Bane at 11:46 am on Monday. This timeline just does not make sense to us.”

Mr Bane has contacted a lawyer and denied police requests to search his boat and “exercised his constitutional rights to remain silent.” Ms Heslop’s friends said they are unable to understand Mr Bane’s lawyer’s denial to search the boat.

Mr Bane has told the police that he was woken up by the catamaran’s anchor alarm around 2:30 am and that is when he first noticed that Ms Heslop was missing. Ms Heslop and Mr Bane had matched on Tinder last July, according to news reports.

“A group of vacationers were on a boat 100 feet away (from) Sarm Heslop’s boyfriend’s catamaran the night she vanished, and police still haven’t called them back,” the portal CrimeOnline reported.

Ms Heslop, the former Southampton resident, and her boyfriend had gone out to dinner in a local restaurant on 7 March and left at 10 pm, according to reports. A dog walker from St John had said that he had heard a scream around the time Ms Heslop went missing. But the police did not deny or confirm it saying instead that “there are always noises, and it could have been from any one of the vessels in the harbour.”

The case is now gaining more attention after Mr Bane’s ex-wife, Cory Stevenson claimed in an interview that he had a history of domestic violence, the Daily Beast reported.

Ms Heslop’s belongings — including her phone, passport — were left on the boat and were handed over to the police by Mr Bane. Mr Baldwin told reporters that “she would not just disappear, leaving no trace.”

The search for her continues. According to findsarm.com: “Sarm is a Caucasian female, approximately 5ft 8ins, of athletic build, with long dark brown hair. She has a large, colourful tattoo on her shoulder depicting a seahorse, butterfly and flower.”

The coastguard and Virgin Islands police department claim that they have carried out an extensive search of the ocean and the shorelines but are unable to find any traces or evidence that Heslop had gone into the water.

Heslop’s parents, Peter and Brenda, say that their daughter was a “seasoned traveller.”

The Daily Mail reported that after working as an attendant with the now-defunct airline Flybe until she was in her mid-30s, “Sarm worked in call centres to fund trips to Europe and Australia.”

Her friend Victoria Mogridge-Percy was quoted as saying: “She wasn’t a 9-to-5 kind of girl. She wanted experiences and sunshine.”

Ms Heslop was working in Spain in her late 30s when one of her friends suggested she sail across the Atlantic. The Daily Mail reported that “after arriving on the Caribbean island of Grenada in December 2019, a friend introduced Sarm to Flora Pickard, 42, a Brit who works as a chef on a chartered yacht and invited Sarm to stay on her boat.”

When Ms Heslop and Mr Ryan met, Ms Pickard said, “he was smitten” and that the “feeling was soon mutual. I think she fell in love with him. They literally did everything together.”

Meanwhile, the Virgin Islands police department has asked the community to assist them in locating her. Ms Heslop’s family and friends are “desperately worried” about her.

0 0 0 0
Previous : Starlink to launch in country with one of the world’s worst internet connections
Next : Mars: Stunning video shows clouds passing over red planet and highlights its uncanny weather