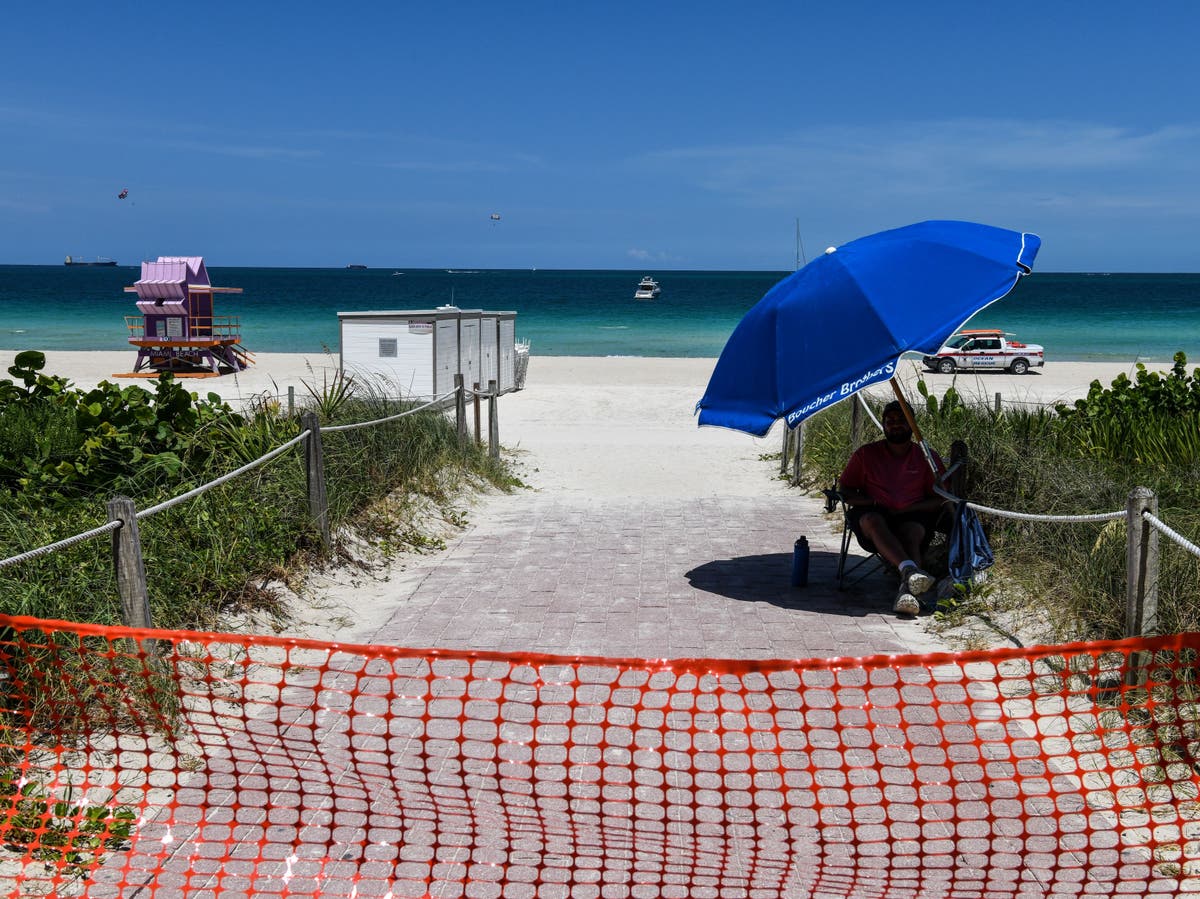 Jay Weiskopf, 9, was playing in the sea off Miami Beach, Florida, while on holiday with his parents Kristine and Ren Weiskopf on Sunday when he was bitten in the shoulder.

Ms Weiskopf told Local 10 that her son had only been in the water for a few minutes and explained that she was standing next to him at the time of the incident.

“I was holding his hand the whole time and he was kind of body surfing a little bit and he had fallen on his stomach,” Ms Weiskopf said.

She explained that when she pulled him up from off his stomach she noticed that the 9-year-old had a chunk of skin missing from his shoulder.

“He just said ‘ow’ and I looked down and there was about a 4-foot grey shark just kinda swimming away, so I just scooped him up and ran him up the beach,” Jay’s mother said about the surprising incident.

The child’s parents pulled him out of the water, where they were met not long after by Miami Beach Fire Rescue, before Jay was transported to Jackson Memorial Hospital and rushed into surgery.

Jay’s parents told Local 10 that doctors informed them that they are worried about his large wound becoming infected and his long-term mobility with his shoulder.

However, they explained that because he is so young, Jay is likely to recover well but may need to undergo skin graft surgery in the future.

“I just love him so much. He’s such a great kid and we’re still in shock, but thankful. We thank God that he didn’t take his life. That he’s gonna be OK,” Mr Weiskopf told Local 10 outside of Jackson Memorial on Sunday.

Miami is currently experiencing a wave of tourism amid spring break, and Mr Weiskopf expressed concern about the beach still being open shortly after his son’s incident.

He added: “What I don’t like right now is that the beach is still open, and kids are still down there playing, and they are in the same spot where my son just got attacked.

“I don’t know if it’s just because of spring break or whatever, but the beach should be closed.”

Florida once again topped the global list of shark attacks in 2020, as the US recorded 58 per cent of the global total of unprovoked incidents.

Florida accounted for 16 of the 33 unprovoked attacks that occurred in the US, which represented 28 per cent of the classification worldwide.

0 0 0 0
Previous : BACK ON THE BRAND NEW DIGITAL BATTLE BUS 🚌 🎥🇬🇧 JOIN ME LATER FOR OUR LIVESTREAM #brianformayor
Next : Australians share footage of swarms of spiders fleeing into homes to escape rising floodwaters