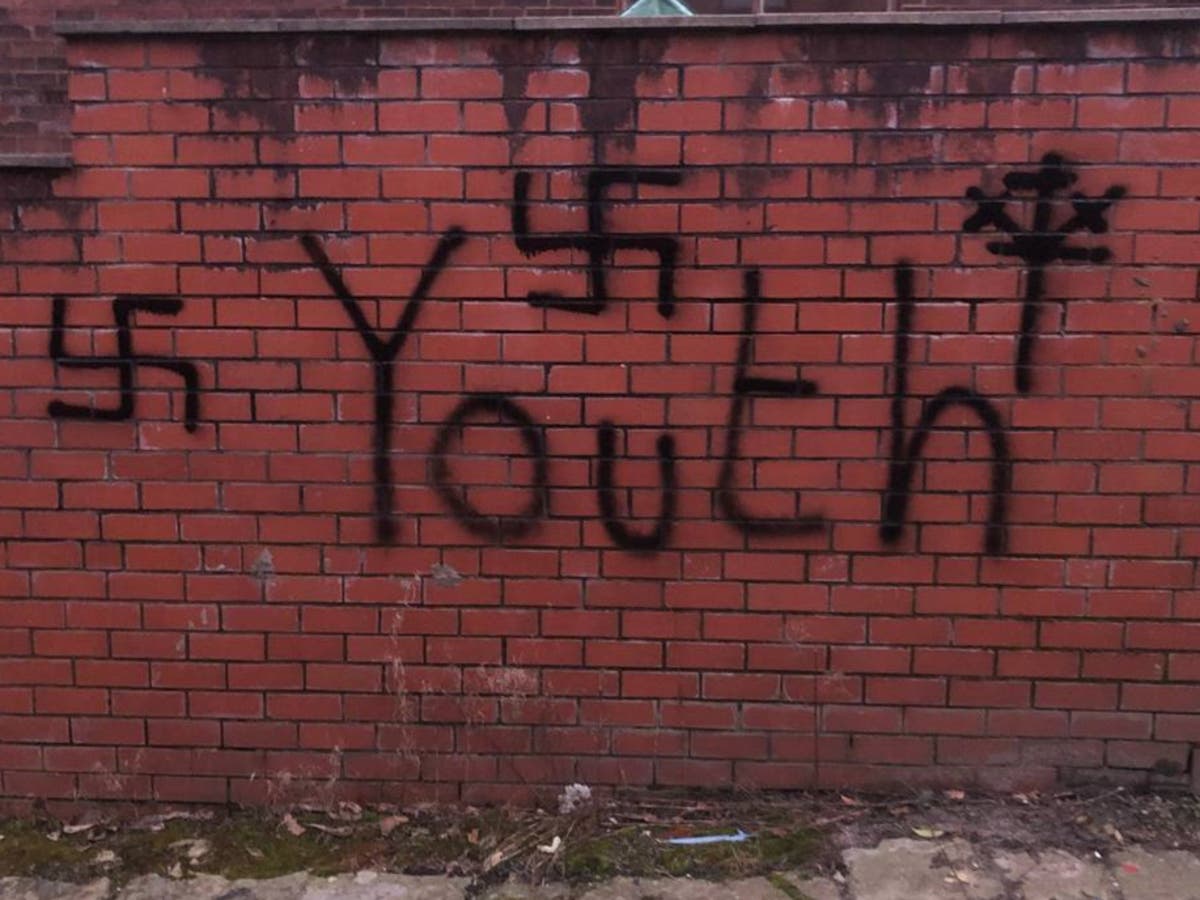 An international neo-Nazi group is targeting British teenagers as young as 14 for recruitment during the coronavirus lockdown, a report has found, as record numbers of children are arrested for terrorism offences.

A report published on Monday by Hope Not Hate says the group is openly advertising for members from the age of 14 upwards, but research has found members as young as 12.

On a channel seen by The Independent on the encrypted Telegram app, the group said it would not accept over-21s and called itself “Generation Z-oriented”.

Assistant Commissioner Neil Basu said children as young as 14 had been detained in the past year, and almost all of those investigated by police had been radicalised online.

“We are seeing more young people being drawn towards terrorist activity,” he said.

“That is a relatively new and worrying trend in the UK, because just a few years ago we were not seeing anyone that young amongst our case work.

“What concerns me most is this – there has been a sharp increase in extremist material online in the last few years, and Covid-19 has meant that vulnerable people are spending a lot more time isolated and online, and with fewer of the protective factors that schooling, employment, friends and family can provide.”

The NPM is led by a 15-year-old American boy and is believed to have about 70 members across the US and Europe.

Patrik Hermansson, a researcher at Hope Not Hate, said: “In the UK the group has at least eight members. These members have promoted material from proscribed Nazi terror group National Action.

“The young age of the NPM’s membership is deeply worrying. Vulnerable young people are being exposed to a diet and environment of constant hatred.”

Hope Not Hate said the NPM had been formed during the coronavirus pandemic and had focused most of its activities online, including by “raiding” online classrooms and “Zoom bombing” video calls with racist material.

“However, the NPM’s activities are not merely isolated to the online world,” the report says. “Postering, stickering and graffiti is done by members in the UK, US and Sweden in the hope that it will raise interest in the group.”

Some members had discussed acquiring weapons, including guns, in NPM chat groups and expressed interest in making 3D-printed firearms and modifying non-lethal weapons.

Hope Not Hate said posts had glorified terrorists including the Christchurch gunman and 2011 Norway attacker.

One member wrote on 4 March: “The extermination of any other nonwhite race is necessary Heil Hitler! Heil Breivik! Heil Brenton Tarrant!”

In a private group chat infiltrated by Hope Not Hate, extremist posts were directed at black people, Jews, Muslims, trans and gay people.

Members are only admitted after completing a questionnaire and sometimes going through a video call, in order to ascertain their beliefs.

Once inside, members are then asked to join various chat groups and regular voice calls, and are divided into “platoons” and “squadrons” for action.

Leaders have spoken out against violent neo-Nazi groups such as Atomwaffen Division, but Hope Not Hate said chats also “expressed outright genocidal ideas, with a clear desire to use violence expressed by some members”.

Mr Hermansson said young people may change their views as they age, and may exaggerate their own appearance of extremism to gain respect from a group.

“However, their capacity for violence is far from nonexistent,” he added, citing recent terror cases in which teenagers in the UK were convicted.

“At the same time, these young people are victims themselves. Children as young as 12 or 14 do not have the agency or experience of an adult, and as in the case of the NPM, are also partially fed ideology by older and more experienced individuals.

“Groups like the NPM make it easier for children and teenagers to find others that share similar views to themselves … However speedy their radicalisation has been or how genuinely they hold their beliefs, they have created a group where one is encouraged and directed to act on their hate.”

Hope Not Hate’s report says the techniques used by the NPM are part of a wider trend where the coronavirus pandemic has forced more far-right activity to take place online, and increased international networking.

It says traditional groups and street movements are being “left behind by a younger, digital generation who recruit via online gaming, voice chats on social media, online film clubs and even home-schooling”.

Hope Not Hate’s chief executive, Nick Lowles, said: “The lockdown has had a profound effect on every part of our society and it’s no less the case on the far right. Traditional organisations were already on the decline but lockdown exacerbated their inactivity.

“The British far right is now digitally led and reflective of online culture – traditional structures have given way to social media platforms, influencers and ‘citizen journalists’ creating peer-to-peer radicalisation and a global community willing to crowdsource ‘micro-donations’ of time and effort.

“The new organisations and collectives that are emerging understand how to operate in this decentralised, self-directed environment.”

0 0 0 0
Previous : Rockefeller insider Dr Richard Day and the suppressing of the cure for cancer as population control – David Icke
Next : Trump ‘baggage’ means he won’t be able to run in 2024, predicts top polling expert