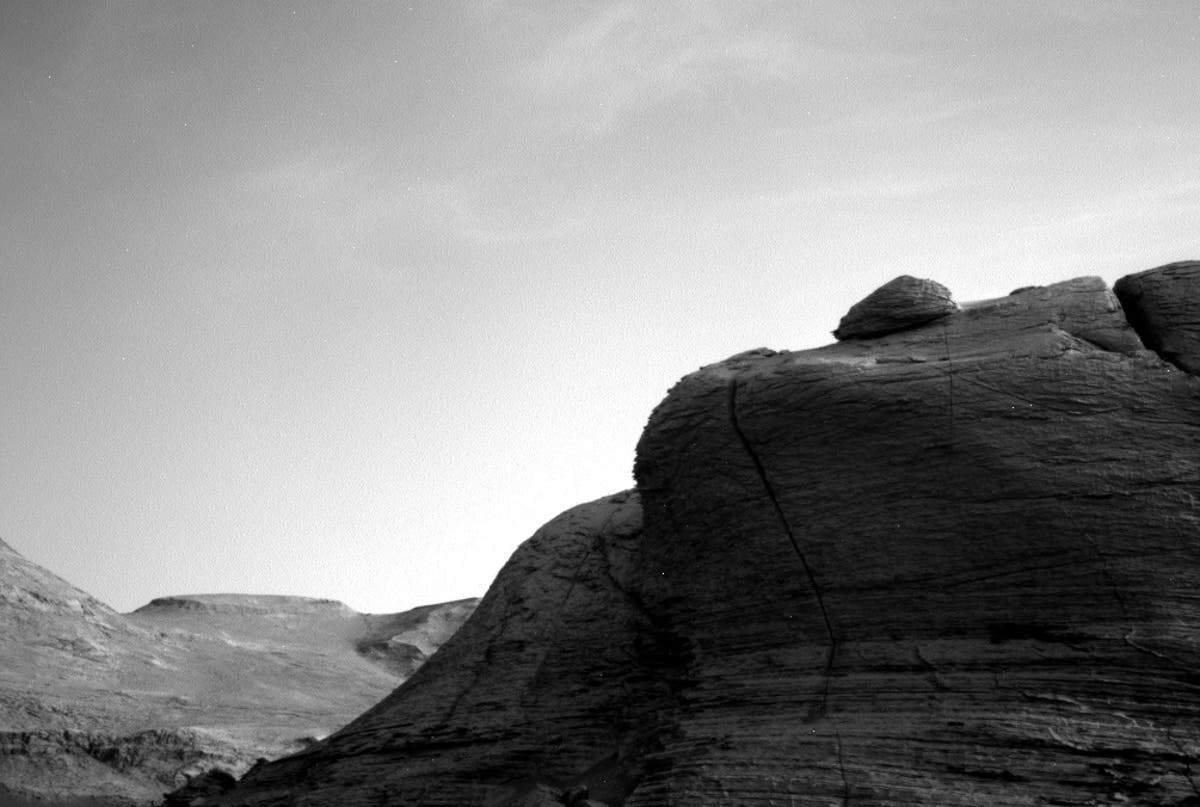 A popular new video shows the mellow but uncanny scene as clouds drift above the surface of Mars.

The images were taken from cameras mounted on the Curiosity rover, which continues to explore the red planet’s surface.

Though the recently arrived Perseverance rover has been at the centre of much of the focus on Mars in recent weeks, it’s one of many rovers on the surface. Others like Curiosity continue to try and understand more about the planet.

The eight new images, taken by the navigation camera onboard that robot explorer, show about five minutes of time on the surface. As such, the clouds can be seen moving in a way remarkably similar to those clouds on Earth.

They were shot last week and shared by Paul Byrne, a scientist at North Carolina State University.

While the clouds look like ours, the vastly different atmosphere on the red planet – which, among other differences, is very thin – means that they have to form in different ways.

To form clouds, water molecules have to condense around particles. On Earth, that can be grains of dust that are carried up by winds, but Mars does not have a thick enough atmosphere to form them so easily.

On Mars, these are thought to be the result at least partly of dust that is created when space debris hits the Martian atmosphere. That creates the particles around which the clouds can form, and then seen as they move across the surface.

The thin atmosphere is also the reason that the clouds on Mars are similar to cirrus clouds on Earth – whispy and light, rather than thick and puffy.

The clouds on Mars can also be “noctilucent” – lit up by the Sun, even at nighttime, because they are so high up above the Martian surface.

It’s not the only weather on Mars that looks like it does on Earth but is in fact remarkably different. In 2008, the Phoenix lander found that snow was falling on the surface.

But while that snow looks similar to our own in images, it is made up of carbon dioxide – like dry ice.

0 0 0 0
Previous : Sarm Heslop missing: Everything we know about her disappearance
Next : Texas Roadhouse CEO dies from suicide after suffering lasting Covid symptoms