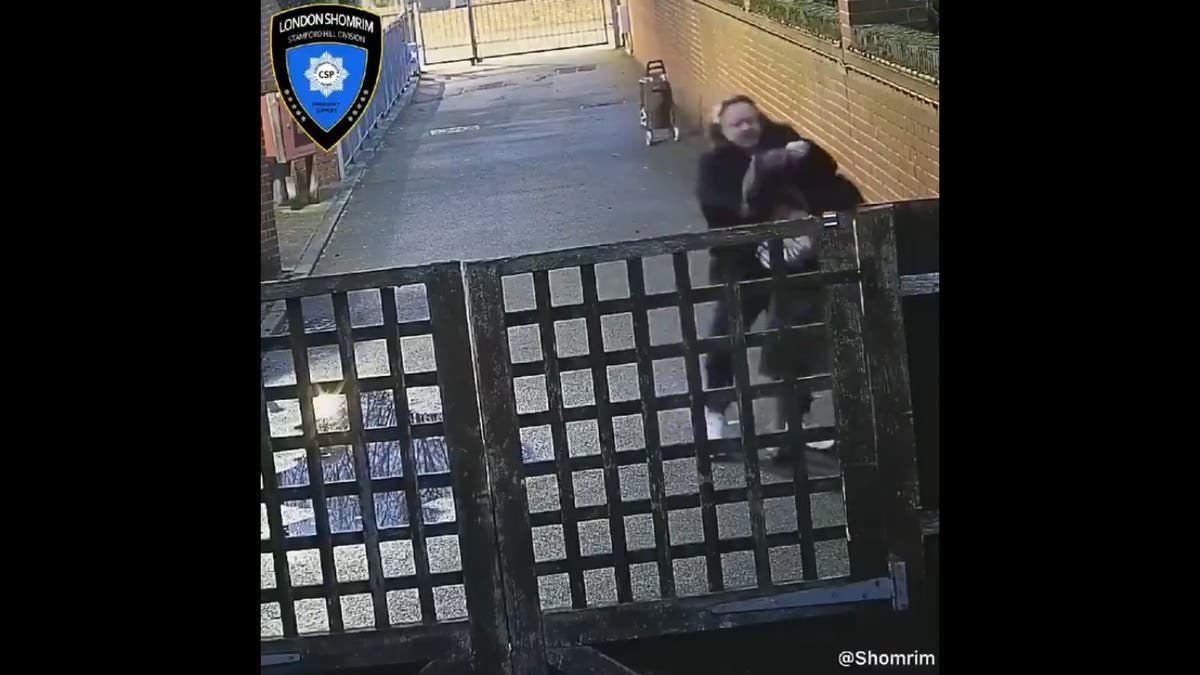 Police are searching for an assailant who attacked a pregnant woman after putting a pillowcase over her head on a street in north London.

The victim, a 20-year-old Jewish woman who is 27 weeks pregnant, told police the man approached her from behind and covered her face before hitting her in the stomach.

The incident, which was caught on CCTV camera, happened on the evening of 18 March on Manor Road in Stoke Newington.

Footage shows the attacker following the woman while carrying a trolley bag. He then ran towards her, covered her face with a black cloth and punched her several times in the stomach.

The man escaped then fled the scene.

Jewish neighbourhood watch organisation Shomrim shared the disturbing footage of the attack with the hashtag #hatecrime and circulated still images of the accused from the video. The organisation has appealed for help identifying the man and called on the public to report any information to the police.

“Appeal to identify an extremely dangerous fugitive who is still on the loose after CCTV captures a male viciously attacking a young pregnant woman in Stamford Hill in an unprovoked attack,” it said.

The civilian anti-crime patrol group said the woman was rushed to the hospital with minor injuries and survived the attack with no harm to her unborn child.

The group said in a tweet that they have increased patrols after a recent spike in assaults on lone females in the area.

The Metropolitan Police told Metro they were carrying out inquiries and that no arrests have been made.

In another on Thursday, a pregnant woman was punched, choked and bitten by a man in Nottingham. A suspect in that incident has been arrested and charged with bodily harm and criminal damage.