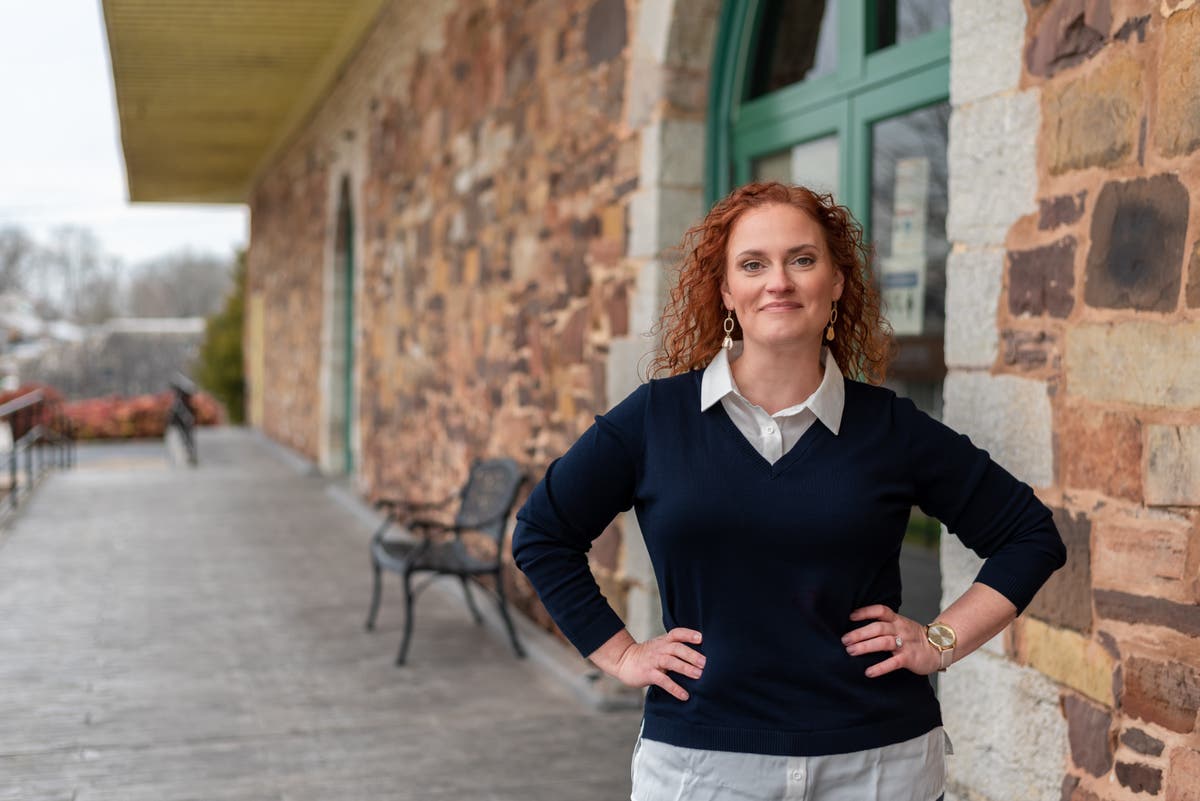 In many ways, it was also a very normal day for Marjorie Taylor Greene.

Even before she won an uncontested election in deeply conservative northwest Georgia last year, she has rarely stayed out of the headlines. In fact, she has regularly catapulted herself into them with rhetoric that has shocked even some in her own party, from her support of the QAnon conspiracy theory, anti-trans publicity stunts and repeated lies about the integrity of the 2020 that her opponents believe encouraged the 6 January attack on the US Capitol.

It was on that day that Democrat Holly McCormack decided to run against her. A native of the 14th district that Greene currently represents, 36-year-old McCormack has framed her campaign as not just against the congresswoman, but against the extreme brand of politics she has brought into the mainstream.

“Those people did not get that idea to attack our country on the spur of the moment. It was the product of that hate and division and sowing doubt about the election,” she told The Independent by phone. “It’s the type of behavior that she’s shown us time and time again that enabled it to happen. It is dangerous for our democracy as a whole, not just Georgia 14.”

McCormack’s nascent campaign in the rural, deeply red district might have gone unnoticed in normal times, but such is Greene’s ability to act as a lightning rod that McCormack has garnered a number of national media appearances of her own. An insurance agent, musician and self-declared “band mom”, she grew up in the district, and aims to make everyone aware of that key difference between herself and her opponent.

The odds against her are incredibly high. No Democrat has won here since the district was created in 2010. Greene won nearly 75 per cent of the vote in an unopposed race after her Democratic challenger dropped out for personal reasons. But McCormack is betting on a backlash to the constant barrage of headlines generated about her opponent.

“I think everyone is seeing through her antics, even those that voted for her. And I honestly think that northwest Georgia is sick to death of her being in the paper or on the news,” she said.

She is taking hope, too, in the unlikely victories of Raphael Warnock and Jon Ossoff in their respective Senate runoffs in January.

“It was historic. It gave me hope that yes, we can do this. There are good people that will see through the divisiveness and it showed me that we can run and we have to run to win.”

McCormack is currently on her first listening tour of the district, a mostly rural area that lies on the border with Alabama and Tennessee. She said her strategy will be to focus on the local issues she claims have been neglected by Greene. She launched her campaign unusually early; she is the first to publicly announce her candidacy and Greene isn’t up for re-election until 2022.

“It’s a very rural district, so the first thing that we’re focusing on is rural broadband access and healthcare so that you don’t have to drive out of the district or out of state to see a specialist or to have a baby,” she said. “And of course, small business owners and bringing jobs back into the district. And that goes hand in hand with having affordable broadband.”

While it is a long way off, the 2022 race here in northwest Georgia may yet be one of the first testing grounds of the political climate in a post-Trump world. Greene was, and is, one of Trump’s most staunch supporters. She wholeheartedly embraced and ran with his favourite conspiracies and culture war topics.

Her election victory was notable for the baggage she brought with her. Her support for the QAnon conspiracy theory was well publicised before the election, but it barely made a dent in her margin of victory. She won her seat in an election year in which fealty to Trump seemed to matter above all else.

During the campaign she railed against “left-wing socialists who want to wreck our country.” In the time since, she has expressed some regret for her promotion of QAnon, but has continued to push lies about the 2020 election. Greene’s office did not respond to a request for comment from The Independent.

McCormack has her own theories about how a QAnon candidate was able to win here, but said the path was open to a Republican with the resources she had (Greene funded her own campaign with $450,000 of her money).

“It is well-known that we are a very red district here. She lived outside of Atlanta and saw that she couldn’t win there, so she parachuted into this district,” she said. “And she spent a lot of her own money.”

“I think a lot of us knew [what she was about], but I don’t think any of us could have imagined the level of hate that she would bring. It isn’t normal politics. It is not what a normal congressperson does.”

0 0 0 0
Previous : Why are the EU and UK engulfed in a row over vaccine supplies?
Next : Nicola Sturgeon news live: Alex Salmond row report ‘to be released’