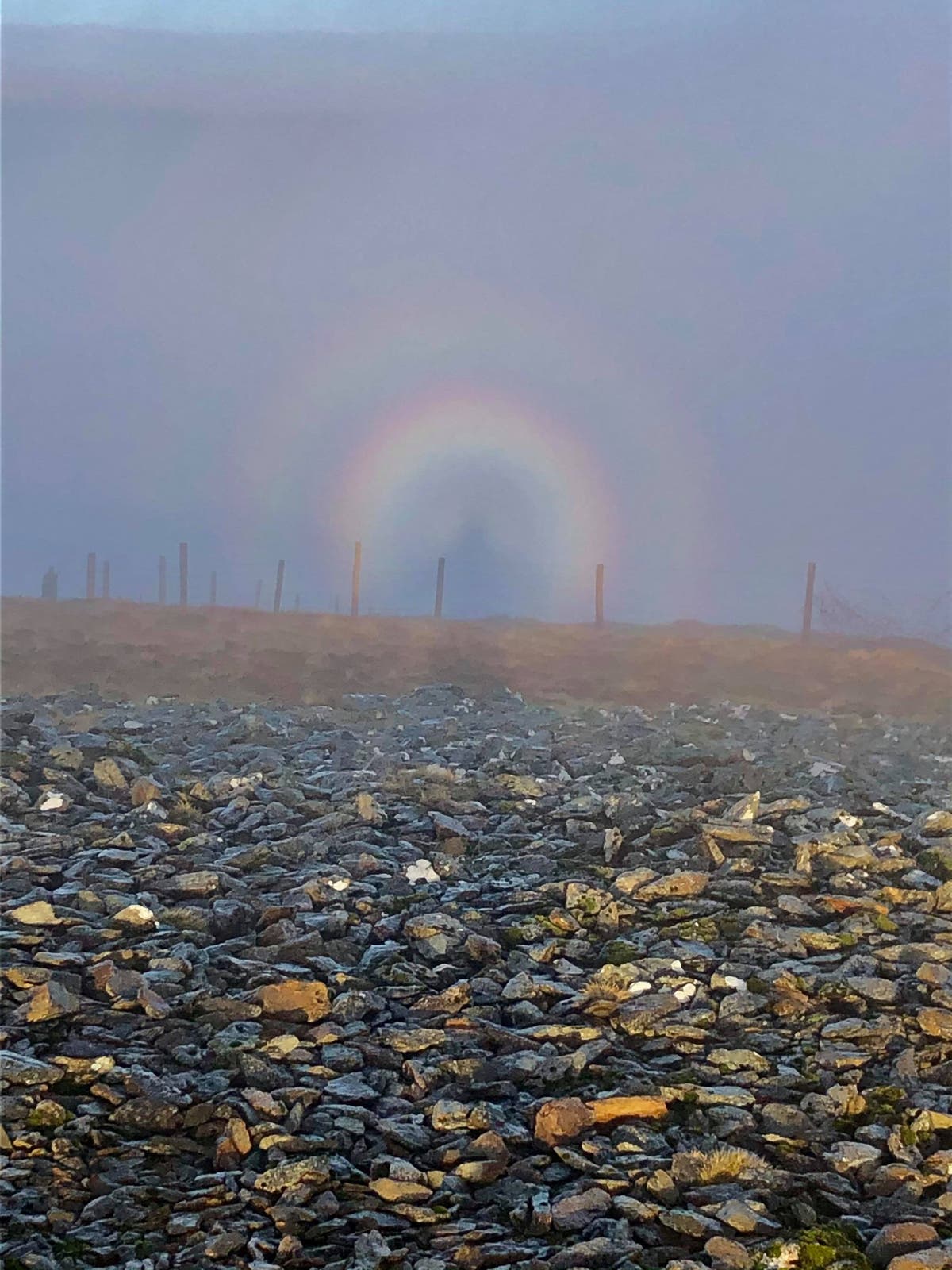 A hiker has recounted the “unbelievable” moment he spotted a rare weather phenomenon while walking in North Wales.

Liam Roberts, a lorry driver from Bangor, saw a Brocken spectre while he was climbing Moel Eilio, a mountain in Snowdonia.

According to the Met Office, a Brocken spectre is a large shadow of an observer that is cast onto a cloud or mist.

When a person stands on a hill partially covered with mist, and in such a position that their shadow is projected onto the mist, they may get the illusion that a shadow is a larger-than-life person seen dimly through the mist.

Such projections are sometimes surrounded by a rainbow coloured halo, known as a glory, as witnessed and photographed by Mr Roberts.

“I’ve never seen anything like this before… I’m speechless,” the 35-year-old told the PA news agency.

“I kind of turned around to look at the views and I see this circle. I honestly thought it was some kind of rainbow it kept getting brighter then it disappeared then came back for about four minutes.

“It was unbelievable I couldn’t take my eyes off it, it was so unreal I was shocked.”

Mr Roberts said he hikes to aid his mental health and had climbed Moel Eilio last week to catch the sunrise.

According to the Met Office, the term Brocken spectre was coined by German pastor and natural scientist Johann Silberschlag in 1780, a reference to the Brocken peak of the Harz mountain range.

The optical oddity is mentioned in classical literature, including in the works of Charles Dickens and Lewis Carroll.

0 0 0 0
Previous : Hospitals across Europe scramble to replace millions of IV kits amid fear of infections
Next : His political future at stake, Erdogan seeks to remake Turkey