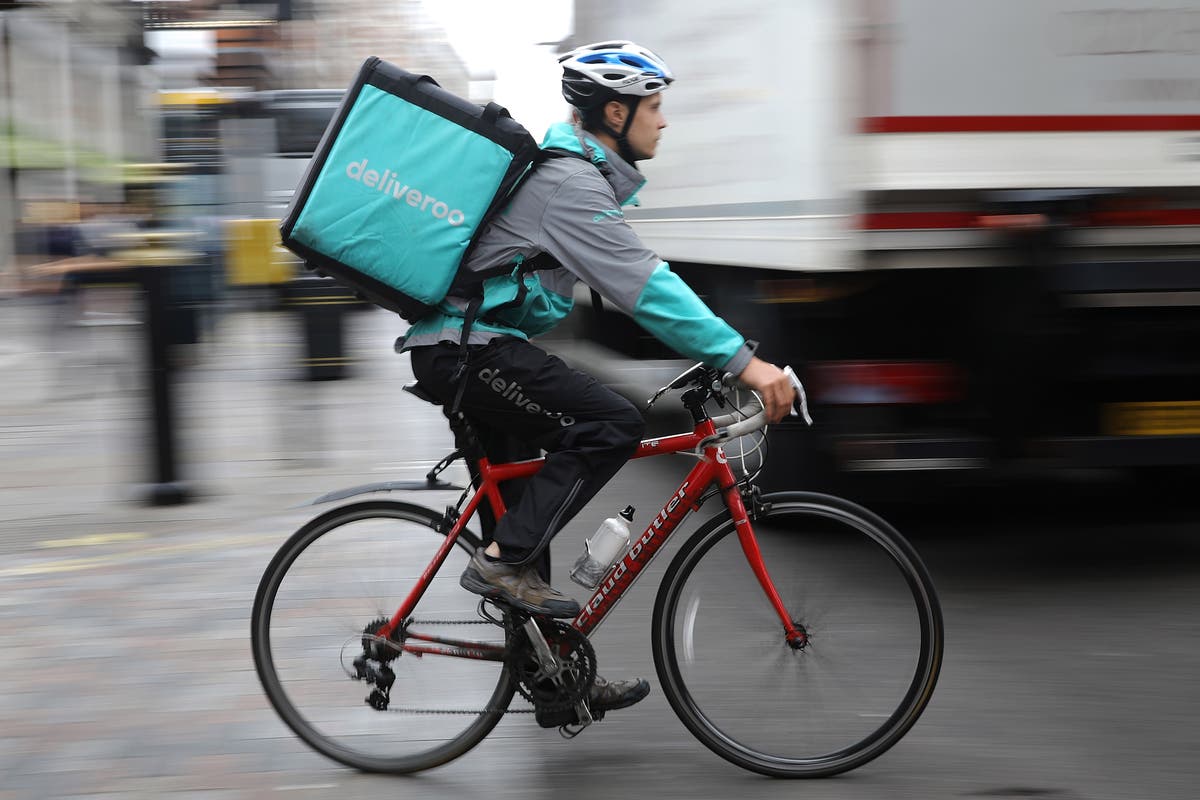 Deliveroo is targeting the biggest stock market debut in London for seven years as it seeks a valuation as high as £8.8bn.

The food delivery company which has thrived during the pandemic announced it would look to sell shares between 390p and 460p each.

“We are proud to be listing in London, the city where Deliveroo started,” said Will Shu, the company’s founder and chief executive.

The FTSE 100 fell 0.5 per cent on Monday morning after Hong Kong stocks closed lower and fears grew of more lockdowns in some European countries.

Polling shows that faith in the safety of AstraZeneca’s Covid-19 vaccine has declined in Spain, Italy, Germany and Spain despite Europe’s medicines watchdog

Such fears will not help Europe’s already slow vaccination programme which risks prolonging the economic downturn.

Adding to the pressure was a 15 per cent drop in Turkey’s lira after the country’s central bank boss was sacked.

Optimists on the global economic outlook are pinning their hopes on a bounce in spending as people use savings they have built up during the pandemic to make more purchases later in the year.

A report from the Resolution Foundation demonstrated how uneven the financial impact of Covid-19 has been.

The think tank found that half of workers suffered a real terms pay cut last year with average weekly earnings being “hugely disrupted” by the number of people furloughed.

The report cited official data suggesting 2020 saw the fastest wage growth in nearly two decades was “too good to be true”.

It had previously been reported there was an average weekly earnings growth of 4.5 per cent in late 2020.

Growth among higher-paid workers was relatively strong but weaker among the lower-paid, the report said.