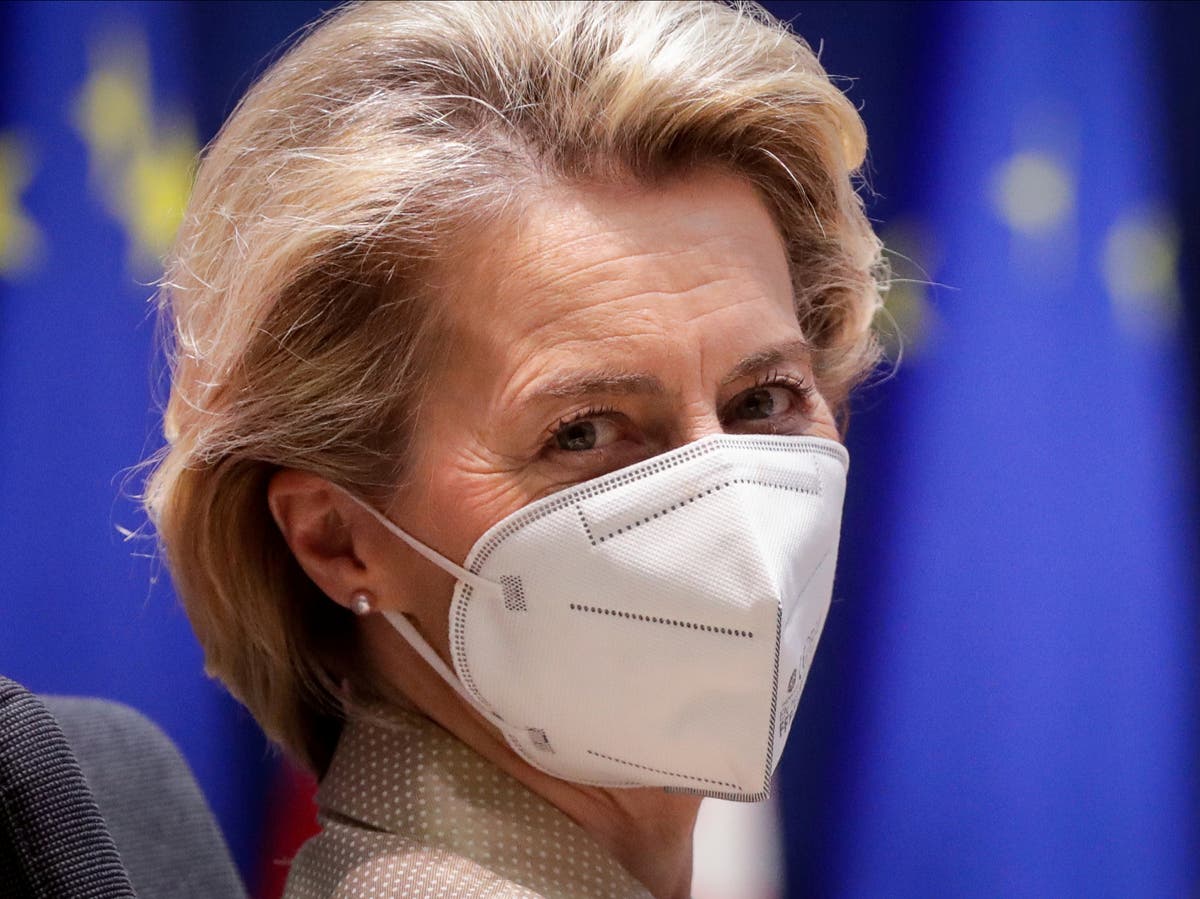 The European Union is set to block exports of Oxford-AstraZeneca vaccines to the UK, according to reports.

Senior officials told Bloomberg news agency that any requests for doses produced in Europe would be reviewed “very severely” until the British-based company fulfilled its contract with the bloc.

Any vaccines and ingredients produced in European factories “will for now be reserved for local deliveries,” the source added.

The comments were made ahead of a meeting of EU leaders to discuss a possible export ban on Thursday.

It comes after defence minister Ben Wallace said any attempt to block Covid-19 vaccine exports to the UK would be “counterproductive”.

Mr Wallace added: “The grown-up thing would be for the European Commission and some of the European leaders to not indulge in rhetoric but to recognise the obligations that we all have.”

An EU export ban could delay the UK’s vaccination programme by two months, according to analysis carried out for the Guardian . However the same analysis found the EU programme would only be sped up by a week if it kept the supplies meant for the UK.

Reuters reported the vaccine row is focused on a factory in the Netherlands which features in AstraZeneca contracts signed with both Britain and the EU.

An EU official claimed that whatever was produced in the plant, run by the subcontractor Halix in Leiden, had to go to Europe.

“The Brits are insisting that the Halix plant in the Netherlands must deliver the drug substance produced there to them. That doesn’t work,” the official added.

Downing Street declined to comment specifically on the reports.

Boris Johnson is expected phone EU leaders early this week to urge them ot to blockade vaccines manufactured in Europe.

The EU has complained that AstraZeneca is not respecting its contract to supply vaccines to member countries, while apparently fulfilling its obligations under its contract with the UK.

European Commission president Ursula von der Leyen said earlier this week that “we didn’t get anything from the Brits while we are delivering vaccines to them”.

It follows a diplomatic row earlier this month after European Council president Charles Michel claimed the UK had imposed an “outright ban” on the export of Covid vaccines.

EU officials say that the UK is using a clause in its supply contract with AstraZeneca that prevents export of vaccines produced in Britain.