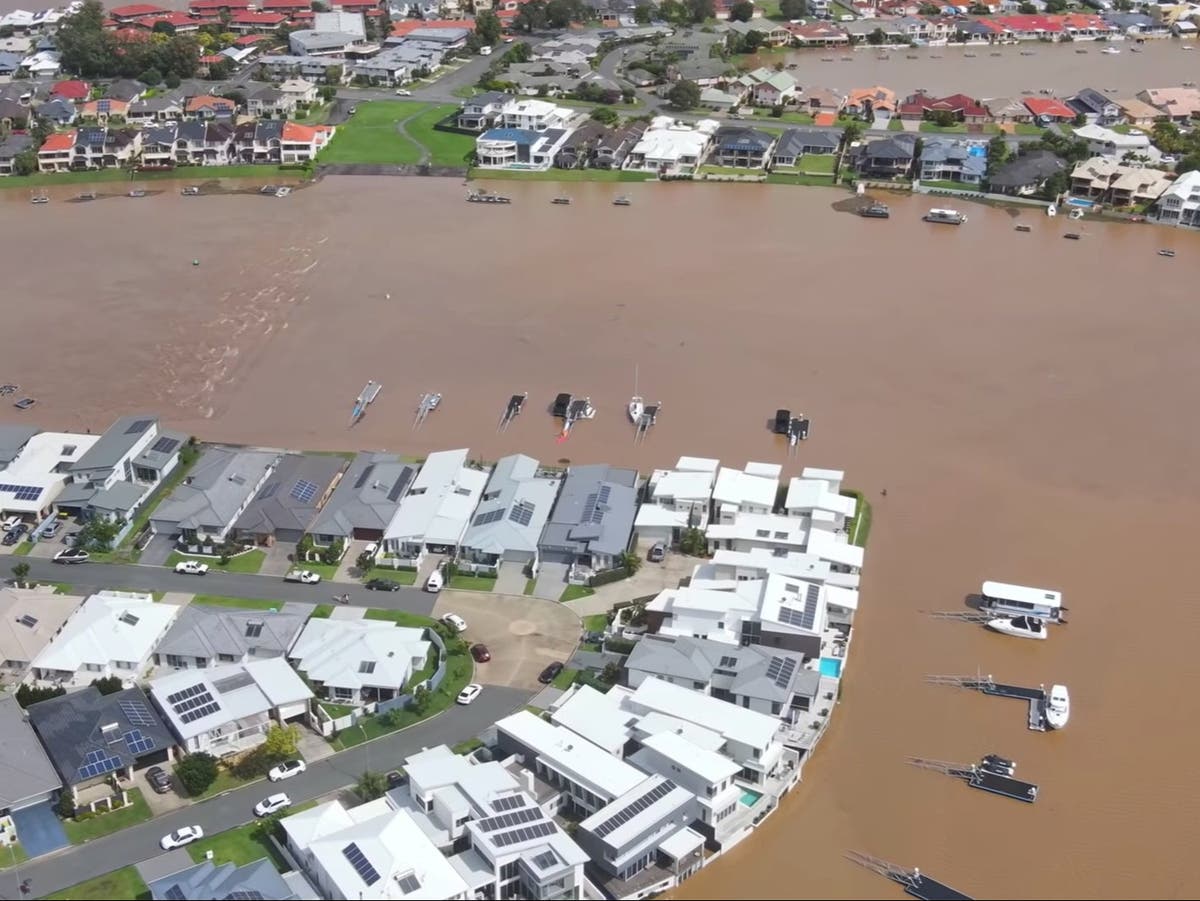 Residents of NSW shared pictures of clusters of spiders trying to escape the floodwaters on social media, prompting comments from “horrified” users.

One Melanie Williams from Macksville in NSW, whose house was surrounded by water, told ABC News that she saw thousands of spiders scaling the fence in her front yard. “That was enough to really freak me out, I had never seen anything like it before. I am an arachnophobe from way back so I hope they’ve gone back to wherever they came from. I occasionally see spiders around the place but never anything like that, it was just insane.”

The spiders were later identified to be wolf spiders. Experts told local media that wolf spiders typically live underground in burrows but floodwaters have forced them out of their homes.

An hour away from her Macksville home, another resident in Kinchela Creek shared a photo of these spiders. “All the brown you can see is spiders trying to beat the floodwater,” Matt Lovenfosse wrote.

Mr Lovenfosse told reporters that he had, at least 20 years ago, witnessed the same phenomenon in a flood when he was seven years old.

ABC News quoted Professor Dieter Hochuli who leads Sydney University’s integrative ecology group: “What happens with the floods is all these animals that spend their lives cryptically on the ground can’t live there anymore. The spiders are the really obvious ones as they throw out their webs. Just like people, they’re trying to get to higher ground during a flood.”

Meanwhile, NSW Premier Gladys Berejiklian has revealed that more than 18000 people have been forced to flee their homes due to the flood crisis.

Proffessor Hochuli, speaking about the phenomenon, told local reporters: “They can’t fly, so they do what they have to, to escape the water.”

Researchers claimed that this was common for a swarm of spiders to appear during a flood. Dr Lizzy Lowe, an arachnologist at the independent research company Cesar Australia, told the Guardian, “in spring and summer it’s peak spider time. Many will die off in the winter, or survive as egg sacks … If you get floods in summer you’ll see lots of spiders.”

0 0 0 0
Previous : Nine-year-old boy hospitalised after being bitten by shark while on holiday at Miami Beach
Next : Existing vaccines may protect against the Brazilian coronavirus variant