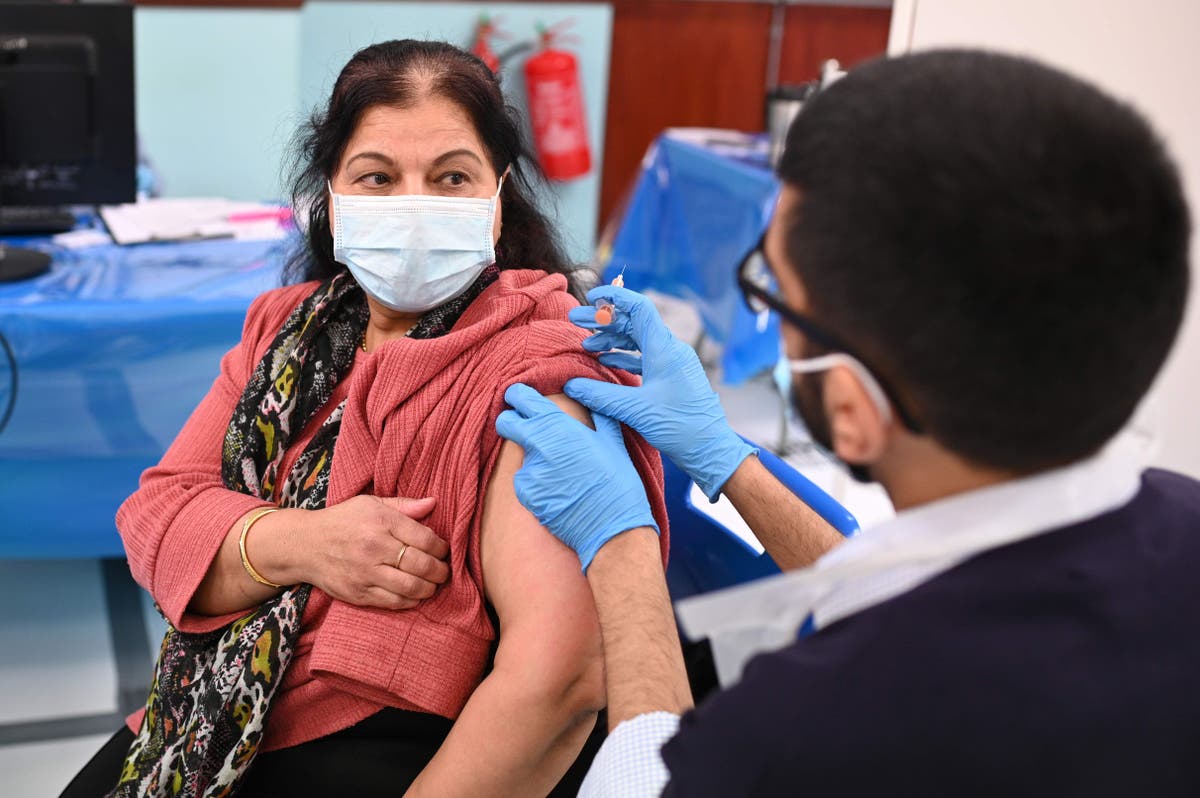 Scientists also said there were no concerns associated with blood clots, adding weight to rulings by UK and European regulators that the AstraZeneca jab is safe to use.

The study, which involved 32,449 participants in the US, Chile and Peru – 20,000 of whom were given the vaccine, with the rest given dummy jabs – also found the vaccine was effective in all ages, including the over 65s.

Rollout of the AstraZeneca jab to older age groups had a delayed start in several European countries over what officials on the continent said was a lack of data to prove its efficacy.

Around one in five of the participants was over 65 and efficacy was shown to be 80 per cent in this age group.

The degree of effectiveness for the jab was even higher than observed in the Oxford-led clinical trials. Early full trial data released in December suggested the vaccine was 90 per cent effective in a small group who got a half-dose first, and only 62 per cent in the main study group.

An independent data safety monitoring board (DSMB) which assessed the new US data identified no safety concerns related to the vaccine.

It conducted a specific review of thrombotic events, as well as cerebral venous sinus thrombosis (CVST) – the specific type of brain blood clot that has been troubling Europe.

The DSMB found no increased risk of thrombosis among the 21,583 participants receiving at least one dose of the vaccine. The specific search for CVST found no cases in this trial.

Last week the the European Medicines Agency regulator said in a preliminary safety review that the AstraZeneca vaccine was safe and effective and not linked with a rise in the overall risk of blood clots. The EMA did not rule out a possible link, however, with rare cases of CVST.

At least 13 European countries in the past two weeks stopped administering the AstraZeneca jab, co-developed with scientists at Oxford University, after reports of a small number of blood disorders.

Andrew Pollard, professor of paediatric infection and immunity, and lead investigator of the Oxford University trial of the vaccine, said: “These results are great news as they show the remarkable efficacy of the vaccine in a new population and are consistent with the results from Oxford-led trials.

“We can expect strong impact against Covid-19 across all ages and for people of all different backgrounds from widespread us of the vaccine.”

Sarah Gilbert, professor of vaccinology, and co-designer of the vaccine, said the new findings “provide further confirmation of the safety and effectiveness” of the jab.

She added: “In many different countries and across age groups, the vaccine is providing a high level of protection against Covid-19 and we hope this will lead to even more widespread use of the vaccine in the global attempts to bring the pandemic to an end.”

Early findings from the study are a step towards US drug regulators approving the AstraZeneca jab for use there.

The pharmaceutical company must submit the results to the Food and Drug Administration, where an advisory committee will then publicly debate the evidence before the agency decides whether to allow emergency use.

AstraZeneca’s vaccine has already been authorised in more than 50 countries worldwide.

0 0 0 0
Previous : Father of trans teen to be kept in jail after speaking to press about resisting hormone injections for his child – David Icke
Next : David Icke Talks To Karleen Savariau In Mexico About The Global Hoax Being Played On Humanity