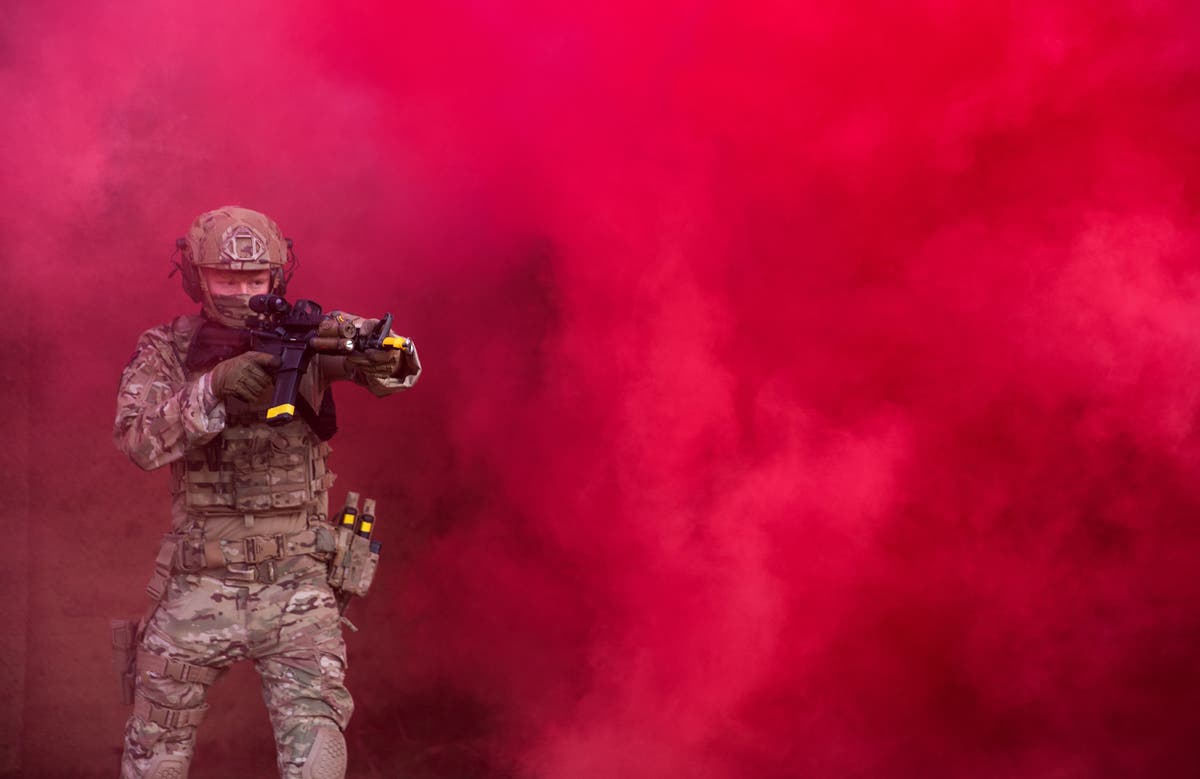 The Royal Marines are to be transformed into a new Future Commando Force (FCF) to be deployed around the world on an “enduring basis” in a major overhaul of the armed forces.

The Ministry of Defence said the FCF will take on many of the traditional tasks of the Special Forces, the SAS and SBS, alongside a new Army Ranger Regiment announced last week.

The changes are to be be set out in a defence command paper, as forces are braced to lose some “industrial age” capabilities with older tanks, ships and warplanes to be axed or phased out early.

The biggest loser is expected to be the Army, amid reports that around 10,000 troops are to be cut, reducing its overall strength to around 72,500.

It will mean forces spending more time deployed overseas, either on operations or training, to support allies and to pre-empt and deter hostile powers such as Russia, identified in the Integrated Review as the “most acute threat” to the UK.

The FCF will see the Royal Marines evolve from an “amphibious infantry” held at readiness in the UK to a versatile, special operations-capable force “persistently forward deployed”.

It will receive over £200m of direct investment over the next decade to carry out maritime security operations and to “pre-empt and deter sub-threshold activity, and counter state threats”.

The head of the Army General Sir Mark Carleton-Smith indicated at the weekend that the creation of the Rangers alongside the FCF would free up the Special Forces to focus on the “most persistent and lethal threats” associated with “hostile state actors”.

Ahead of the publication of the command paper, defence secretary Ben Wallace said: “From striking Daesh terrorists in Iraq, disrupting drug shipments and deterring Russian aggression in the Baltics, our armed forces already reach where others cannot.

“In the coming years, we will broaden the spectrum of this worldwide engagement even further.

“Across a vast global footprint, we will be constantly operating to deter our adversaries and reassure our friends, integrating with our allies, and ready to fight should it be necessary.”

The government has already announced that the HMS Queen Elizabeth carrier strike group will deploy to the Indo-Pacific region later this year.

The command paper will set out plans for Royal Navy patrol ship HMS Trent to operate out of Gibraltar, supporting Nato allies and the Mediterranean and joining international counter piracy operations in the Gulf of Guinea off the coast of West Africa.

Overall, there will be more money for new capabilities such as electronic warfare and the development of autonomous systems such as drones.

The National Cyber Force will be expanded and there will be a new space command to co-ordinate the UK’s military and commercial space operations.

At the same time, the paper is expected to mean the Army’s Challenger 2 main battle tanks cut by a third and the Warrior infantry fighting vehicle and the C-130J Hercules transport aircraft taken out of service altogether.

It is reported that 24 Typhoon fighters and four Type 23 frigates will be retired from service while new capabilities are developed with the Royal Navy’s 13 minesweepers reportedly in line to be replaced by underwater drones.

“There’s a gulf between the government’s ambitions and its actions, which is set to grow with this new review.”

0 0 0 0
Previous : What has maths got to do with Mozart and Moby-Dick?
Next : ‘Sorry’: GOP US Rep. Tom Reed retiring amid misconduct claim House of Representatives Congress Andrew Cuomo Donald Trump Joe Biden