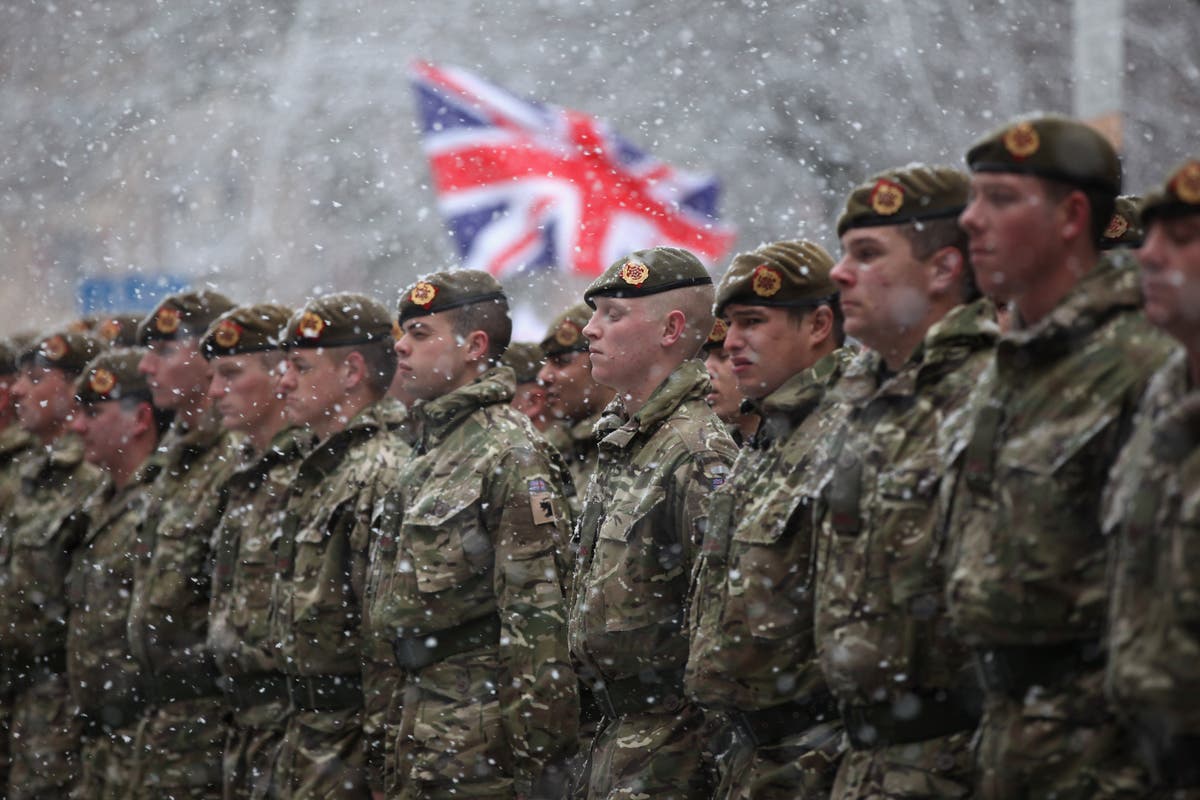 Britain’s long-awaited defence review – described as the most significant since the Cold War – sees a smaller, nimbler military that can tackle modern roles such as protecting undersea cables or combat weaponised satellites in space.

Forces will be better equipped, but smaller in number. Much of the existing kit will be replaced by upgraded substitutes, but there is apprehension about delay which often occurs in the procurement process.

The size of the army will be reduced by around 10,000 to 72,500, making it the smallest since 1714 War of Spanish Succession. Seven divisions will be reduced to four. More than 70 Challenger 2 mainline battle tanks will be mothballed. The squadron of 600 Warrior armoured vehicles will be retired while its replacement, Boxer, is still being developed.

The number of royal navy frigates and destroyers will be reduced by two to 17 until the end of the decade when it rises to 20, with the eventual aim of reaching 24 by the mid-2030s.

In the RAF, all 14 C-130 Hercules transport aircraft will go by 2023, to be replaced by the A400Ms.  Nine ageing Chinook helicopters and 20 Pumas will go, albeit with upgrades promised. Twenty-four Typhoon aircraft will leave service, with F-35s coming in and a new aircraft being developed in the UK as part of Project Tempest.

But while other conventional weaponry is being cut, the UK will increase its stockpile of nuclear warheads by 40 per cent, reversing the policy of seeking reduction to the nuclear arsenal.

The government says it must reserve the right of nuclear retaliation in response to acts of aggression, including chemical and biological and even cyberattacks.

The military’s forward posture will be allied with a doctrine of “Indo-Pacific Tilt”, with a post-Brexit “Global Britain” seeking alliances outside Europe and returning to east of Suez.

Later this year, the aircraft carrier HMS Queen Elizabeth, accompanied by support ships, will go on its maiden operational voyage in the Indo-Pacific with US F35 warplanes aboard.

There will also be focus on counterinsurgency. The army is setting up a special operations brigade for missions abroad, with a Ranger regiment that will engage in combat, as well as carry out training from a string of international bases.  A similar role is also envisaged for the royal marines, changing to Royal Marines Future Commando Force.

The Command Paper setting out the changes – Defence in a Competitive Age – states previous reviews have been “overambitious and underfunded, leaving forces that were overstretched and underequipped”.

It said the Integrated Review offered a “refreshed strategy and increased funding” that would “turn hollow forces into credible ones, modernising for the threats of the 2020s and beyond”.

Defence secretary Ben Wallace described the review as “an honest assessment of what we can do and what we will do”.

“We will retire platforms to make way for new systems and approaches, and we will invest in that most precious commodity of all – the people of our armed forces,” he pledged at its launch.

However, there will be strong criticism over army cuts. Lord Richard  of Herstmonceux, the former chief of defence staff, warned that modernisation should not take place “at the expense of conventional capabilities”.

“You’ve got to have some of the more traditional capability in case mass becomes an asymmetric attraction to one’s potential opponents,” Lord Richards told Times Radio.

“I’m thinking Russia and China … they still possess large numbers, and if all we’ve got is high-tech stuff, and they’ve got half a million troops that can come across the border at you, then these high-tech capabilities aren’t going to be much good.

“If your opponent senses that they are at a disadvantage, or their own capability is being neutered by one’s own possession of those capabilities, they will look for another way of achieving their goals, and that could suddenly become numbers again, mass. And we certainly won’t have it.”

The opposition has also been critical, with shadow defence secretary John Healey saying there was a “gulf between the government’s ambitions and its actions, which is set to grow with this new review”. He added: “Further army cuts could seriously limit our forces’ capacity simultaneously to deploy overseas, support allies and maintain strong national defences and resilience.”

0 0 0 0
Previous : Bid to save leaseholders from huge bills to remove cladding defeated by government
Next : Britain and the EU are talking about financial services and co-operation. But talk is cheap