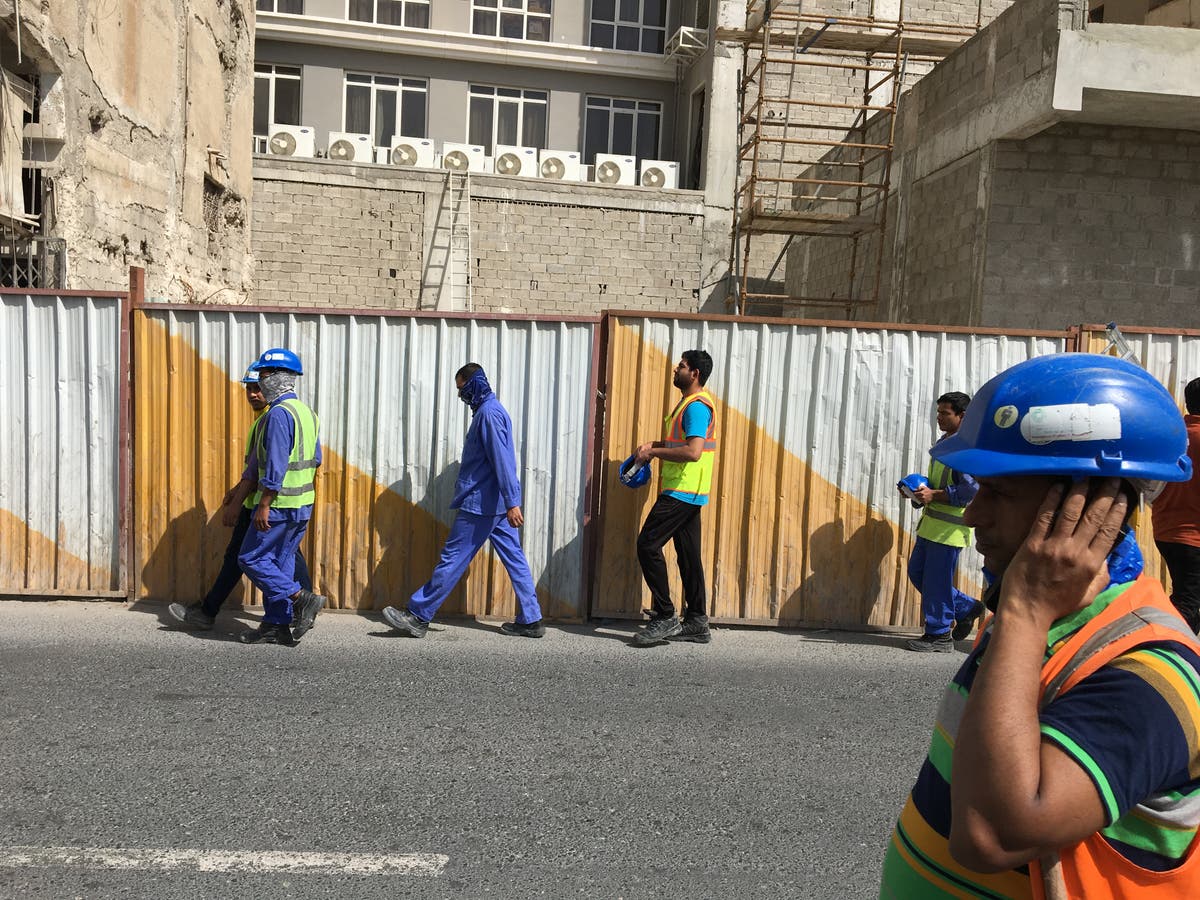 In a letter to Fifa president Gianni Infantino, the human rights group said football’s governing body must use the “full extent of its influence” to ensure Qatar lives up to high-profile commitments to improve working conditions.

“As the World Cup organising body, Fifa has a responsibility under international standards to mitigate human rights risks arising from the tournament,” said Steve Cockburn, head of economic and social justice at Amnesty International.

He told The Independent that this meant Fifa having a “much more hands on role in the 18 months left to the tournament”.

Amnesty said Qatar’s World Cup “simply would not be possible without migrant workers”.

“Fifa must use its voice to urge Qatar to urgently implement and enforce existing reforms, and to reject proposals to strip workers of their newly gained rights,” added Cockburn.

Some 1.4 million workers from Bangladesh, India, Nepal and Sri Lanka are employed in Qatar, many directly on World Cup projects.

Concern has grown among human rights groups in recent weeks that Qatar could renege on some of the reforms it had promised to have in place before the tournament, the first World Cup to be held in the Middle East, kicks off in November next year.

A recent meeting of Qatar’s Shura Council, a senior body advising ministers in the Gulf monarchy, recommended going back on key labour reforms including removing the right of some migrant workers to change their jobs during contracts, in the form of a No Objection Certificate (NOC).

This change was seen as being key in dismantling the widely criticised “kafala” system, which ties employees to their bosses. Even though abolition of the NOC was announced last August, those on the ground in Doha say the new rules have not been properly enforced and that abuse of workers continues.

Fifa “must act now to ensure that the 2022 World Cup is a tournament to be proud of, and not one tainted by labour abuses”, said Amnesty.

Concerns have also grown following a recent report by the Guardian newspaper that 6,500 migrant workers had died in Qatar since it was awarded the right to host the tournament in 2010.

The call by the human rights’ group comes ahead of the start of European qualifiers for the 2022 tournament later this week.

Mr Cockburn said Amnesty was yet to receive a response to its letter from Fifa.

Despite establishing a human rights policy in 2017, football’s governing body has long been criticised for not doing enough on human rights in Qatar.

When Qatar announced the end of the “kafala” system four years ago, activists said Fifa deserved no credit and had “sat on the sidelines” in the campaign for better worker conditions.

In response to Amnesty’s letter, Qatar said it was “setting new standards for the region and improving the lives of millions of people”.

“Workers can change jobs freely and no longer need an exit permit to leave the country. Over 100,000 workers have successfully changed jobs in the six months since the labour mobility law was introduced,” said a statement from Qatar’s Government Communications Office.

At the weekend, Qatar introduced a new monthly minimum wage for workers of 1,000 riyals per month, around £200.