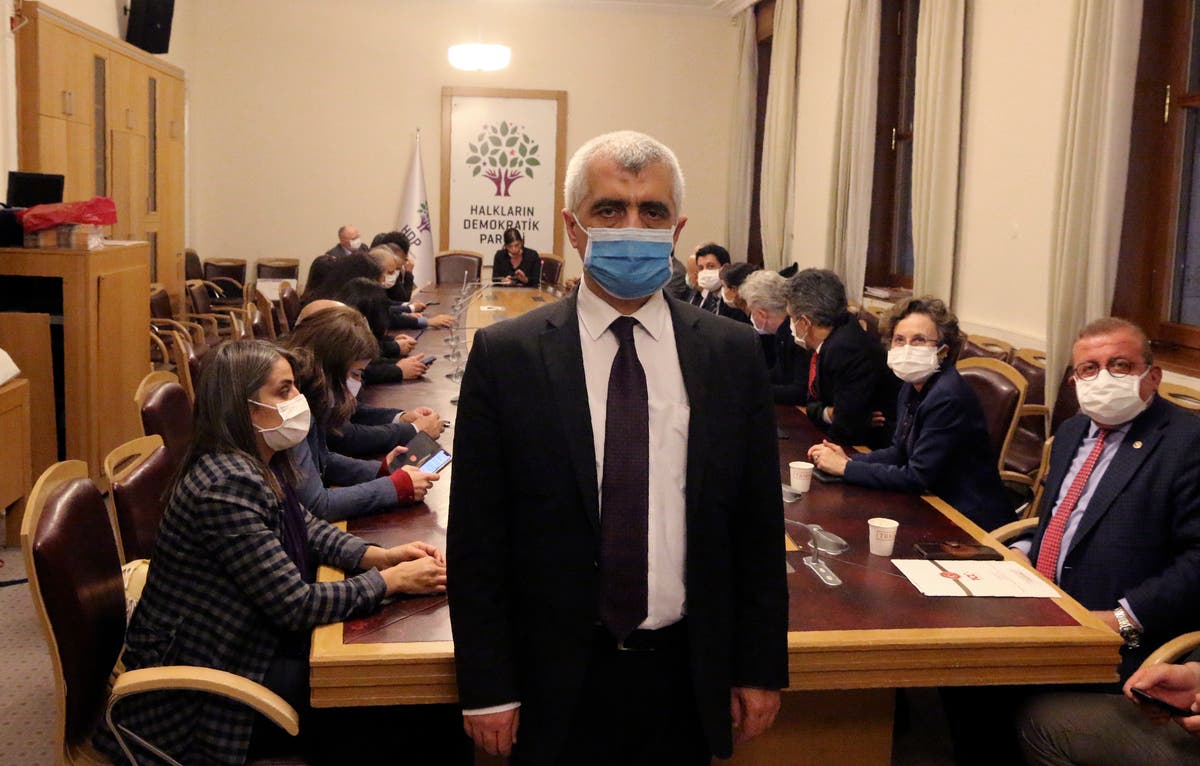 Turkish police have detained a prominent pro-Kurdish party politician who was staging a days-long protest in parliament.

Omer Faruk Gergerlioglu, from the Peoples’ Democratic Party, or HDP, refused to leave parliament after he was stripped of his status and immunity as lawmaker on Wednesday. The party said around 100 police officers entered parliament to detain him Sunday. Video of his detention showed police officers dragging him away.

The party, which is in the throes of a government crackdown, said Gergerlioglu was detained as he was performing his ablutions for morning prayers.

“The police insisted on detaining him, and took him away in his pajamas and slippers,” the HDP said in a statement.

Gergerlioglu, the former head of an Islamist human rights association, has exposed several human rights violations in Turkey, including alleged illegal strip-searches of detainees by police.

Gergerlioglu was convicted in 2018 and sentenced to two years and six months in prison for “spreading terrorist propaganda” after he retweeted a 2016 news article about a call for peace by the outlawed Kurdistan Workers’ Party, or PKK. An appeals court confirmed the conviction, saying he was “owning” and “legitimizing” the PKK by sharing the link, which included a photograph of armed fighters.

The PKK is considered a terrorist organization in Turkey, Europe and the United States.

Supreme Court prosecutors have also filed an indictment at the Constitutional Court for the HDP’s closure and are seeking a five-year ban on 687 members’ participation in politics. It is the latest crackdown on the party, which has seen its former leaders, lawmakers and thousands of activists arrested.

0 0 0 0
Previous : How Not To Be A Rockstar – Only £2.50 – David Icke
Next : I don’t want to terrify you – but it’s unavoidable when you listen to this pseudo-infant school headmistress, June Raine, who actually heads the MHRA government ‘regulator’ that gave emergency approval for an untested ‘vaccine’ never used on humans before and now tells us we should keep getting it despite the death and disease it is causing. Settle down children … your headmistress is going to talk to you …