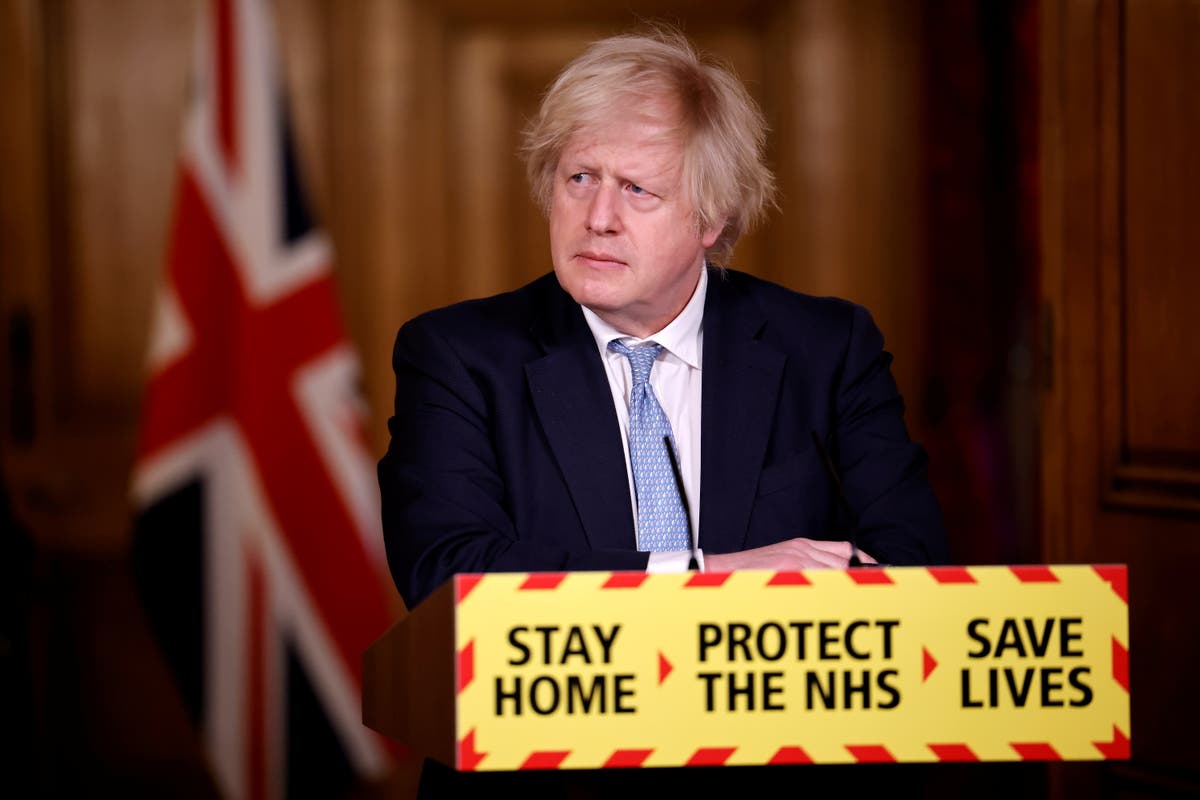 Conservative backbenchers are pressuring Boris Johnson not to extend coronavirus powers by another six months and are planing to rebel on the issue in a vote later this week.

The prime minister is expected to get approval from MPs on Thursday to extend the powers in the Coronavirus Act until October.

But a minority of his Tory colleagues object to the approach and say the speed and success of the vaccine programme means restrictions should be lifted faster.

Mark Harper, the chair of the Coronavirus Recovery Group (CRG) of MPs, questioned “draconian” powers and said “reasonable people” would wonder if the government had struck the right balance.

Meanwhile Steve Baker, a former minister and another member of the CRG, said the government should be held to account.

“Let’s be absolutely clear, because it seems Labour and the SNP will vote for any old authoritarianism these days, it looks like the Government will get their business with an enormous majority,” he told Sky News.

“But I do think it’s important that some of us do seek to hold the Government to account with these extraordinary powers.”

In a separate statement, he added: “With so many vulnerable people now vaccinated, people may ask why the restrictions the Government is bringing in this coming week are tougher than they were last summer when we didn’t have a vaccine.

“The detention powers in the Coronavirus Act are disproportionate, extreme, and wholly unnecessary.

“Renewing them would not be reconcilable with the Prime Minister’s guarantee that we are on a ‘one-way road to freedom’ by June 21.”

Meanwhile Huw Merriman, another Tory MP who chairs the transport select committee, said it was essential the government stuck to its reopening dates and called for the “dividend” of international summer travel.

His colleague Desmond Swayne, also a former minister and lockdown critic, told the Observer newspaper: “The whole point of having a successful vaccine campaign is that we want to take advantage of it.

“We mustn’t forget the huge economic costs involved with continuing with lockdown a day longer. I do feel that we’ve got an excess of caution and not enough sense of urgency about the damage.”

Another persistent lockdown sceptic, Charles Walker, vice-chairman of the 1922 Committee, added: “People are exhausted, they’re tired. They’re still frightened. The last thing we want to do is just ramp up that anxiety. We should be de-escalating it. The scientists have just got to let the government now do the messaging.”

But despite the loud criticism from the Tory backbenchers, rebellions against Covid-19 measures and powers have so far been very limited in number – none coming close to overturning the government’s majority.

Defence Secretary Ben Wallace defended the government’s approach and said it would be responsive to the situation on the ground.

“The final mile is the most important thing for us all, make sure we buckle down, get through the different stages the Prime Minister set out,” he said.

“At each stage we will be taking assessments from the science, from where we are in the pandemic, and take the steps required.

“It is not a one-way street. Just because we are seeking to extend the powers doesn’t mean we are deaf to how facts change on the ground.”

0 0 0 0
Previous : Half of women have little or no faith in CPS to prosecute crimes against them, poll finds
Next : Police seize 83 stolen dogs in raid