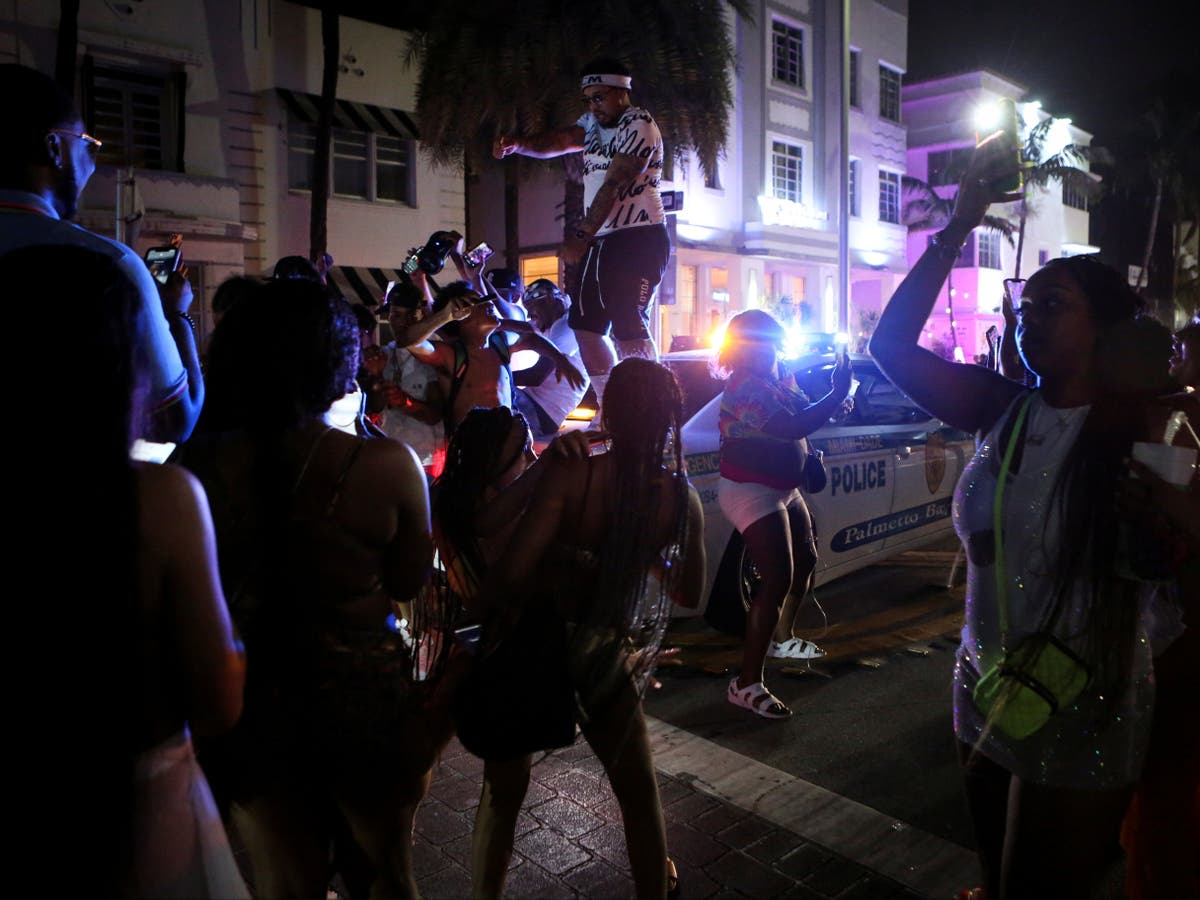 A state of emergency was declared for Miami Beach on Saturday with the city’s mayor saying spring break crowds were “more than we can handle”, as a curfew was announced.

Dan Gelber, the beach city’s Democratic mayor, told CNN that there were “too many” people and a general “level of chaos and disorder” on the streets of Miami Beach.

“Too many are coming, really, without the intention of following the rules, and the result has been a level of chaos and disorder that is just something more than we can endure,” said Mr Gelber.

Transportation Security Administration (TSA) officials screened more air passengers than at any time since the start of the Covid pandemic on Friday and Saturday.

Over 1.4 million Americans flew on each of those days, with thousands said to have arrived at Miami Beach and other warm destinations for the traditional spring break.

Officials from the city announced a curfew for the district from 8pm to 6am on Saturday, as “thousands” reportedly went without face coverings, and others were arrested.

“These crowds are in the thousands,” city manager Raul Aguila said of the crowds, and “as we hit the peak of the peak of spring break, we are quite simply overwhelmed.”

Mr Gelber added that crowds were “wall to wall” by Saturday, after the situation started to become disorderly on the streets of Miami Beach on Friday.

A video shared to Twitter shortly after the introduction of the curfew appeared to show crowds flee as police sprayed pepper balls. Other videos showed crowds dancing on the streets.

The curfew will reportedly last for 72 hours, although officials could extend it if crowds continue to ignore restrictions and gather in significant numbers, officials suggested.

Covid cases in Florida surpassed 2 million on Saturday, with an average of 4,465 cases being reported per day, according to analysis by The New York Times, for the past week.

While infection rates are far higher than for the previous spring break, the state’s Republican governor, Ron DeSantis, has taken a pro-business stance towards restrictions.

It means that officials in Miami Beach have found difficulty policing local policies on face coverings, and other Covid related restrictions.

The US Centres for Disease Control and Prevention (CDC), meanwhile, warn that if people “must” travel, they increase their chances of infection.