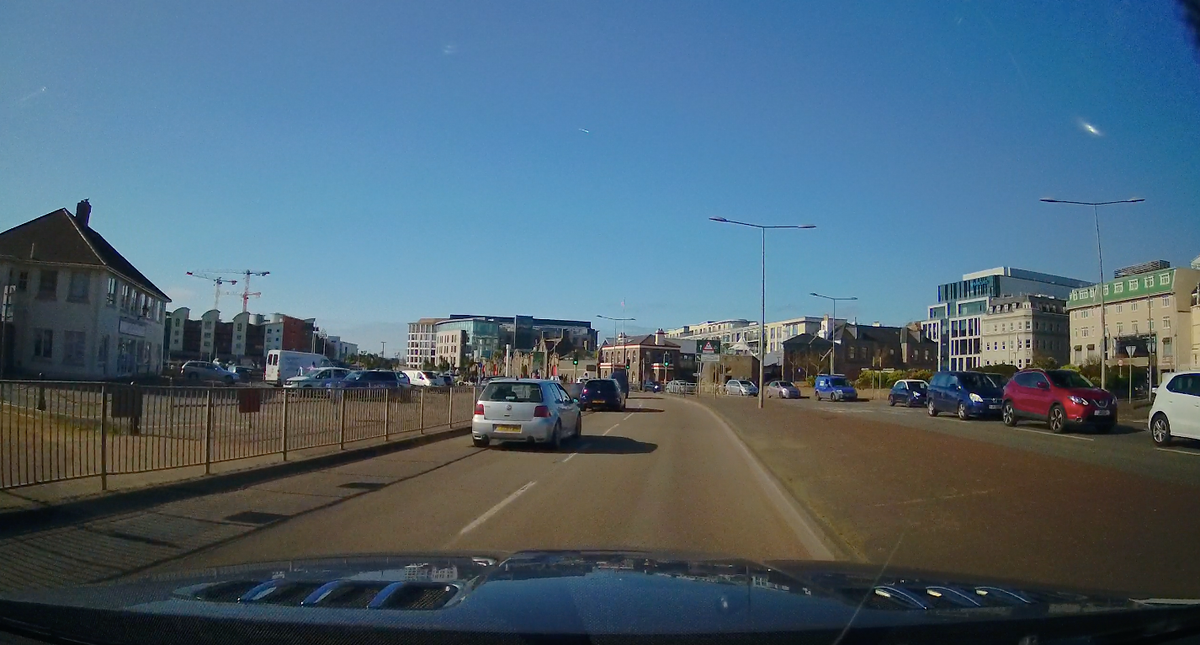 A man driving with his family in Jersey captured the moment a meteor streaked across the sky on his car’s dash cam.

Ian Dryhurst was travelling with his wife, Wendy, and twin sons when the family noticed a “bright light” sailing over the Channel Islands at 2.45pm on Saturday.

The meteor coincided with a sonic boom heard in parts of Cornwall, Devon, Dorset and Somerset which was said to have shaken houses.

The explosion-like noise can be heard when objects travel through the air faster than the speed of sound.

Mr Dryhurst said that spotting the meteor was “surreal” and “shocked us all a bit”.

“It happened so quickly, so I wasn’t sure at first whether it was just a strange reflection in the windscreen, or the sun playing tricks on us,” he said.

“It was only when we got home that I realised that the dash cam footage would have picked it up, and I checked and saw that actually it wasn’t just a trick of the light.”

Multiple reports of people spotting the meteor and hearing the sonic boom were shared on social media.

It is thought that the meteor – which was also confirmed as such by Jersey’s harbourmaster after reviewing available footage – was responsible for the sonic boom.

The British Geological survey tweeted that they have “no evidence of any seismic event”, while the Ministry of Defence said that the sonic boom was not linked to an RAF aircraft.

The most likely explanation for the noise, therefore, is the rare daylight meteor luckily captured on Mr Dryhurst’s dash cam.