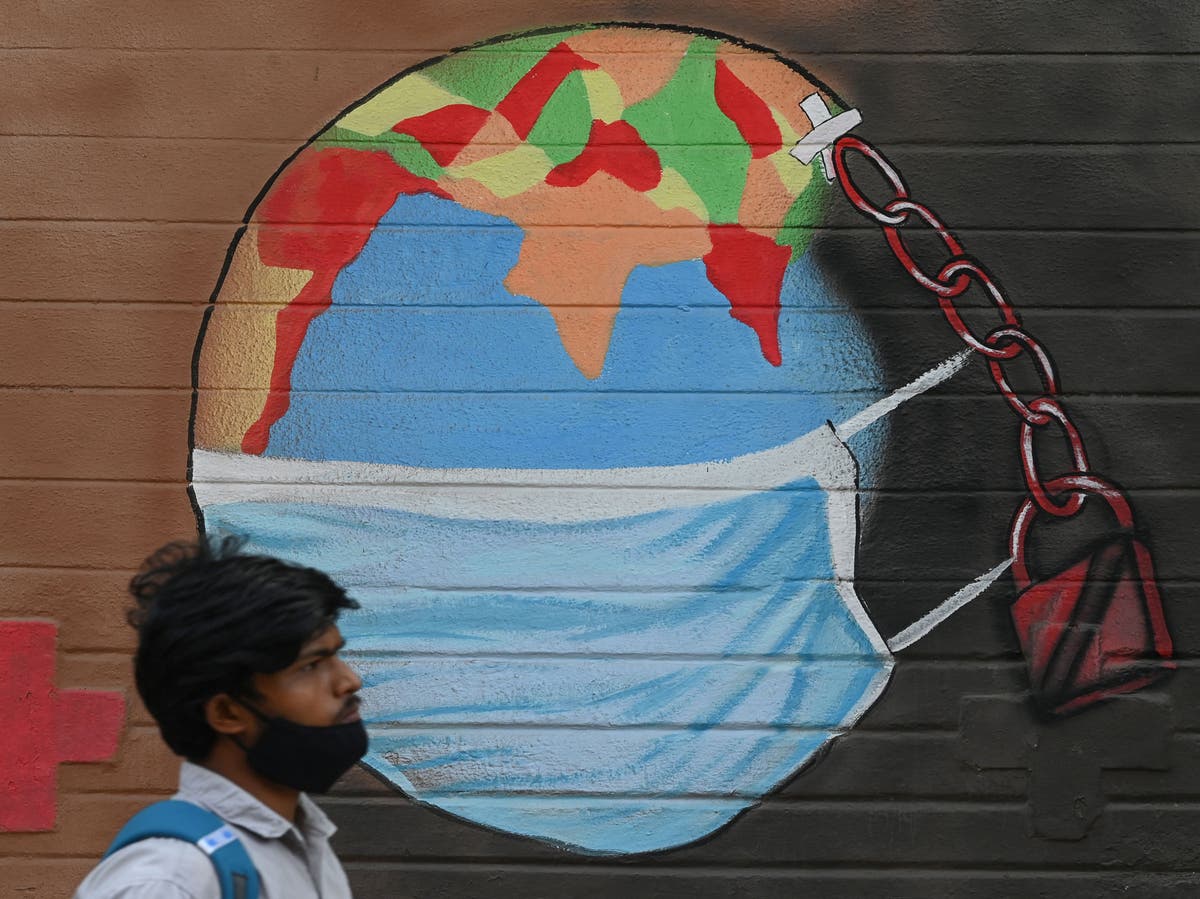 Social distancing measures and face masks could be used “for years”, according to a leading epidemiologist.

Public Health England’s head of immunisation, Mary Ramsay, said on Sunday “people have got used to those lower-level restrictions now, and people can live with them, and the economy can still go on with those less severe restrictions in place”.

“So, I think certainly for a few years, at least until other parts of the world are as well vaccinated as we are, and the numbers have come down everywhere, that is when we may be able to go very gradually back to a more normal situation,” she told the BBC.

Half of all UK adults have now received their first dose of a Covid vaccine, with Friday setting a record for the most jabs given in a single day. A combined 711,156 first and second doses were given to members of the public.

Professor Chris Whitty previously told MPs “simple interventions like washing hands, face masks where appropriate, test-and-trace, and above all vaccines” would hopefully keep the virus controlled beyond the roadmap out of lockdown.

Sir Patrick Vallance, the chief scientific adviser, has also said face masks could be needed in certain situations if the number of infections rises in the winter.

While Boris Johnson’s plan for easing restrictions in England has all legal limits on social contact ending on 21 June, a government adviser issued a warning on Friday over the potentially unsafe return of foreign holidays during summer.

“We should have learned from what happened last year,” said Professor Peter Openshaw, the vice-chair of Nervtag, which advises the government on emerging respiratory threats.

“There was a lot of importation of new cases from Greece, from Croatia, from Spain and those were major contributors to the cases that were seen in the UK at the end of last summer.”

He added: “I’m afraid we’re going to see the same again, because the virus is by no means defeated.”

Ben Wallace, the defence secretary, suggested earlier that he had not ruled out the foreign holiday ban being extended.

He told Sky News’ Sophy Ridge on Sunday that “we can’t be blind to what is going outside of the United Kingdom”, adding that booking a break abroad now would be “premature” and “potentially risky”.

0 0 0 0
Previous : What we know about the lives taken in the Atlanta shooting
Next : Acclaimed Egyptian feminist Nawal Saadawi dies at age 89 Council of Europe Anwar Sadat Time magazine Islamists Cairo