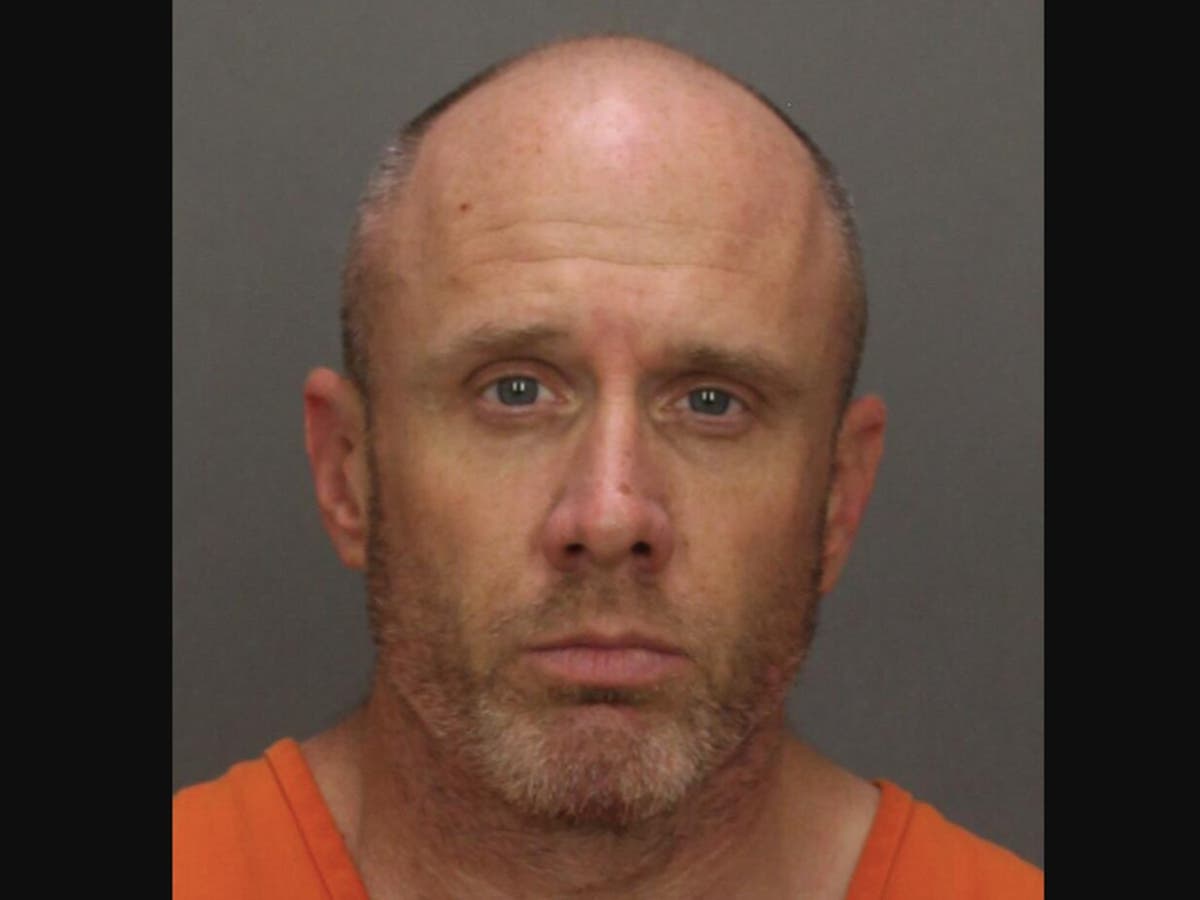 A suspect has claimed responsibility for 16 killings after being arrested for murder.

Sean Lannon, 47, stands accused of killing a man in New Jersey who he says sexually abused him as a child. He has also claimed responsibility for the deaths of another 15 people in New Mexico, prosecutors said.

Mr Lannon is a person of interest in four New Mexico deaths, including that of his ex-wife, The Guardian reported.

According to NJ.com, assistant prosecutor in Gloucester county Alec Gutierrez said during a detention hearing on Friday that “he admitted to killing a total of 16 people… 15 being in New Mexico and one in the state of New Jersey. It’s my understanding that the FBI is assisting New Mexico in their investigation.”

He was arrested on Wednesday in St Louis, Missouri driving the stolen car of his alleged New Jersey victim, Michael Dabkowski. Mr Lannon is accused of breaking into the home of Mr Dabkowski and beating him to death using a hammer, according to an affidavit.

Mr Lannon told investigators that he had returned to the home of Mr Dabkowski to find sexually explicit photos of the two men. Mr Lannon claims that Mr Dabkowski sexually abused him as a child.

Four bodies were found in a vehicle at New Mexico’s largest airport on 5 March, one of which was identified as Mr Lannon’s 39-year-old ex-wife Jennifer Lannon. Mr Lannon lived 80 miles away from the scene.

Mr Gutierrez said that Mr Lannon claimed that he had lured several victims to a home in New Mexico and dismembering some of them. Mr Lannon has only been charged with the murder in New Jersey and he has not been charged in New Mexico, according to The Guardian.

Public defender Frank Unger challenged probable cause for the New Jersey murder charge, arguing that Mr Lannon had entered Mr Dabkowski’s home with permission and that what subsequently transpired at worst could be charged as passion provocation manslaughter, NJ.com reported.

Mr Unger said that Mr Lannon had been abused and that he had gone to the residence to get the sexually-explicit images because he didn’t want anyone “to have control over me any longer”.

NJ.com reported that Mr Unger said that the “relationship quickly turned into an abusive one where Mr Dabkowski sexually abused Mr Lannon. He was repeatedly sexually assaulted and during that time [Mr Dabkowski] documented those sexual assaults, those rapes, by taking pictures of himself with Mr Lannon in sexually compromised positions”.

Mr Unger said Mr Lannon went there to get the photos and not to hurt Mr Dabkowski. In the 1980s, Mr Dabkowski mentored Mr Lannon along with his twin brother via a Big Brothers programme.

Mr Unger further said that Mr Lannon went and got two hammers from the garage and gave them to Mr Dabkowski, telling him: “You’re going to need these. I don’t want to hurt you.”

“I would suggest that this fact alone illustrates this was not purposeful murder. He did not even bring a weapon to the home,” Mr Unger added and alleged that Mr Dabkowski was the first to attack.

The judge said that minor references to the New Mexico allegations were acceptable but that the focus should be on the New Jersey charge.

Mr Gutierrez argued that the idea that Mr Lannon had gained permission to enter the home of Mr Dabkowski “should be looked at through the lens of at least three prior incidents in New Mexico”.

He added: “Those individuals, self-admittedly, were lured into the residence and subsequently murdered”.

Mr Unger argued for pretrial release as Mr Lannon has no earlier convictions and is veteran with an honourable discharge. With family in the area, Mr Unger suggested that Mr Lannon could stay in southern New Jersey while being electronically monitored.

Mr Gutierrez pointed out that Mr Lannon took on a new name when he returned to the east coast to avoid being discovered. He added that Mr Lannon was arrested in New Mexico some weeks ago for failure to appear and was in jail for a week. Mr Gutierrez alleged that Mr Lannon admitted to dismembering some victims to hide evidence and that he “is a significant danger to the community, based on those statements”.

0 0 0 0
Previous : Colorado relaxes mask mandate and limits on gatherings
Next : Protesters clash with police as 20,000 attend anti-lockdown rally in Germany