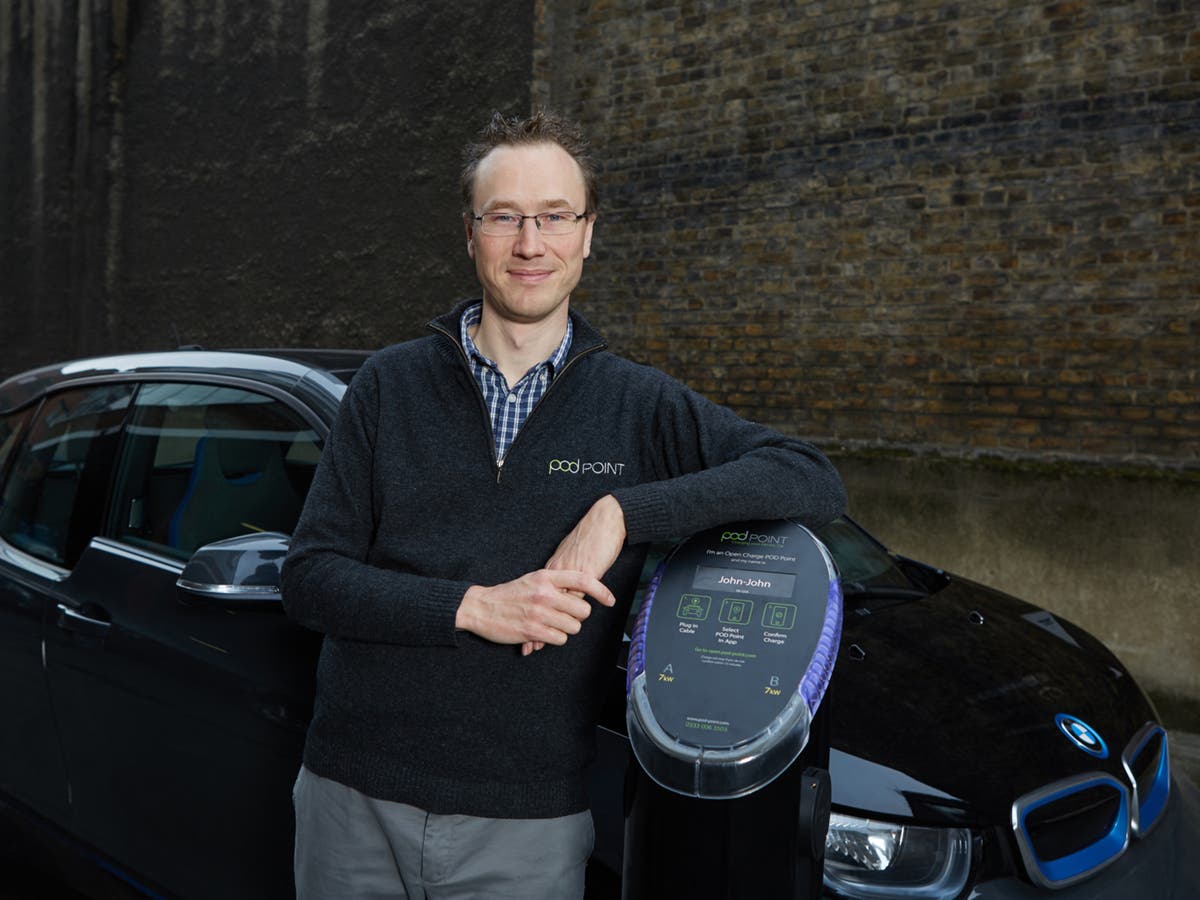 rik Fairbairn has crashed a lot of cars. Hundreds probably. But all with a notion of making them safer. And now he’s trying to ensure “they don’t do any damage to the planet”. Which is how he came up with the idea for Pod Point, the electric vehicle charging system, of which he is CEO, long before electric cars became commonplace.

Fairbairn describes himself as “a reformed petrolhead”. But his first car was electric too. He was about 10 and the car was one of those remote controlled ones that he used to zoom around the back garden. “I destroyed them regularly so I had to get used to putting them back together,” says Fairbairn. “But they probably made me think: electric can work, the internal combustion engine is not the only way.”

His first grown-up car was a second-hand blue Rover Metro. And he could do his own maintenance or even build his own car, having studied mechanical engineering at Sheffield University. But he soon turned his hand to deconstructing cars at the research and development sector of Ford, in Dunton, by festooning them with cameras and then aiming them at walls at high speed to see what happened. “The basic idea,” says Fairbairn, “was to make the bit at the front softer and the bit where you sit a lot stiffer.” They started with computer modelling but in the end there is no substitute for taking a real car and smashing it to bits. “Cars are enormously safer now,” says Fairbairn.

0 0 0 0
Previous : ‘You just feel stuck. Like, when is this going to end?’
Next : Wales to launch international exchange programme after Erasmus scheme pulled