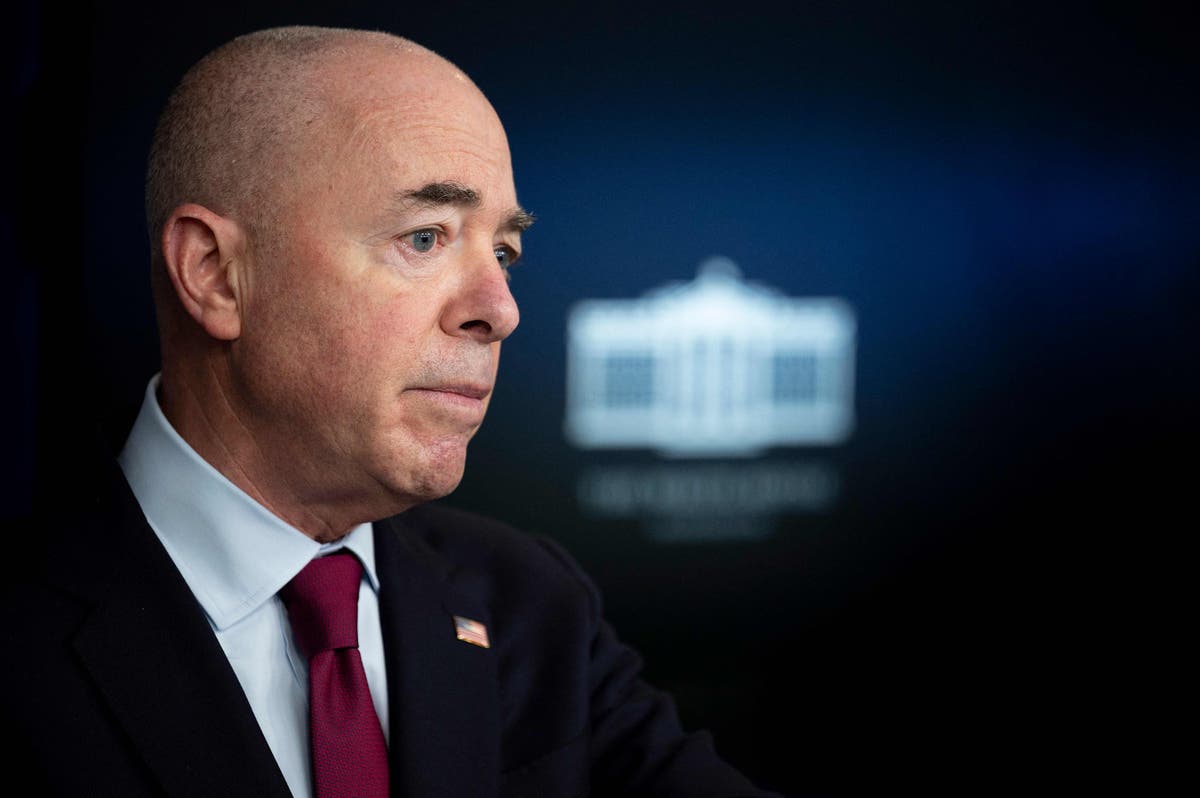 Mr Biden has kept in place a public health policy invoked by former president Donald Trump through the Centres for Disease Control and Prevention to turn most people away, expelling more than 650,000 people from the border – and cutting off the process for their asylum claims – over the last year. Fewer than 1 per cent have been able to seek protection, according to the Los Angeles Times.

Faced with insistent demand from White House press and Republican critics to label the current situation at the border a “crisis”, the president and administration officials have sought to meet a promise to undo “the moral and national shame” of immigration policy under the Trump administration with urgent humanitarian needs.

White House officials and immigration advocates have sought to frame the “crisis” as one that did not begin at the border, but as the consequence of failed and neglected immigration policy, violence and persecution abroad, the economic fallout from the coronavirus pandemic and trade agreements, and two devastating hurricanes that impacted Central America in 2020.

Without the ability to claim asylum in the US while outside of its borders, unaccompanied minors who arrive at the border under the Biden administration are processed and housed.

The Department of Health and Human Services will open a temporary “overflow” facility for unaccompanied migrant children in Texas, NBC News reported, with capacity to house up to 2,000 children, if needed.

That shelter adds to a network of stressed shelters and other facilities housing more than 15,000 unaccompanied minors in government custody, according to records reviewed by CBS News. More than 600 children have been in border protection custody for more than 10 days.

Mr Mayorkas said the administration is working to move children from the cramped custody of border patrol agencies, not meant for long-term housing for children, and into FEMA and HHS facilities, and then expediting their connections to sponsors and families in the US.

But Mr Mayorkas appeared across US news networks on 21 March to warn families against traveling to the border.

“The message is quite clear: do not come,” he echoed on ABC’s This Week. “The border is closed, the border is secure. We are expelling families, we are expelling single adults under the CDC’s authority … because we are in the midst of a pandemic, and that is a public health imperative.”

He added: “When people speak of, ‘Well, you knew of this.’ Plans aren’t made at 20,000 feet. Plans are contracts, personnel, policies, training, procedures – all of the elements of operations that were entirely dismantled.”

When asked by Fox News host Chris Wallace why it’s the responsibility of the US to house unaccompanied children, Mr Mayorkas said: “We have an asylum program that recognises young vulnerable children … That is what the law provides, and we administer and enforce those laws.”

The Trump administration sent children back “to countries from which they were fleeing, countries that did not have capacity to administer asylum claims,” facing poverty, violence and corruption, he said.

“To suggest the prior administration handled the needs of children in a humane way is just false,” he said.