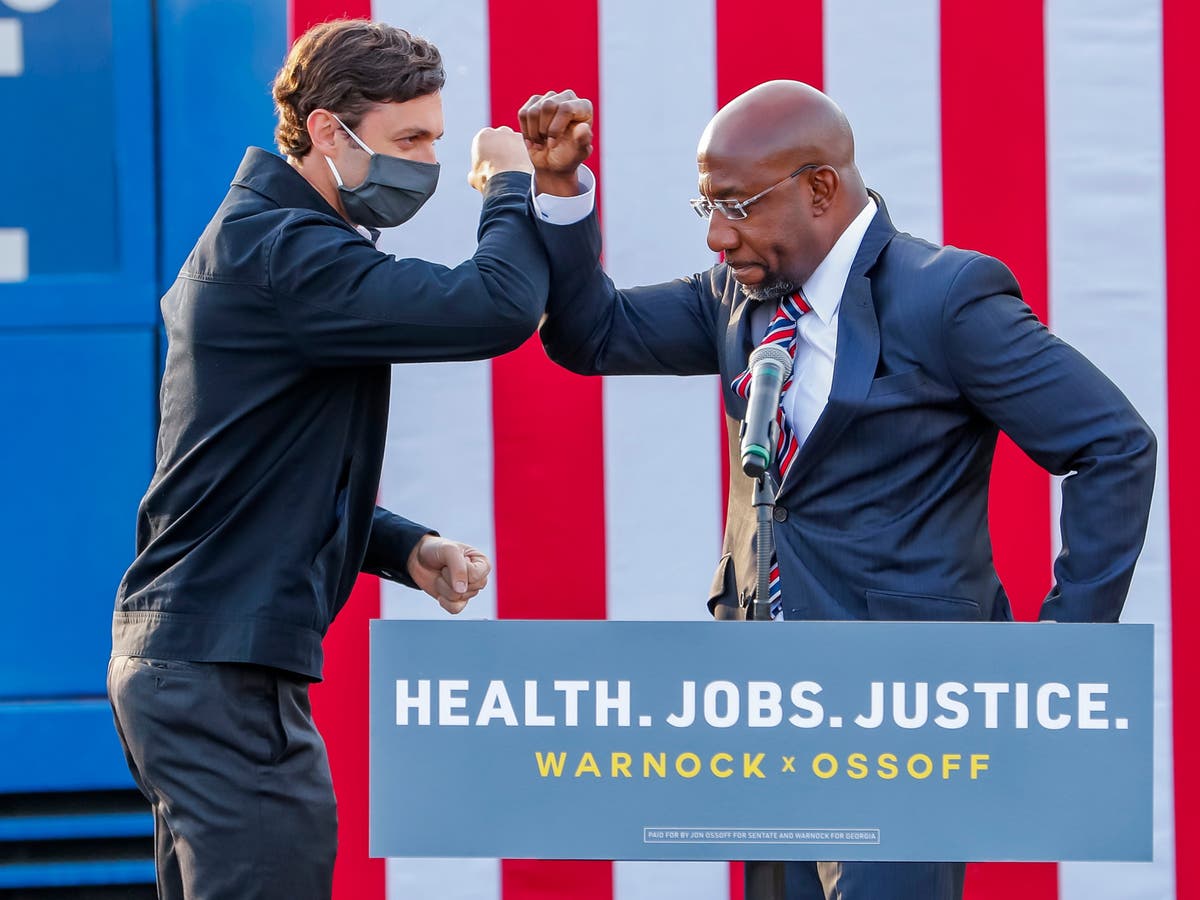 It follows a total of $8.5 million (£6.1 million) in fundraising for February alone, which an official from the DNC said to Politico was more than any non-presidential February on record.

A fundraising total of $18.4 million (£13.2 million) for January and February together, according to the official, also was the highest ever for the period for the DNC.

It follows record breaking fundraising for the Georgia Senate runoff elections in January, as well as a record breaking campaign by US president Joe Biden — all of whom benefited from a surge in donations to Democratic causes.

In January, Democrats Raphael Warnock and Jon Ossoff were able to unseat incumbent Republicans, in-part thanks to millions of dollars in donations.

Mr Ossoff, in particular, became the best-funded Senate candidate in history, after $106.8 million (£77 million) was raised in the two months before election day on 5 January, as reported by Politico.

While in November, the US president reportedly became the first presidential election candidate to raise more than $1 billion during a single election cycle.

Mr Biden, as with Mr Warnock and Mr Ossoff, again outraised a Republican incumbent, in the form of former US president Donald Trump, before winning.

Jamie Harrison, the newly appointed chair of the DNC, was also able to outraise a Republican opponent, Lindsey Graham, but did not win the race for a Senate seat in November.

While the surge in donations to the DNC and Democrats can be seen in the amount of online and small donations, a number of Wall Street investors turned to Mr Biden at the 2020 election.

The figures suggest that Democrats will continue to hold an advantage over Republicans for the midterm elections in 2022, in which control of Congress is in the balance.

0 0 0 0
Previous : New York reports first case of Brazilian Covid variant
Next : HOUSING | I have a plan to build 50,000 homes by Christmas – Brian Rose