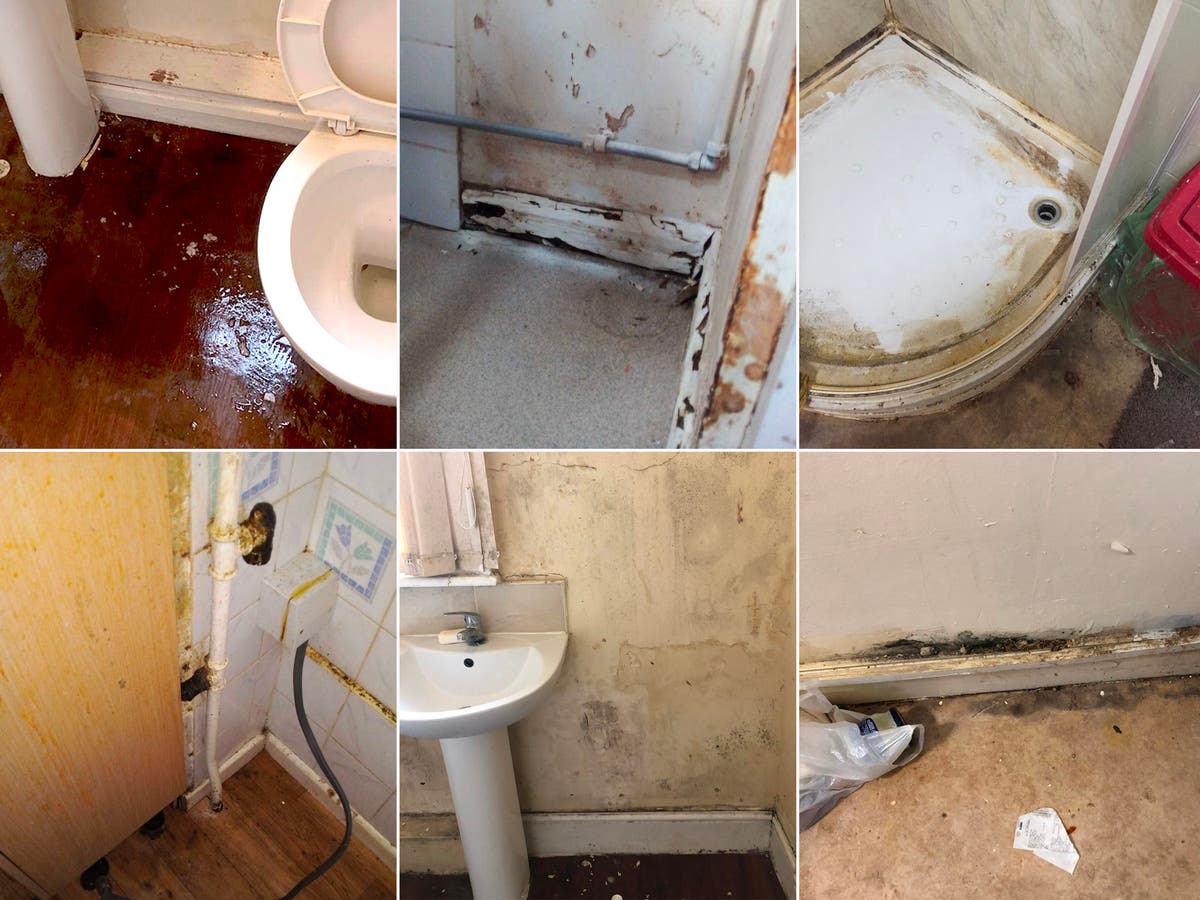 Vulnerable people are being placed in squalid housing without any money as part of an operation to move thousands of asylum seekers out of hotels, The Independent can reveal.

Young children and pregnant women are being given just a few hours’ notice before being “shunted” across the country and left in dirty houses with damp problems, and forced to wait weeks to start receiving their weekly government allowance, charities and asylum seekers say.

The Home Office last month began “Operation Oak” to “accelerate” moving the 9,500 asylum seekers housed in hotels into longer-term accommodation. So far, about 2,500 are said to have been moved.

But charities have described the process as “shambolic”, warning that firms contracted by the Home Office to manage asylum housing are moving people from “one horrendous situation into another”, and that people were sometimes being moved multiple times within weeks without being tested for Covid, creating a public health risk.

In one case, a Kurdish family who lived in a London hotel for five months told The Independent they were informed at 8pm that they would be moved the following morning, and were taken to a hotel in Birmingham. Two weeks later, they were moved to a squalid house in Ipswich.

The father, whose wife is pregnant and whose seven-year-old son had been attending school in London, said: “My son was very sad to leave school so suddenly, but we were excited to finally have a home. When we saw that we were going to another hotel, my wife and son were very upset.”

Describing their arrival at the house in Ipswich, he said: “The first thing we noticed when we walked in was the bad smell. Then the kitchen was covered in grease all over the stove and the walls and the cupboards were very unstable. The toilet was so dirty. The heater wasn’t working.”

The Kurdish national, who did not wish to be named, said he raised the concerns with Serco, one of three Home Office contractors that manage asylum accommodation across the UK. About a week later, someone came to fix some of the issues in the house but said it would take 25 days to fix them all, and no one has come to do work in the property since, the father said.

The Independent has also seen photographs showing filthy appliances and severe damp problems in dispersal housing in Liverpool and Cardiff to which asylum seekers have been moved from hotels in recent weeks.

Serco, which managed the Liverpool properties, said it had repeatedly asked for residents themselves to help raise the issues, which it said could be “easily resolved”, adding that due to coronavirus, its teams were only entering properties to carry out “urgent repairs”.

Clearsprings, which runs the Cardiff property, said asylum seekers were able to raise any issues or concerns with staff directly or via the 24/7 Migrant Help hotline and that the company would then investigate.

As well as poor-quality housing, there is mounting evidence that asylum seekers are being moved multiple times within a matter of weeks. One young woman told The Independent she was transferred from a hotel in Birmingham to a hostel in Liverpool with two hours’ notice with her sister, and told a week later that she would be moving again, without her sister, despite having been told they would be accommodated together.

She contacted Migrant Help, a charity the Home Office contracts to provide support to asylum seekers, and got the moved cancelled, but two weeks later was told again by Serco that she was to be moved without her sister, and had to go through the process of contacting Migrant Help again.

The woman, who asked not to be named, and is claiming asylum with her sister on the basis that they were subject to forced marriage and rape in their home country, said of being moved to Liverpool: “We didn’t know where we were going.

Serco said the Home Office was not responsible for the movement of asylum seekers but it was normal practice to put asylum seekers in interim housing before sending them to long-term accommodation elsewhere.

Charities also report that people are facing lengthy delays in receiving the £39.63 per person weekly allowance they are eligible for once being moved to dispersal housing, leaving them with no money.

Refugee Action, which supports asylum seekers in dispersal housing in Greater Manchester and the West Midlands, said that in the last six weeks they have come across 26 people who have been dispersed to asylum houses without any financial support.

In one case, a woman with a baby was moved from a hotel in east London to dispersal accommodation in north London and did not receive any financial support for three weeks, according to charity Care4Calais.

Lara Bishop, a volunteer for the charity, said: “I don’t know what she would have done without the charities and food banks, but if you’re dispersed to the middle of North Yorkshire, which a lot of people are, and these thing aren’t close by, what do you do?”

The Home Office said money was given to asylum seekers on cash cards and, if there were problems, its contractors could make emergency payments.

Tim Naor Hilton, interim chief executive of Refugee Action, said the “shambolic” way in which asylum seekers were being dispersed out of hotels demonstrated a “complete disregard for people’s needs”.

Leyla Williams, deputy director of community centre West London Welcome, which supports migrants in London, said that every week she was seeing asylum seekers “shunted from one place to another” with as little as two hours’ notice and “no idea where they’re being moved to”.

“Identified potential victims of trafficking and modern slavery are expected to get into cars in which the driver refuses to tell them where they are being taken. Children are removed from their communities and schools without warning, their teachers and friends left wondering what has happened to them. People aren’t tested for Covid before they are moved to shared housing, and pandemic travel restrictions appear not to have applied to the Home Office. On arrival, people find housing in shocking states of disrepair.”

Jenni Halliday, Serco contract director for asylum accommodation, said with a large number of properties there would “always be problems”, adding: “Our teams are responding in the timescales required to address problems and I am proud of the care and professionalism that they are demonstrating in these difficult times.”

A Clearsprings spokesperson said the movement depended on “a range of factors” but the firm would “always strive to provide adequate notice, and ensure moves are undertaken following the latest public health advice”.

The Home Office said it did not routinely comment on operational matters, but immigration minister Kevin Foster added: “The government has a statutory duty to provide accommodation to asylum seekers who would otherwise be destitute. We have provided free, safe and secure accommodation throughout the pandemic.”