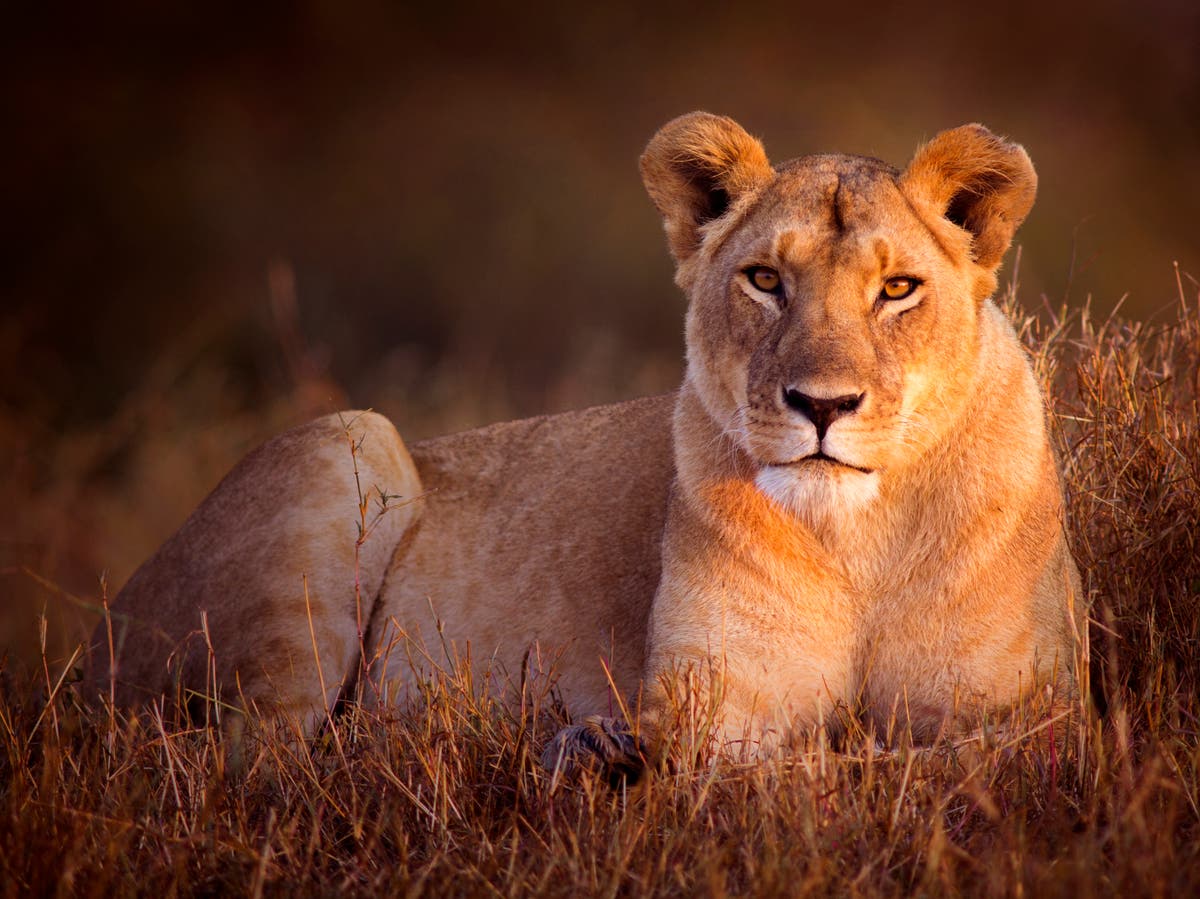 The big cats were found with most of their body parts missing and surrounded by dead vultures on Friday evening, Uganda Wildlife Authority (UWA) said.

The dead birds suggest the lions may have been poisoned, according to officials, who said illegal wildlife trafficking could not be ruled out.

The UWA condemned the incident as it sought to reassure the public that the park and its wildlife were both still safe.

The agency said in a statement on Saturday: “Uganda Wildlife Authority is saddened to announce the death of six lions in Queen Elizabeth National Park.

“The carcasses of the lions were found last evening at Ishasha sector with most of their body parts missing.

“Eight dead vultures were also found at the scene which points to possible poisoning of the lions by unknown people.”

A team of investigators is working “on the ground” alongside police to establish what happened to the animals.

“Given that some of the body parts of the lions are missing, we cannot rule out illegal wildlife trafficking,” UWA continued.

“UWA strongly condemns the illegal killing of wildlife because it does not only impact negatively on our tourism as a country, but also revenue generation which supports conservation and community work in our protected areas.

“Uganda Wildlife Authority assures the public that it shall continue to strengthen the protection of lions and other wildlife in Uganda and will pursue this matter to its logical conclusion.

“Our national parks remain safe and attractive to visitors and we still have lions in Queen Elizabeth and other parks.”

Poaching is thought to have been on the rise in Uganda since the coronavirus pandemic began in March 2020.

A lion was reportedly found with body parts missing in Queen Elizabeth National Park in a similar incident back in May.

According to National Geographic, Charles Tumwesigye, UWA’s deputy director of field operations, said the agency recorded 367 poaching incidents in its parks between February and May 2020 – double the number during the same period in 2019.

Some experts believe this could be down to anti-poaching activities having diminished in the country during the pandemic due to a loss of tourism revenue, while others say locals struggling to feed their families could be setting traps out of desperation.

“Nature tourism has been contributing $1.6bn to the economy and also contributes to the wellbeing of communities surrounding the wildlife protected areas,” the agency said.

“Tourism revenue plays a critical role in improving the livelihoods of communities around the national parks.”