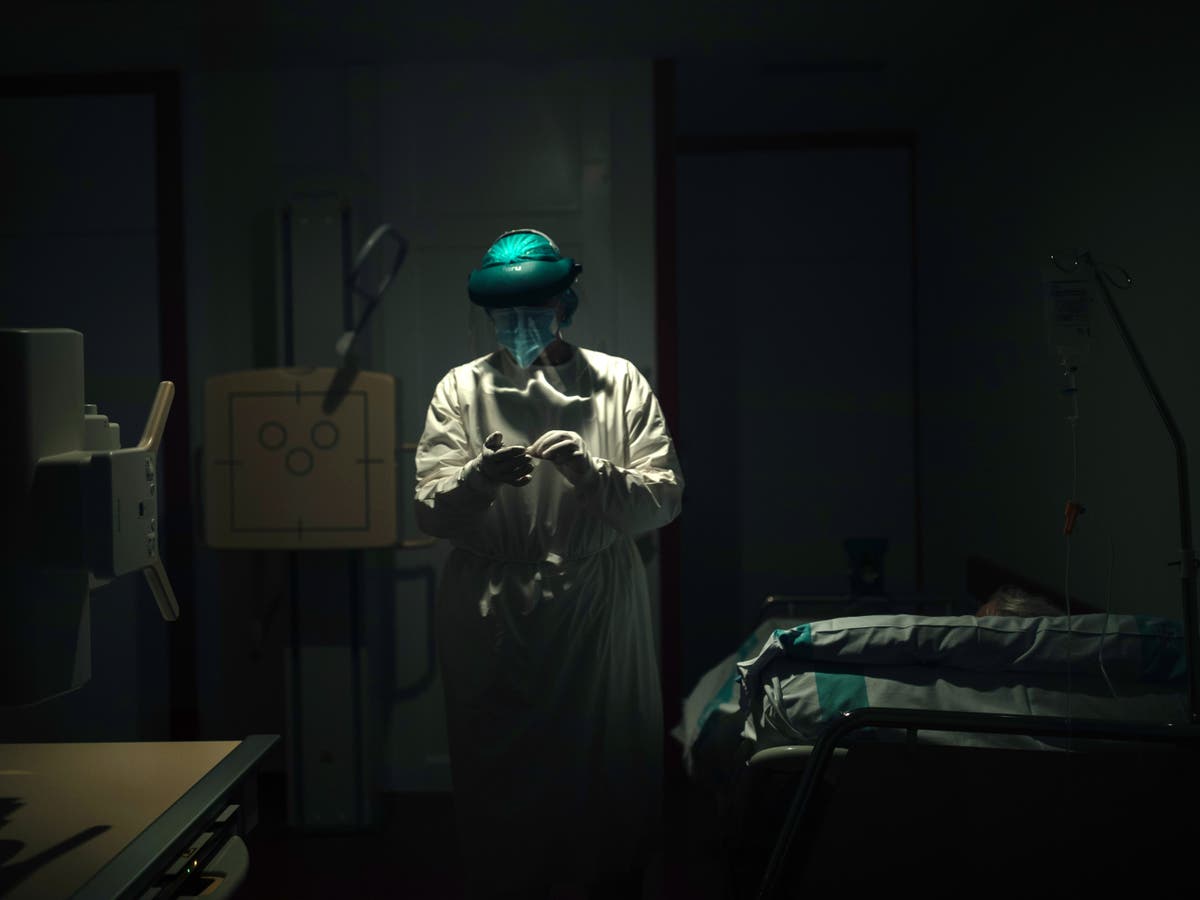 Britain must learn from the “tragic” lessons of the past 12 months and start preparing for the next pandemic now, world-leading experts and scientists have warned.

Although the UK appears to have turned a corner in its fight against coronavirus, with infections and deaths falling across the four nations, experts told The Independent there was no room for complacency and that more investment was needed in nationwide biodefences.

Professor Sarah Gilbert, whose team developed the Oxford vaccine, said it was vital to listen to the warnings “and prepare for the next one”, while Professor Peter Horby, a scientific adviser to the government, said rising global connectivity was “increasing the odds” of future outbreaks.

Because of this, the scientists said, the UK cannot afford to drop its guard once through the worst of the ongoing Covid-19 crisis, which has claimed more than 126,000 lives and thrown Britain into economic freefall.

Prof Horby, chair of the government’s New and Emerging Respiratory Virus Threats Advisory Group, said that “memories are short-lived” when it comes to serious outbreaks, pointing to the example of Sars which “everyone had forgotten about after four or five years”.

“Seven or eight years later people were saying it could come back but were dismissed,” he said. “But it hadn’t gone and it took 20 years to come back. It’s important people have a longer term view of things.”

Professor Sir Mark Walport, who served as chief scientific adviser to the government between 2013 and 2017, said countries “tend to focus on the last disaster and not think about the next one”.

As calls mount for an inquiry into the government’s handling of the coronavirus pandemic, the experts said a root-and-branch overhaul of public health in the UK is needed to better prepare the country for the next major outbreak.

“One has to look at the system from top to bottom,” said Professor Chris Dye, a former director of strategy at the World Health Organisation.

Both he and Sir Mark said that although Britain had been too slow to close down its borders at the beginning of the pandemic, along with much of western Europe, the state of the UK’s public health services meant the country was already disadvantaged heading into crisis.

“Locking down is one thing but you need to have the facilities, the instruments, the institutions there in the background and one other way in which the UK has suffered badly is through a lack of investment in public health over the last 10 to 15 years,” Prof Dye added. “You pay the consequences.”

Sir Mark said: “Not much funding has been moved into local authorities to provide local health, which has been downgraded by successive governments over very many years.”

The experts all highlighted test and trace as an obvious example where a previous lack of public health investment had hindered attempts to contain the spread of Covid-19.

“There are fantastically competent people in the public health network, they just didn’t have the resources needed to deliver the test and trace system that we wanted,” said Prof Horby.

Instead of pumping money into local councils to scale up tracing teams and integrate university-based and NHS laboratories for testing, resources were funnelled into a centralised system that was part-run by private contractors will little experience of infection control, the scientists said.

“Those are some of the big lessons” which need to be learnt and carried forward as part of future pandemic preparations, said Prof Dye, adding that it was “absolutely” vital that an effective test and trace system is kept in place for the decades to come.

“It needs to have the plans ready in place to scale up dramatically, and that was one of the really big failures as at the beginning of the pandemic when Public Health England (PHE) was rapidly overwhelmed because they didn’t have the ability to have a surge capacity,” said Professor Gabriel Scally, a leading public health expert.

Having been starved of £800m in funding since 2012, PHE had 300 contract tracers for the whole of England at the start of the crisis, which meant the agency was capable of processing only five new infections a week due to the network of close contacts linked to each case.

Sir Michael Marmot, a world-leading expert in health inequalities, said that worsening disparities in health between different groups also needed to be addressed to better prepare the UK.

“It’s very important if we want to protect ourselves from a pandemic we have to do all the right things to reduce inequalities in health,” he said, adding that Britain’s high deprivation levels had exacerbated the country’s mortality rate.

“Health in February before the pandemic was far from ideal. Life expectancy had more or less stopped increasing and inequalities were increasing, while health for the poorest people outside London was getting worse and life expectancy was going down.

“We don’t want to go back to where we were before the pandemic.”

Covid-19 deaths among minority ethnic communities were “shockingly high”, said Sir Michael, emphasising the need to tackle the “structural racism” that leads to systemic disadvantages such as poorer living conditions.

Sir Michael said his most recent report, titled Build Back Fairer: The Covid-19 Marmot Review, had outlined a series of recommendations for the government in the wake of coronavirus.

Although the UK’s vaccine rollout has been heralded as a major success, both Prof Gilbert and Professor Adrian Hill, director of Oxford University’s Jenner Institute, insisted there was more that can be done to improve Britain’s response capabilities when it comes to manufacturing.

Prof Gilbert said the Vaccines Manufacturing Innovation Centre (VMIC) in Oxfordshire, which is due to open later this year, will help to increase and streamline the production of supplies, allowing thousands of doses for future trials to be made and then packaged on the same site.

“Passing over to VMIC to make larger stocks at least for the clinical trials, that would have been completely game-changing for us,” Prof Gilbert said. “We had so many difficulties as we had to work with other manufacturers, and they’re great but they do things in a different way.

“There are two aspects of manufacturing: making the bulk vaccine and then getting into the vials. A lot of places will do one thing or the other. VMIC will be able to do both. It won’t be for commercial supply but probably enough to allow phase three trials to happen.”

But even with this increased capacity, Prof Hill said it still might not be enough for the future.

“We’re almost nowhere on manufacturing in the UK,” he said, adding that the Oxford vaccine team had been reliant on a number of companies to ramp up dose production during the early testing stages. “Have we got the capacity? No, probably by a factor of 10.

“With Covid-19, we have good vaccines but we can’t manufacture them fast enough, and people in many countries are waiting and some of them are going to be waiting for a long time.” The world cannot allow this situation to play out again in the face of another pathogen which could be more deadly, Prof Hill added.

“If a pathogen comes along with a much higher case fatality rate and has similar transmissibility as coronavirus, we could lose hundreds of millions of people,” he said. “It’s like in the movies. That’s not fantasy. That could happen. How much do we spend on military defence? We need to spend money on biodefence and we can do this.”

Prof Gilbert also called on the government and pharmaceutical industry to continue working together in providing support for those regions of the world that have limited manufacturing capabilities, such as Africa and South America.

“It needs to be a collaborative approach,” she said. “If we want to protect the UK population against emerging pathogens, we have to be prepared to see where in the world they’re cropping up and provide support to try and deal with the outbreak quickly, not just sit back and wait and then it comes to us.”

All the experts warned that while a respiratory-based disease caused by another coronavirus or influenza virus is most likely to fuel the next pandemic, the government “must not lose sight of other possibilities as well”.

“We need to have a very broad view of what might be possible and not constrain our thinking about what might cause the next big one,” said Prof Dye.