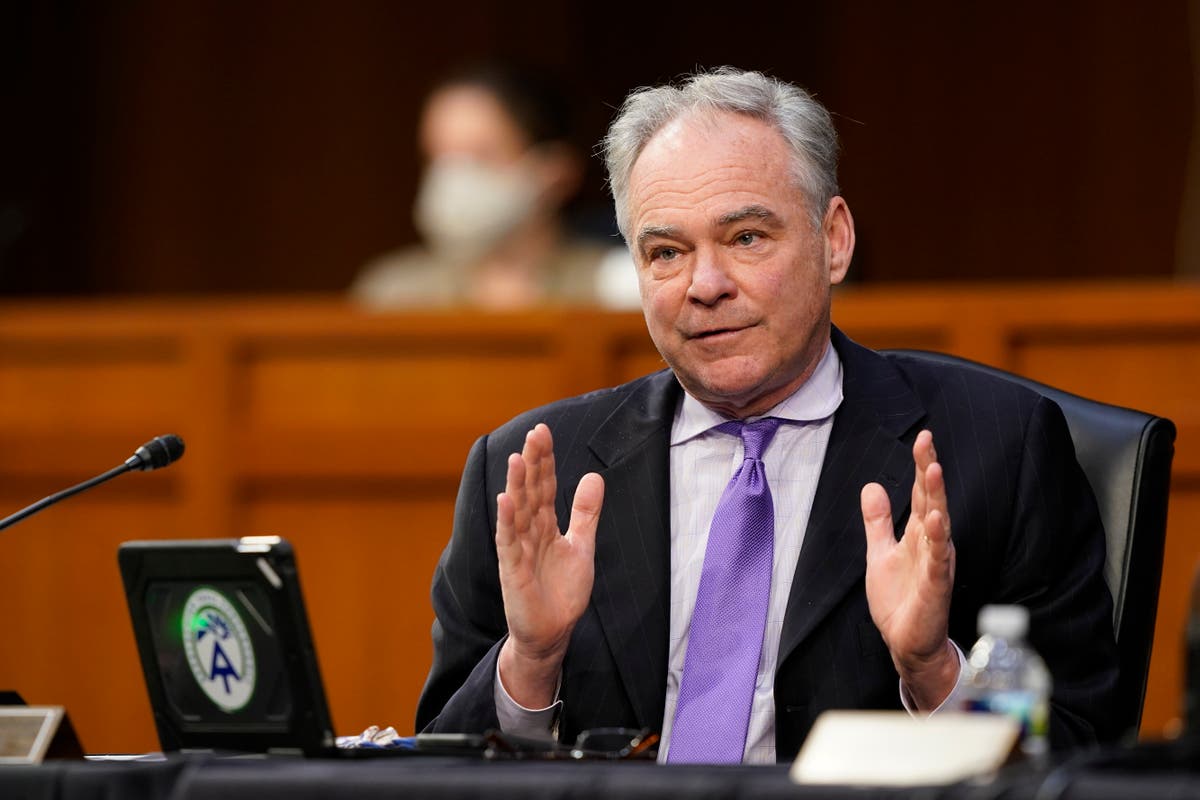 Senator Tim Kaine, a Democrat of Virginia, has revealed he was still experiencing lingering Covid-19 symptoms one year after he contracted the virus.

“I have these weird, neurological symptoms one year later,” Mr Kaine said during the hearing. “They’re not debilitating, they’re not painful, but they’re weird and they’re 24/7.”

“Many people have symptoms that are more serious,” he added, like “heart impairment, respiratory impairment, impairment of mental functioning, fatigue challenges.”

Later, when speaking to reporters, Mr Kaine revealed that he sometimes experiences tingling sensations all over his body and migrating hot spots, the Washington Post reported.

“It just shows how tricky this virus is, and it also suggests that the long-term consequence in our health system is probably a lot bigger than we’re thinking of right now,” Mr Kaine said.

Mr Kaine was treated for flu-like symptoms in March 2020, but he then experienced new symptoms later in the month – which he thought at the time could be just remnants of his past illness.

But then his wife, Anne Holton, suffered from a virus that brought her chills, a fever, and cough. Their doctor later hypothesised that they both had mild cases of Covid-19.

The senator tested positive for Covid-19 antibodies in May 2020, confirming he previously battled the novel virus.

Although he was still experiencing lingering effects from the virus, Mr Kaine said his wife has fully recovered, the Washington Post reported.

Dr Fauci confirmed to the sitting senator during the hearing that the lingering effects he was experiencing after contracting Covid-19 were “not imaginary” and a “real phenomenon.”

Federal health agencies like the National Institutes of Health (NHS) and the Centers for Disease Control and Prevention (CDC) were currently studying the long-term effects someone might experience after battling the novel virus, Dr Fauci added.

But the agencies “don’t know what the mechanisms” of those lingering symptoms were yet, given the virus still remains rather novel.

“You mentioned a weird neurological symptom, we’re not really quite sure what that is,” Dr Fauci told the senator.

Federal agencies were putting together “large cohort studies” to better understand “what the incidence of it is, what the variability, what the range of organ system dysfunctions are, and what the underlying pathogenic mechanism is,” the expert added.

“It’s really very puzzling, senator,” Dr Fauci said. “It’s people who recover, have the virus no longer there, and have a persistent of things like chronic fatigue, muscle aches, temperature dysregulation, funny kind of neurological issues that they can’t explain.”

“That’s what we’re really focusing on,” he continued. “We are looking at that seriously.”

The United States has recorded more than 29.7 million Covid-19 infections since the start of the pandemic, according to Johns Hopkins University.