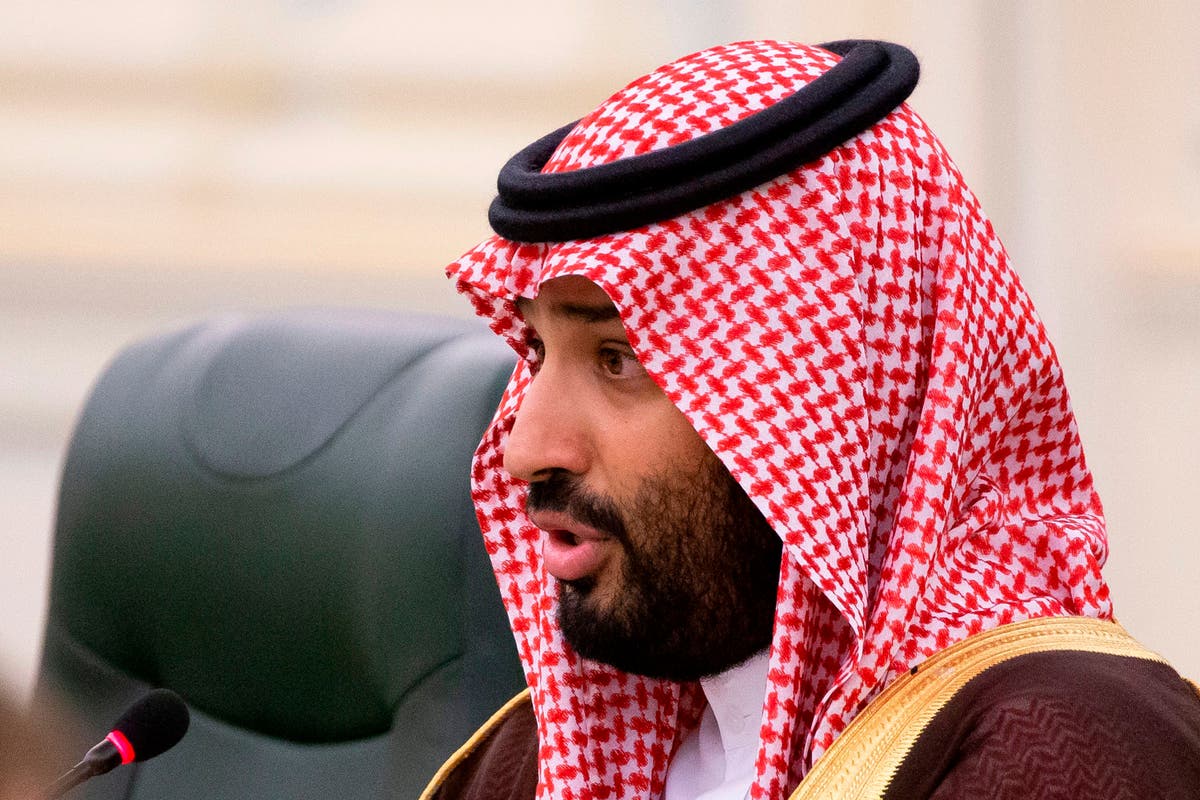 Lawyers for the fiancé of murdered Saudi journalist Jamal Kashoggi say they have served the Crown Prince Mohammed bin Salman with a legal complaint – allowing proceedings against the Saudi royal to proceed.

Last year, Hatice Cengiz, who was poised to marry the writer and activist, and members of a non-profit group the Saudi journalist established in Washington DC, filed a lawsuit against the 35-year-old prince, commonly known as MBS, accusing him and others of the kidnap, drugging, torture, and assassination of the US resident.

“The ruthless torture and murder of Mr Khashoggi shocked the conscience of people throughout the world. The objective of the murder was clear – to halt Mr Khashoggi’s advocacy in the United States, principally as the Executive Director of Plaintiff DAWN [Democracy for the Arab World Now], for democratic reform in the Arab world,” the lawsuit said.

The crown prince has always denied the allegations and insisted he had nothing to do with the killing of Khashoggi, who was last seen alive when he entered the Saudi consulate in Istanbul in October 2018.

Earlier this year, a report published by the US intelligence services claimed MBS knew about, and approved of the plan to kill the 59-year-old journalist, whose body has never been recovered. He had been a regular contributor to the Washington Post.

The report by the Office of the Director of National Intelligence, cited the crown prince’s control of decision-making in Saudi Arabia as well as the involvement of a key advisor and members of the prince’s protective detail in the operation that killed Khashoggi, a critic of the royal family.

President Biden To Speak With Saudi King About Intelligence Report

Now, lawyers say that using an unusual combination of WhatApp messaging, express mail to the Saudi authorities, publication in the New York Times International Edition and Al-Quds Al-Araby, and by giving notice to MBS’s lawyers of record in the US, they have been able to serve the complaint.

“This an important moment. The lawyers for the crown prince have appeared in court and that means the case can now proceed,” Faisal Gill, managing partner of the Gill Law Firm, and one of the lawyers representing Ms Cengiz and DAWN, told The Independent.

Three lawyers are named in court documents as representing MBS were Michael Kellogg, who has previously represented the the government of Saudi Arabia, and  Andrew Shen. Both work for Kellogg, Hansen, Todd, Figel & Frederick. The third is Gregory Gerber Rapawy.

Mr Kellogg did not immediately respond to enquires. Mr Shen told The Independent the company had a policy of not committing to the press on cases. Asked if the suit had been served, he said: “I’m sorry, I cannot offer any comment.”

During his campaign for the White House, Joe Biden claimed he would pursue MBS and Saudi Arabia over the killing of Kashoggi, who had entered the Turkish consulate to get a visa to travel to Saudi Arabia to get married.

At one point he said he would make them “pay the price, and make them in fact the pariah that they are”.

Yet after the report was published, he stepped back from punishing MBS specifically, even as his administration sanctioned other senior Saudis.

“The relationship with Saudi Arabia is bigger than any one individual,” secretary of state Antony Blinken said at a news conference.

Mr Biden also defended his actions, telling ABC News he was the “guy that released the report”, unlike his predecessor, Donald Trump, who refused to do so.

He added: “We held accountable all the people in that organisation – but not the crown prince, because we have never that I’m aware of, when we have an alliance with a country, gone to the acting head of state and punished that person and ostracised him.”

The civil lawsuit, which names almost two-dozen Saudi officials along with MBS, seeks relief under the Alien Tort Claims Act, and the Torture Victim Protection Act.

“This lawsuit seeks not only to hold MBS and other senior Saudi Arabian officials accountable for Jamal’s murder, but also to put the Saudi government and other abusive governments on notice that they will pay a price for such extrajudicial killings of journalists and activists,” said Mr Gill.