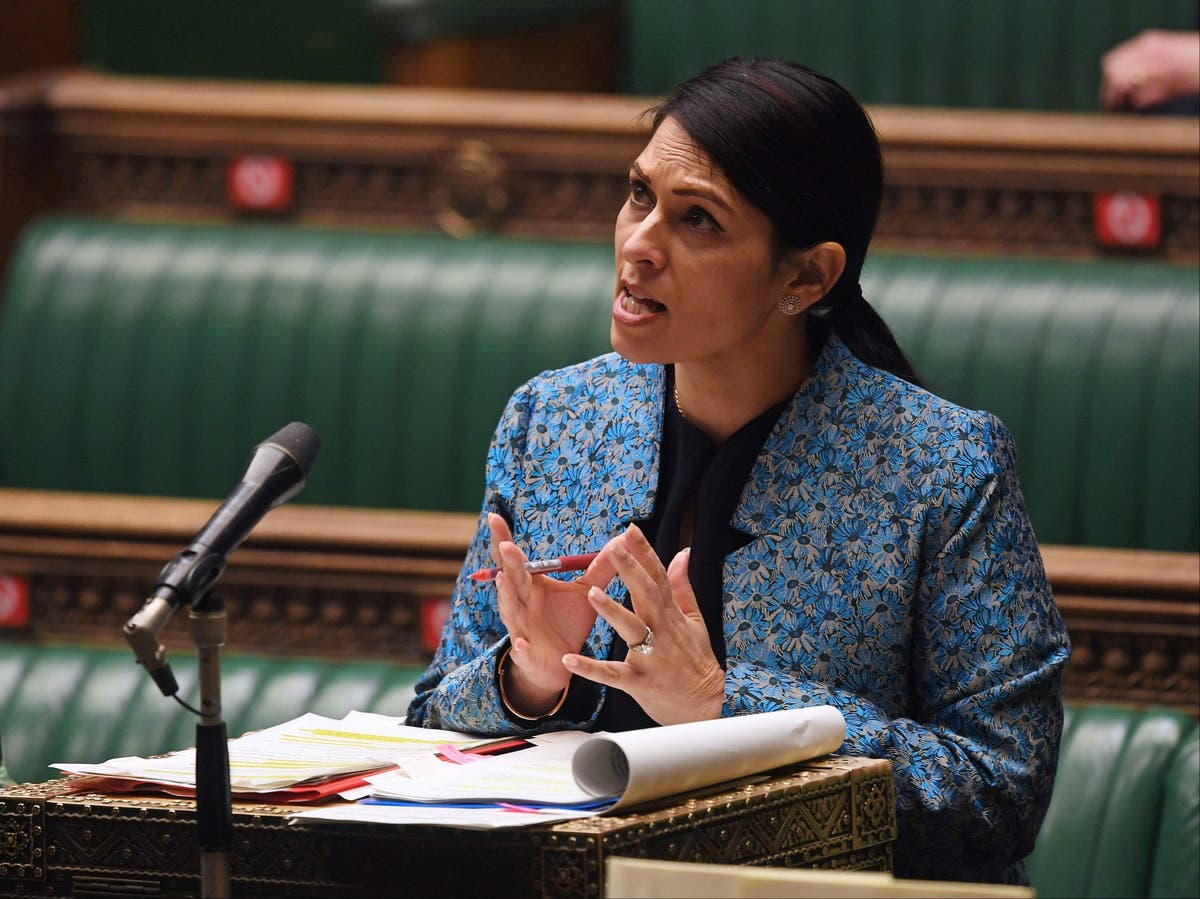 A cross-party group of MPs and peers have written to Priti Patel to ask her to lift a ban on protests during the coronavirus lockdown.

The letter to the home secretary says protest is a human right and that the current position “is not acceptable and is arguably not lawful”.

It comes after confrontations with police at a vigil in south London following the killing of Sarah Everard.

Further protests are also planned on Saturday by some anti-lockdown campaigners.

Protesting is not listed as a “reasonable excuse” for leaving home under the government’s coronavirus regulations.

Signatories of the letter include Tory MPs Charles Walker, Steve Baker, Christopher Chope and Desmond Swayne and the leader of the Liberal Democrats, Ed Davey.

Diane Abbott, Dawn Butler, and Baroness Chakrabarti are among Labour MPs and peers to put their name to the call. Green MP Caroline Lucas is also a signatory.

The letter was organised by campaign groups Liberty and Big Brother Watch.

The letter says: “The absence of clear guidance on these issues has created an entirely unsatisfactory situation, which has persisted to varying degrees for almost a year now.

The restrictions are separate from a government bill going through parliament that will criminalise protests that cause “serious annoyance or inconvenience”.

Silkie Carlo, the director of Big Brother Watch, said: “The harrowing scenes of police officers using force against women at Clapham Common recently were avoidable and wrong. Over the past week, many more demonstrators and even legal observers have been arrested or fined.

“This stain on our democracy is a direct consequence of this government’s disrespect for the most basic of British democratic freedoms.”

Sam Grant, from Liberty, said: “Last week, the police conceded protest is not banned under the lockdown regulations, but used them to threaten then arrest demonstrators anyway.

“The home secretary must immediately issue guidance to all police forces to ensure socially distanced protests can go ahead, and create an explicit exemption for protest in the current regulations.”

In response to the letter, a government spokesperson said: “While we are still in a pandemic, we continue to urge people to avoid mass gatherings, in line with wider coronavirus restrictions.”

0 0 0 0
Previous : Cash from Right To Buy sales will no longer be reserved for new council housing, government announces
Next : Capitol rioter arrested after warrant issued for GPS data from phone