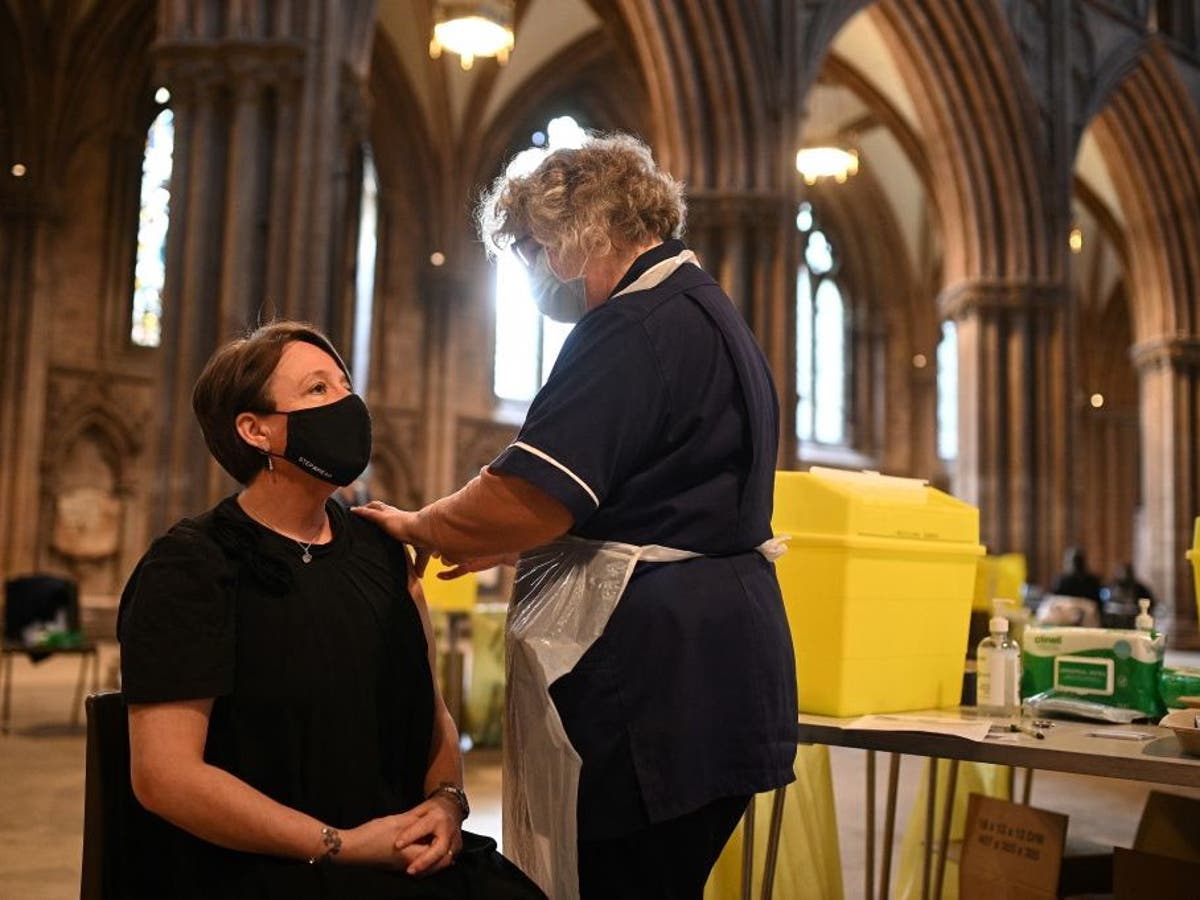 Harmless vaccine side effect could mimic cancer in mammograms

One consequence of an active immune response can be an enlarged lymph node. And, because coronavirus vaccines activate the immune system, some people have swollen nodes in the days following a vaccine.

These are harmless if uncomfortable side effects – but they can be misleading when scanned by a radiologist, including during a mammogram. Here’s why.

What is this side effect?

After vaccination, a swollen lymph node may appear as a lump in the armpit. These glands are hotbeds of immune activity, filtering pathogens and storing germ-fighting cells. If you’ve had a sore throat or a cold, there’s a chance you’ve felt a swollen node in your neck. The post-vaccine node may be palpable, too.

This side effect appears to be more common after the Moderna and Pfizer shots than after the Johnson & Johnson vaccine. In Moderna’s trials, about one in six recipients reported swelling or tenderness in armpit lymph nodes, often on the same side as the shot, after a second dose.

Any swelling should resolve within days, and if it does, it isn’t a cause for concern. However, should it persist for multiple weeks, then it’s not a bad idea to notify your doctor.

Can a vaccine affect a mammogram?

Because armpits are captured in mammograms, swollen nodes may appear as alarming white spots on the images. It’s not possible for radiologists to discern the origin of the swelling – raising the possibility that they could be mistaken for metastasized cancer, which is what happened in five case reports published last month in the journal Radiology.

“Swollen lymph nodes from all different causes will look the same,” said radiologist Dana Smetherman, chair of the American College of Radiology’s Commission on Breast Imaging. “You have to put it into that context. Did you have a recent vaccine?”

M Smetherman said it was crucial to tell your radiologist if you have been recently vaccinated.

“When you have some kind of an imaging study, if it’s a mammogram or a CT of your chest or something like that, your armpit is imaged, too,” she said.

Swollen nodes may also show up on chest CT scans, though probably not X-rays.

Should someone who received the coronavirus vaccine reschedule an imaging appointment?

There’s no across-the-field consensus among radiologists on whether it’s appropriate to delay routine screenings after vaccination.

The American College of Radiology advises that it’s “optimal” to get imaging done before vaccination. The Society of Breast Imaging suggests a delay of four to six weeks after vaccination if it “does not unduly delay care.”

The Mayo Clinic recommends to continue with mammograms as scheduled but to let your doctor know the date when, and in which arm, you got the shot.

If people are able to get vaccinated six weeks ahead of a mammogram, that’s “great”, Ms Smetherman said. But she suggested avoiding rescheduling a vaccination or imaging appointment if that would mean possible months-long delays, especially because many people already postponed health checkups such as mammograms during lockdowns over the past year.