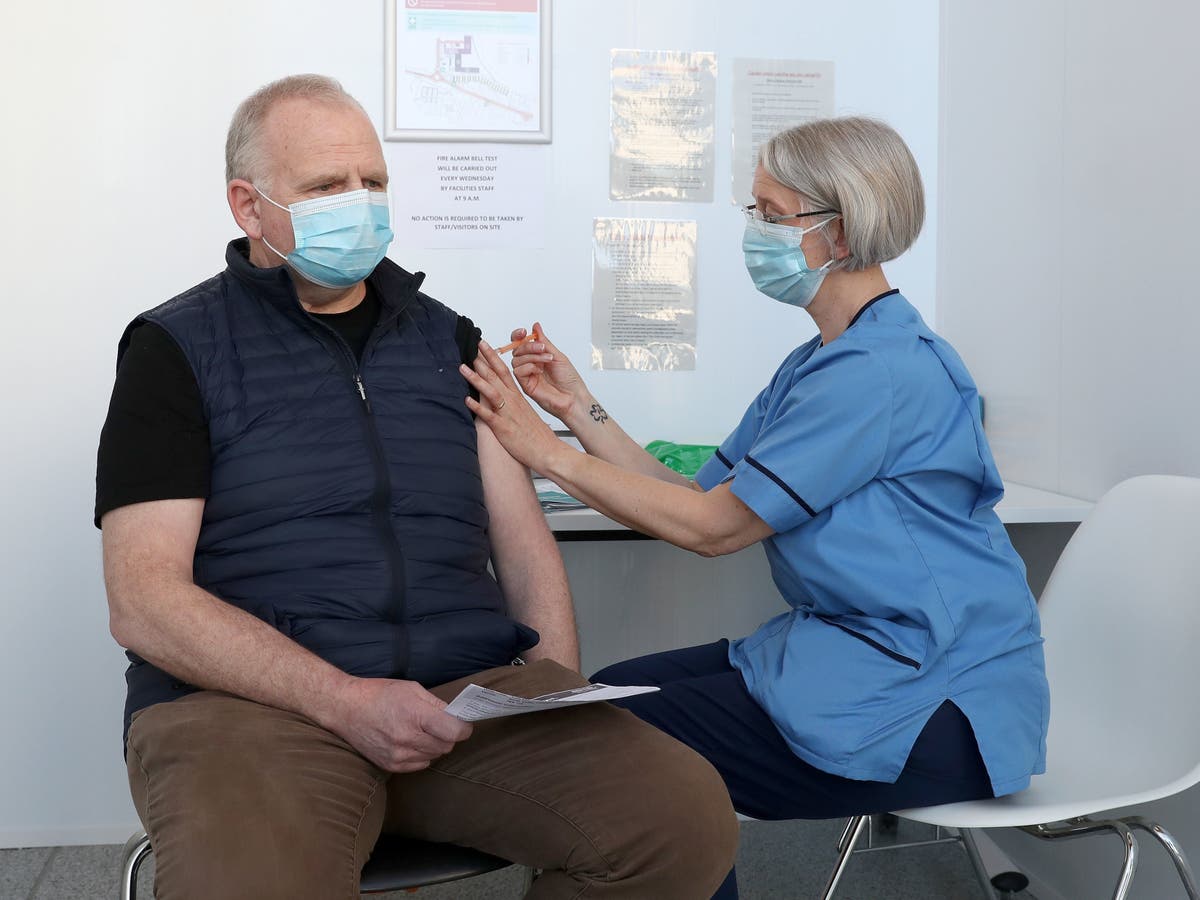 Half of all UK adults have been vaccinated, Matt Hancock says

Half of all UK adults have now received their first dose of a Covid-19 vaccine, Matt Hancock has confirmed.

The health secretary said more people received the jab on Friday than on any other day as he praised the vaccine programme as a “national success story”.

In a video posted on Twitter on Saturday morning, he said: “I’m absolutely delighted to tell you that we have now vaccinated half of all adults in the united kingdom.

“It’s a huge success and I want to say many, many thanks to all those involved, including the half of all adults who have come forward.

“The UK vaccination programme is a big success story. It’s down to the hard work of many, many people.”

The latest government data up to 18 March suggested 49.9 per cent of the UK population aged 18 and over had received a first dose of the vaccine, with an estimated 73,000 more jabs needed to pass the halfway mark.

Those figures are expected to be updated later on Saturday.

It comes as countries across Europe have had to impose tougher restrictions amid a rise in Covid-19 cases, with UK scientists warning overseas holidays this summer will be “extremely unlikely”.

Dr Mike Tildesley, a member of the Spi-M modelling group which advises the government, said there was a danger new variants could jeopardise the vaccination programme later in the year.

Other experts have also warned there could be a third wave of Covid-19 infections in the UK and advised people not to consider overseas holidays when restrictions ease later this year.

“I think we are running a real risk if we do start to have lots of people going overseas in July and August because of the potential for bringing more of these new variants back into the country.

“What is really dangerous is if we jeopardise our vaccination campaign by having these variants where the vaccines don’t work as effectively spreading more rapidly.”

Government sources said the UK needs to be wary of what is happening in Europe “because in the past that has led to a rise here a few weeks later”, although how things will pan out is uncertain.

European countries are seeing pockets of the South African variant, with studies suggesting vaccines work less well against this variant.

In the UK, hospital admissions and deaths are still coming down due to the effect of vaccines, but there are worries that cases could rise quickly once restrictions are eased.