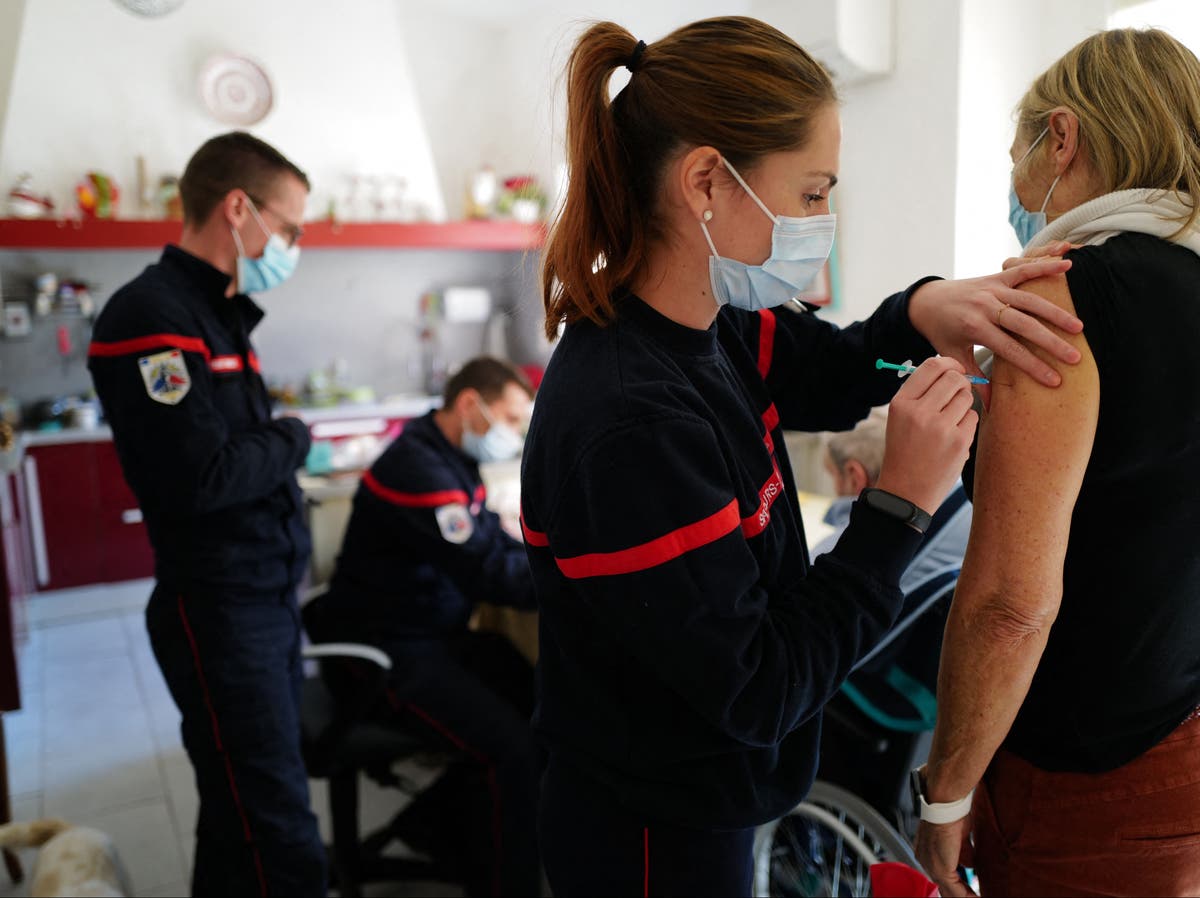 France’s decision to limit the AstraZeneca jab to people aged 55 and over has been described as “completely crackers” by a government scientific adviser.

After a week in which questions were widely raised over the safety of the vaccine amid reports of blood clotting in some recipients, health officials from across the continent have insisted that the benefits of the jab in preventing Covid-19 far outweigh all associated risks.

Both the UK and EU medicines regulators concluded on Thursday that the Oxford-AstraZeneca vaccine is safe and can continue to be used to inoculate people.

Although France has since restarted using the jab, having been one of 15 countries to pause its rollout as investigations into the blood clots were conducted, it has said the vaccine should not be administered to people under 55.

The French national health authority justified the decision by pointing out that all three French patients who have suffered blood clots after receiving the vaccine were younger than 55 years old, having previously said the jab was unsuitable for the elderly.

Professor Sir John Bell, a member of the UK’s vaccine taskforce, warned the changing advice was undermining confidence in the whole vaccination programme.

“It doesn’t make any sense. The whole thing looks completely crackers. They are changing the rules almost every week,” he told the Today programme.

“They are really damaging people’s confidence in vaccines generally – not just the AstraZeneca vaccine.

“They are sitting on a massive stockpile of vaccines that they haven’t deployed yet and at the same time they have got a massive wave of the new variants coming across the country. You couldn’t make it up.”

He added: “If there are clotting problems associated with the vaccines – I am not saying there are, but if there were – they are at a very tiny level compared with the problems you get if you get the disease. If you want to die of a clot, get Covid.”

It comes as health secretary Matt Hancock said that half of all adults in the UK have now received their first dose of a Covid-19 vaccine.

The latest government data up to 18 March suggested 49.9 per cent of the UK population aged 18 and over had received a first dose of the vaccine, with an estimated 73,000 more jabs needed to pass the halfway mark. These figures are expected to be updated later on Saturday.

Meanwhile, Kate Bingham, the former head of the UK’s vaccine taskforce, said some European leaders were being “completely irresponsible” over their approach to the Oxford-AstraZeneca jab.

“If I was sitting in those countries I would not be happy to have leaders that are undermining a vaccine that could actually protect,” Ms Bingham told the Daily Telegraph.

“The data is coming through every day showing how effective it is in the older people. It’s not good from a vaccine hesitancy perspective.”

Earlier on Saturday, Dr Mike Tildesley, a member of the Spi-M modelling group which advises the government, said there was a danger new variants could jeopardise the vaccination programme later in the year.

Other experts have also warned there could be a third wave of Covid-19 infections in the UK and advised people not to consider overseas holidays when restrictions ease later this year.

Infectious disease expert Dr Tildesley told the Today programme: “I think that international travel this summer is, for the average holidaymaker, sadly I think, extremely unlikely.”