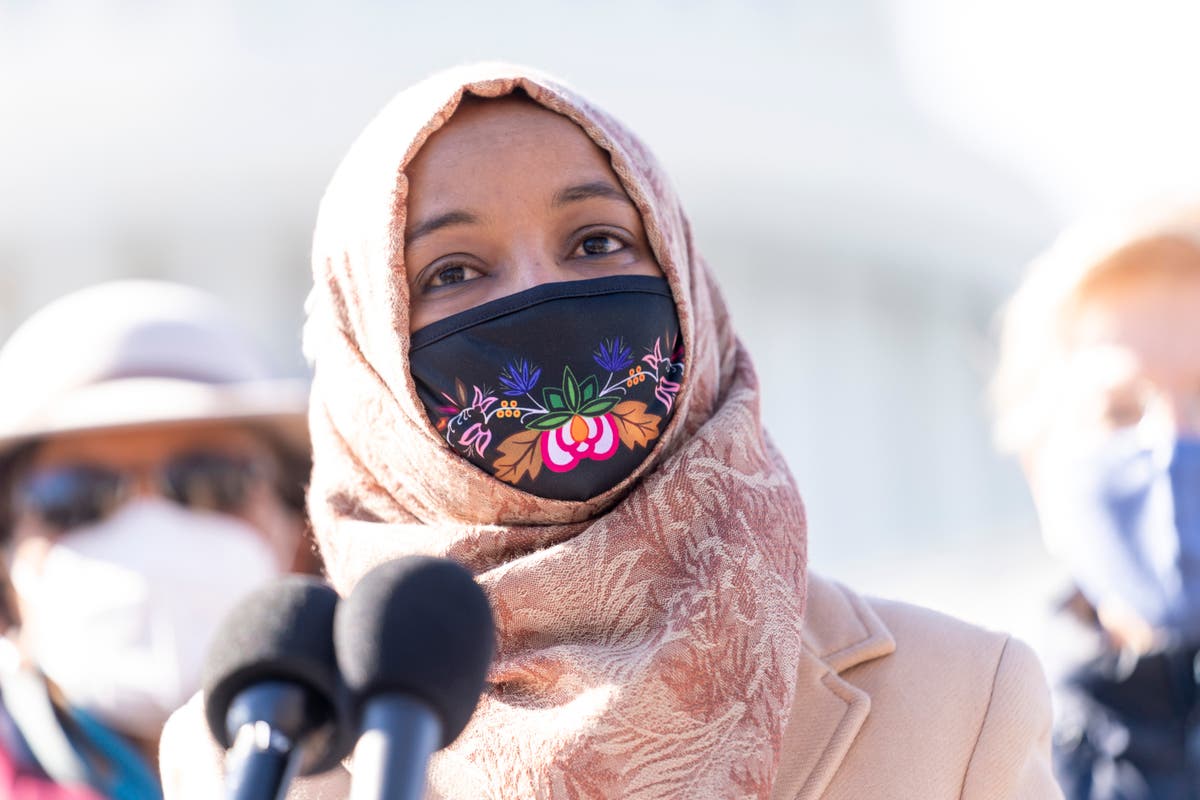 The mood is so bad at the U.S. Capitol that a Democratic congressman recently let an elevator pass him by rather than ride with Republican colleagues who voted against certifying Joe Biden’s election.

Republicans say it’s Democrats who just need to get over it — move on from the deadly Jan. 6 attack on the Capitol, end the COVID-19 restrictions and make an effort to reach across the aisle toward bipartisanship.

Not yet 100 days into the new Congress, the legislative branch has become an increasingly toxic and unsettled place, with lawmakers frustrated by the work-from-home limits imposed by the virus and suspicious of each other after the horrific riot over Trump’s presidency.

Particularly in the House, which remains partly shuttered by the pandemic and where lawmakers heard gunshots ring out during the siege, trust is low, settled facts about the Jan. 6 riot are apparently up for debate and wary, exhausted lawmakers are unsure how or when the “People’s House” will return to normal.

One newer congresswoman said it’s “heartbreaking” to see what has become of the institution she cherished, in the country she has taken an oath to defend from enemies foreign and domestic.

“You know, I do sometimes just close my eyes and, like, picture this place in the way that it used to be, and how welcoming it was,” said Rep. Ilhan Omar D-Minn., first elected in 2018.

An immigrant from Somalia, she said she draws on the coping skills she learned as a child in wartime to enter the razor-wire fenced Capitol, now with armed members of the National Guard, to “try to pretend that that’s not what it is.”

The first months of the year have laid bare the toxic scars from the historic, unprecedented events. The fallout extends far beyond the broken windows and gouged walls of the iconic Capitol building to the loss that comes from the absence of usual routines and visitors that were the daily hum of democracy. With virtual meetings and socially distanced votes, lawmakers have fewer opportunities to talk to each other, share ideas and ease fears in the aftermath of the riot.

“The mood is toxic,” said Rep. Rodney Davis, R-Ill. “I mean, it really sucks to be in the minority, but it’s really worse when there’s just such a high partisan temperature.”

It came to a pressure point this week when a dozen Republicans voted against awarding the Congressional Gold Medal to law enforcement who defended the Capitol, in part because the resolution mentioned the “insurrectionists” who attacked the “temple” of American democracy. Democrats were stunned.

Despite the charged atmosphere, the House is forging ahead with Biden’s agenda, the Democratic majority ushering the $1.9 trillion virus relief bill into law without support from a single Republican. The tensions are delaying, but not stalling, fast action on voting rights, gun background checks and other legislative priorities, but leaving the potential for bipartisanship with Biden an open question.

One certainty is that the last president has left an indelible mark on the legislative branch.

Donald Trump’s brand of politics is reshaping the Republican Party as lawmakers mimic his style. GOP lawmakers mostly downplay the insurrection as simply a “protest,” even as 300 people have been charged in the attack. Republicans dismiss the House coronavirus restrictions, despite public health guidelines urging vaccinations, mask-wearing and social distance to prevent another surge.

Rep. Jim Jordan, R-Ohio, said that at events he attended back home few people wear pandemic masks anymore and “the attitude is it’s time to get back to normal, get back to freedom.”

Leadership sets a tone, and Rep. Kevin McCarthy, R-Calif., the minority leader, tried to suggest at a press conference this week that the GOP challenges to Biden’s victory were not intended to change the election outcome — despite Trump urging his supporters “fight like hell” on Jan. 6 as lawmakers were certifying the results.

Five people died stemming from the attack at the Capitol, including a woman shot by police and a police officer who died later from injuries.

At the same time, dozens of lawmakers have tested positive for the coronavirus, and two elected officials, both Republicans, have died from COVID-19, one just before his Jan. 3 swearing-in.

Pelosi responded Friday that the goal is “100%” compliance with vaccinations and social distancing guidelines.

One problem in resuming fully in-person operations at the Capitol is the lack of vaccinations for thousands of staff to the 435 House members. So far only two doses have been available for each House office, officials said. Six more doses are expected to be added as soon as next week.

The Senate, with 100 members, largely resumed its operations last spring.

For now, House proxy voting that was put in place to lessen lawmakers’ health risks of traveling to Washington will persist. Visitors are still off-limits at the Capitol.

“There are moments when I’m very excited and very happy, some really great things are happening,” said Massachusetts Rep. Jim McGovern, the Rules Committee chairman who skipped the elevator when he saw it was carrying Republicans who challenged the presidential vote.

But he said he was bothered by lawmakers who “try to somehow claim that, you know, this was an act of patriotic people coming to disagree? Give me a break.”

It’s clear that Democrats are more emotionally spent than House Republicans, who bolstered their ranks in the last election despite Trump’s loss. Their gains narrowed the path to regaining House control in 2022.

One Trump-aligned Republican lawmaker, Rep. Marjorie Taylor Greene of Georgia, has started gumming up Democrats’ floor operations by demanding roll calls on routine legislation, testing lawmakers’ patience as already lengthy House proceedings drag into late-night sessions. In February, the House voted to remove Greene from her committee assignments because of her lengthy history of outrageous social media posts and other actions.

While security fencing is set to be removed from the Capitol, metal detectors remain stationed outside the House chamber after some Republican lawmakers vowed to bring their firearms onto the House floor.

“Do you think?” said Rep. Thomas Massie, R-Ky., among those who voted against the police medals. “Look at the metal detectors here — we have to get squeegeed.”

Rep. Steve Palazzo, R-Miss., acknowledged, “There might be some relationship building that needs to take place.”

She said she is hoping for some assurances from her Republican colleagues that they’re all committed to the same goal of “upholding our democracy.”

“If we want to get back to normal,” she said, “we have to be better than we are.”