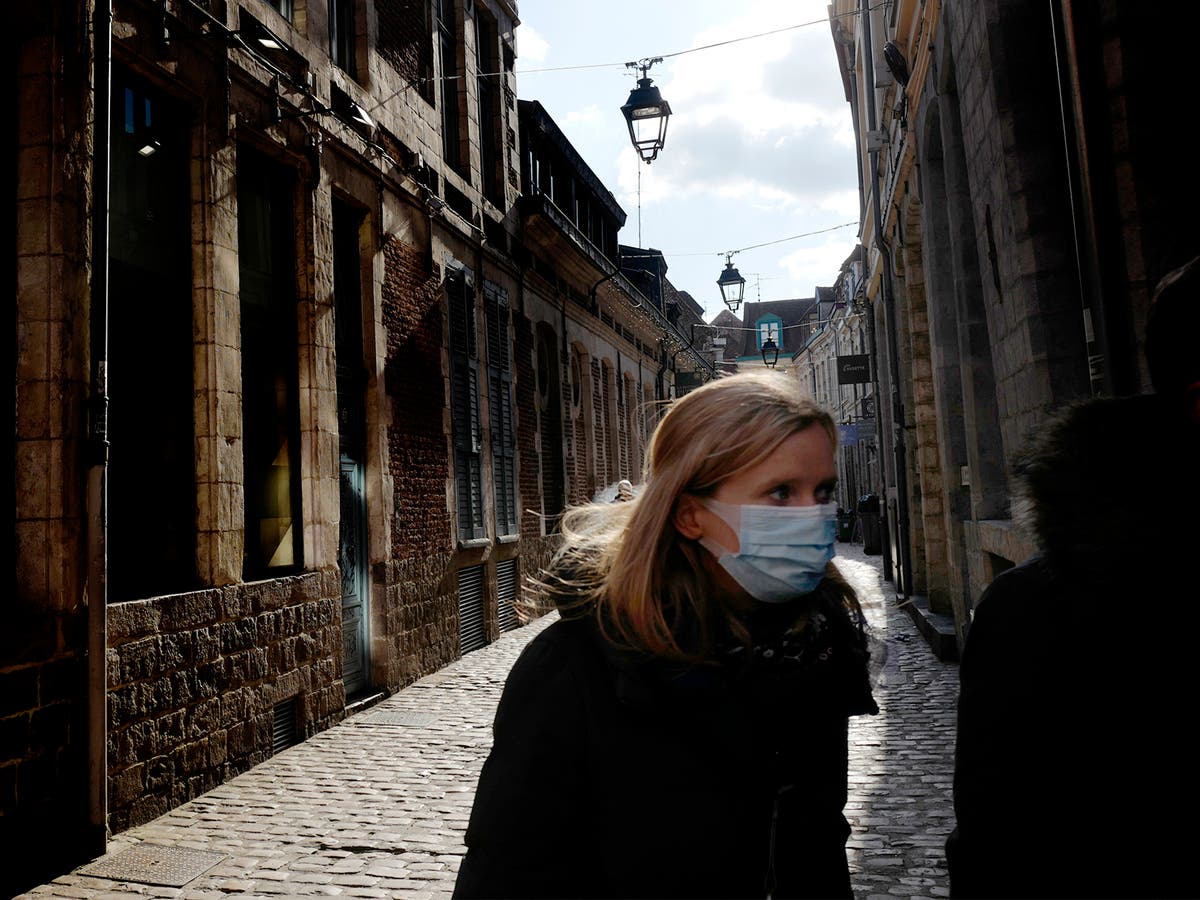 Lockdown restrictions have come back into force in France and Poland as Europe battles a surge in coronavirus cases.

Poland’s measures are set to last for three weeks, while in France, where more than 35,000 new cases have been recorded in the past day, 21 million people will be under lockdown for one month.

German chancellor Angela Merkel has warned a return to lockdown measures is likely in Germany, while government scientists in Belgium have urged for restrictions to be introduced.

In Britain, nearly 50 per cent of the adult population has received a vaccine, with just 73,000 more jabs needed to pass the milestone.

Nearly 50 per cent of the UK adult population has received a first dose of the coronavirus vaccine, around three months after the rollout began.

More than 26 million have got jabs so far, with an estimated 73,000 needed to pass the halfway mark. Nearly 400,000 first doses are being administered per day.

England individually has seen just over 50 per cent receive a first dose, according to the latest estimates by the Office for National Statistics.

A separate milestone has been passed in Wales, as one in 10 of the total population is thought to have had both doeses of the vaccine.

Poland and France return to lockdown

Lockdown restrictions have been reintroduced in Poland and large parts of France.

In Poland, non-essential shops along with cultural and sports facilities are set to close for three weeks as the country sees the highest daily rates of new cases since November.

Around 22 million in France, nearly one-third of the population, will be covered by the month-long lockdown, which forces non-essential businesses to close and put tight restrictions on movement.

Cases rose by 14 per cent in the past week in France, with 35,000 new infections in the past day.

Good morning and welcome to The Independent’s rolling coverage of the pandemic today.