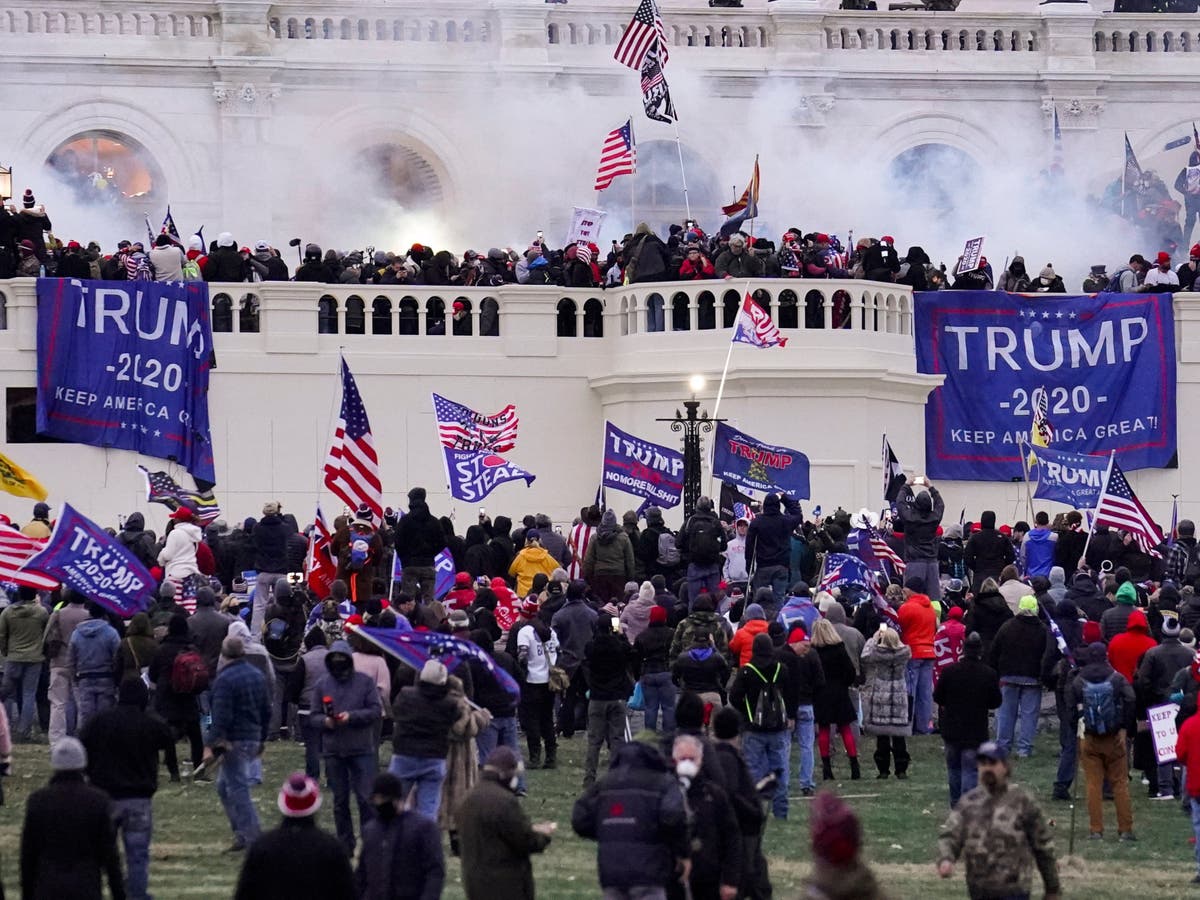 A man from Texas who allegedly rioted on the US Capital was arrested following a search warrant for GPS phone data.

According to court documents and KXAS-TV, federal investigators were able to arrest Kevin Sam Blakely after phone data from Google revealed that he was, in fact, at the scene of the insurrection.

Investigators found that a phone belonging to Mr Blakely was inside the US Capitol building from 2.45pm and 4.38pm on 6 January, as supporters of former US president Donald Trump stormed the building.

The GPS data, which was released by Google, was also described in the complaint against Mr Blakely as being exactly accurate 68 per cent of the time, and with an accuracy of within 12 meters, or 33 feet.

“Google records that show of the 36 location data points within the Capitol corresponding to [Mr Blakely], the ‘maps display radius’ for this location data was between 100 and 200 feet, which encompasses an area that is mostly within the US Capitol building,” the complaint stated.

Authorities added that there was a “probable cause” to believe that Mr Blakely committed a number of offences, in-part thanks to the phone data, and was charged with disorderly and disruptive conduct on the grounds of the US Capitol, as well as for entering a restricted building without authority.

Mr Blakely was also identified by investigators by a Facebook post in February, in which he was seen in a black sweatshirt with the words “FMB” on the front, in what appeared to be a selfie.

Footage and images from the day of the riot show a man wearing the same black “FMB” sweatshirt, allowing investigators to say in the complaint that it was “fully consistent” with Mr Blakely’s appearance.

While investigators have arrested dozens of alleged rioters through social media activity and sources of visual media, the arrest of Mr Blakely after a GPS search warrant is the first widely reported case of authorities doing so through phone location data.

More than 300 people have now been arrested for the riot, with investigators carrying-out 900 search warrants so far, CBS News reported.

The criminal complaint against Mr Blakely was filed in the United States District Court for the District of Columbia.

0 0 0 0
Previous : MPs and peers call on Priti Patel to lift lockdown ban on protests
Next : Wellerman Sea Shanty: The Story of Nathan Evans and his rise to UK number 1