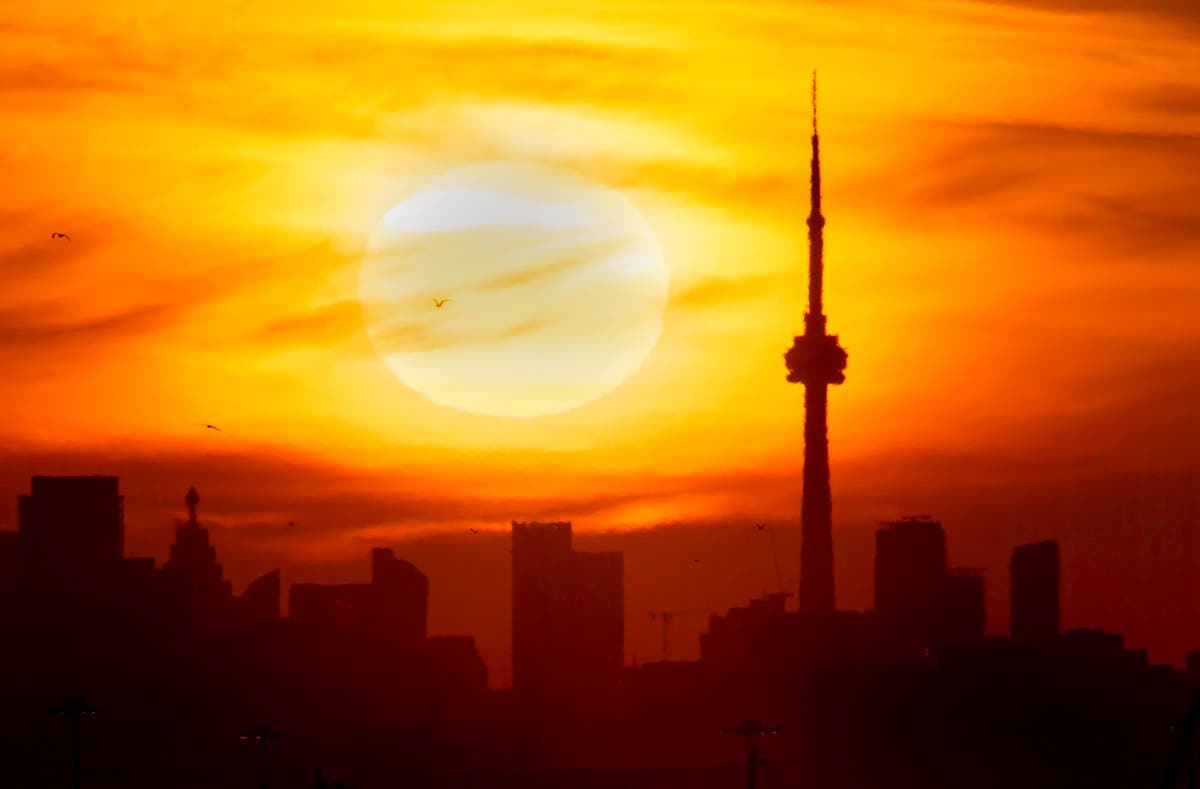 SERGEANT-YORK-PENNSYLVANIA-LAWMAKER — Doubts linger more than a century later about the precise location of heroics that won American World War I Sergeant Alvin York a Medal of Honor. The life and heroism of the Tennessee native are the subject of a 2014 book by Doug Mastriano, now a Pennsylvania state senator. He claims to have pinpointed the location and he organized construction of a trail there. But a researcher is challenging the book’s accuracy and research methods, and others say they have archival and archaeological studies to show the correct location is probably south of Mastriano’s favored spot in northern France. By Mark Scolforo. SENT: 1,620 words, photos. An abridged version of 965 words is available.

BIDEN-BORDER — The Biden administration is facing growing questions about why it wasn’t more prepared for an influx of migrants at the U.S.-Mexico border. The administration is scrambling to build up capacity to care for 14,000 young undocumented migrants now in federal custody, and more are likely on the way. Immigration experts say the predicament was predictable. By Aamer Madhani and Colleen Long. SENT: 1,090 words, photos.

TOXIC-CONGRESS — Not yet 100 days into the new Congress the legislative branch has become an increasingly toxic and unsettled place, with lawmakers frustrated by the work-from-home limits imposed by the coronavirus and suspicious of each other after the January riot. Particularly in the House, trust is low, settled facts about the riot are apparently up for debate and wary, exhausted members are unsure how or when the “People’s House” will return to normal. By Congressional Correspondent Lisa Mascaro. SENT: 1,050 words, photos.

RACIAL-INJUSTICE-GEORGIA-SHOOTINGS-ASIAN-WOMEN — A deadly rampage at three Georgia massage businesses, where the employees were mostly of Asian descent, has prompted Asian American women to openly share stories of being sexually harassed or demeaned based on their race. They say dealing with men who cling to a perpetual narrative that Asian women are exotic and submissive is a frequent occurrence they’re forced to tolerate. While the suspect, a 21-year-old white man, hasn’t been charged with hate crimes, advocates and scholars say race is an inherent component in Tuesday’s killings in the Atlanta area. By Terry Tang and Christine Fernando. SENT: 905 words, photos. Eds: This story has moved as the Sunday Spotlight. WITH: MASSAGE-BUSINESS-SHOOTINGS-HATE-CRIME — The murder case against a white man charged with shooting and killing six women of Asian descent and two other people at Atlanta-area massage businesses this week could become the first big test for Georgia’s new hate crimes law. SENT: 960 words, photos; MASSAGE BUSINESS SHOOTINGS — Hundreds of people hold a vigil in support of Asian-Americans following killings at three Atlanta-area massage businesses. UPCOMING: 450 words by 4 p.m.

VIRUS OUTBREAK — One year ago, Bergamo’s state-of-the-art Pope John XXIII Hospital verged on collapse as doctors struggled to treat 600 patients, with 100 of them in intensive care. The picture is much improved now, but still unchanged as Italy’s death rate pushes upward once again is that the victims remain predominantly elderly, with inoculation drives stumbling in the country and elsewhere in Europe. By Colleen Barry. SENT: 945 words, photos.

ICELAND-VOLCANO — Meteorologists in Iceland say the eruption of a long-dormant volcano is easing and shouldn’t interfere with air travel. SENT: 430 words, photos.

BRITAIN-PRINCE HARRY — Britain’s Prince Harry has written the forward for a new book aimed at the children of frontline workers who died in the COVID-19 pandemic, sharing the pain he suffered as a boy after the death of his mother, Princess Diana SENT: 270 word, photos.

PAKISTAN-MOTORWAY-RAPE — A Pakistani court sentenced two men to death for the gang rape of a woman in front of her children last year alongside a motorway. SENT: 300 words, photos.

VIRUS OUTBREAK-NY-NURSING-HOMES —As the coronavirus made an end-of-the-year surge across New York, some nursing homes proved especially helpless at stopping the spread of COVID-19, despite having nine months to stockpile protective equipment and refine preventative measures. That’s according to recently released public records. SENT: 890 words, photos.

VIRUS OUTBREAK-SCHOOL-COUNSELORS — School counselors in many urban, high needs districts have been consumed with efforts to help students engage with their schoolwork since the pandemic hit. Counselors everywhere have played important roles in guiding students through the stress and uncertainty, but the burden has been especially heavy in poor districts that typically also have fewer counselors per student. SENT: 1,005 words, photos.

VIRUS OUTBREAK-BORDER-BUSINESSES — Small businesses in border towns across the U.S. are reeling from the economic fallout of the partial closure of North America’s international boundaries. SENT: 910 words, photo.

LOUISIANA-ELECTIONS — Louisiana voters will cast their ballots for two vacant U.S. House seats in special elections that aren’t expected to shake up the parties’ balance of power but that could add a woman to the state’s all-male congressional delegation. SENT: 680 words, photos.

IRAN-NEW YEAR — The Persian New Year, Nowruz, begins on the first day of spring and celebrates all things new. But as families across Iran hurried to greet the fresh start — eating copious crisp herbs, scrubbing their homes and buying new clothes — it was clear just how little the country had changed. SENT: 1,000 words, photos.

MYANMAR — Residents of Myanmar’s second-biggest city helped striking railway workers move out of their state-supplied housing Saturday after the authorities said they would have to leave if they kept supporting the protest movement against last month’s military coup. SENT: 630 words, photos.

JAPAN-EARTHQUAKE — A strong earthquake struck off northern Japan, shaking buildings even in Tokyo and triggering a tsunami advisory for a part of the northern coast. No major damage was reported, but several people had minor injuries. SENT: 415 words, photo.

AFGHANISTAN — Afghan President Ashraf Ghani has made two key Cabinet changes, a move condemned as “unacceptable” by his powerful governing partner, Abdullah Abdullah, at a time when the U.S. is ratcheting up the pressure to reach a peace agreement with the Taliban. SENT: 520 words, photos.

TURKEY-WOMEN’S RIGHTS — Turkey has withdrawn from a landmark European treaty protecting women from violence that it was the first to sign 10 years ago and that bears the name of its largest city. SENT: 440 words, photos.

BRAZIL-ARRESTS-SPEECH — Police in Brazil are starting to employ a dictatorship-era national security law against critics of President Jair Bolsonaro, while lawyers and activists rally to provide them with legal help and accuse the government of trying to silence dissent. SENT: 860 words, photos.

YEMEN-MIGRANTS — Yemen rebels admit tear gas fired by guards was behind a fire at a migrant detention center last month that killed at least 45 people, mostly Ethiopian migrants. SENT: 240 words. With YEMEN-CHILDREN — The U.N. children’s agency says that a surge of fighting in war-torn Yemen has been particularly brutal for children this month, with at least eight killed and 33 wounded. SENT: 270 words.

GREECE-EUROPE-MIGRATION — The interior ministers of the five Mediterranean countries on the front line of mass migration to Europe want their EU partners to share the burden more equitably. SENT: 300 words, photos.

AIRPORT-BODIES — Prosecutors say a man who is accused in a New Jersey murder and is considered a person of interest in four New Mexico slayings has said he is also responsible for another 11 killings in New Mexico. Authorities have yet to corroborate that claim and say there is no indication it’s true. SENT: 875 words, photos.

MAPLE-SEASON — Maple season is a time-honored tradition in the Northeast. The pandemic forced some states to cancel or postpone their annual sweet celebrations last year, but now some producers are welcoming back the public with safety precautions in place. SENT: 470 words, photos.

IRRIGATION-CANAL-NEVADA-LAWSUIT — A Nevada town founded a century ago by pioneers lured to the West by the promise of free land and cheap water in the desert is trying to block the U.S. government from renovating a 115-year-old earthen irrigation canal with a plan that would eliminate leaking water that local residents long have used to fill their own domestic wells. SENT: 850 words, photos.

VENEZUELA-MONEY-LAUNDERING — Federal prosecutors in Miami are seeking a stiff prison sentence against a U.S.-based money manager they claim is hindering their efforts to seize a $2.7 million home and other assets he agreed to forfeit when he pleaded guilty to laundering bribe payments for a corrupt Venezuelan official. SENT: 545 words, photos.

BKW–NCAA TOURNAMENT-PREVIEW — With every game on a neutral court and no dominant team this season, this could be the most wide-open women’s NCAA Tournament in history. UPCOMING: 650 words, photos. With regional previews.

BKC–NCAA-IONA-ALABAMA — Rick Pitino returns to March Madness after guiding Iona to a conference title. The coach who sent three schools to the Final Four and lost his job at Louisville amid scandal faces a fast and No. 2-seeded team in Alabama that made a great turnaround under Nate Oats. UPCOMING: 700 words, photos. Game starts 4 p.m.

OLY-TOKYO-FOREIGN-FANS — Spectators from abroad will be barred from the Tokyo Olympics when they open in four months. Officials said the risk was too great to admit fans from overseas during a pandemic. SENT: 625 words, photos.

0 0 0 0
Previous : THE LONDON REAL COURIER | Yes, our very own newspaper – Brian Rose
Next : Sadiq Khan Has Failed Us On Knife Crime – Over 100 Teenagers Murdered In London On His Watch