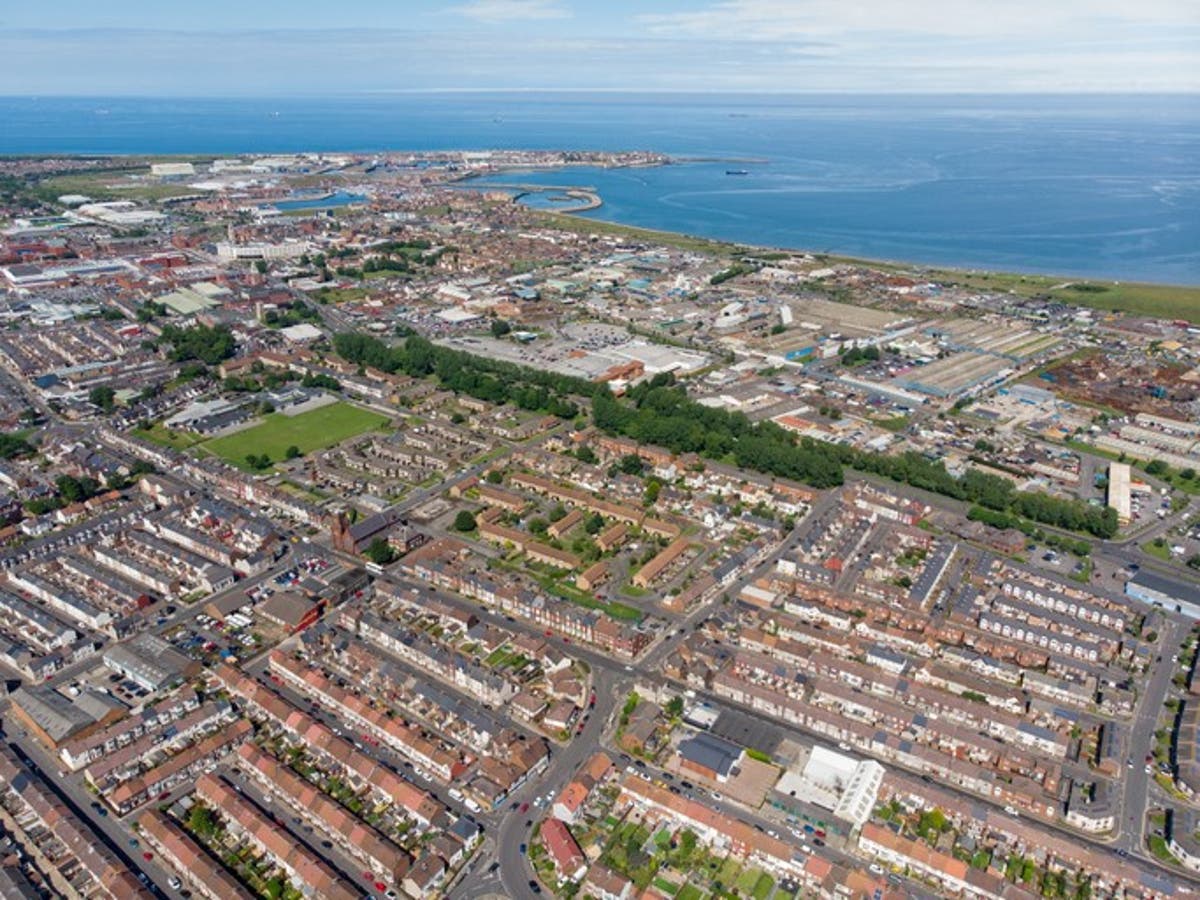 It is a north east town that, historically, is about as red as the red wall gets.

Hartlepool has never voted for anything other than a Labour MP in the almost half century since the constituency was created in 1974. When The Independent visited in the run up to the 2019 General Election, one woman captured the mood: “I could never go Tory,” Dorothy Scott, a retired sewing machinist, told this newspaper. “My father would turn in his grave.”

After Mike Hill suddenly quit the seat this week paving the way for a May by-election, this Tees Valley port town of 92,000 people suddenly looks the shakiest of grounds for Sir Keir Starmer.

The talk here is of the once unthinkable: that Hartlepool might be the latest Labour brick to go blue.

And, make no mistake, if it did so, the repercussions would reverberate around Westminster – and may offer a glimpse of how a future general election would play out.

A Tory victory, analysts reckon, would add to questions already being asked about Sir Keir’s appeal in these one-time party heartlands; while simultaneously suggesting that Boris Johnson has retained his ability to attract voters in seats that were once Tory no-go areas – despite what many view as a bungled handling of the pandemic.

“A Conservative win would be massive,” says Professor Matthew Flinders, director of Sheffield University’s Sir Bernard Crick Centre for the Public Understanding of Politics. “It would be a defining moment because it would show that, even in spite of Covid and the rather shaky opening to Boris’s tenure as prime minister, he is still managing to knock those red dominoes down – even though he’s not really had time yet to invest in the levelling up agenda.

“And the flip side of that for Sir Keir is that there are already concerns about his ability to connect with the public at an emotional level, especially so in those northern areas. Losing Hartlepool would absolutely amplify those concerns.”

The problem is the numbers don’t look good right now for Labour, which has already announced former Stockton South MP Paul Williams as its candidate.

Mike Hill – who stood down amid long-standing allegations of sexual harassment – held onto the town in 2019 with a hugely reduced majority of just under 4,000. But received wisdom suggests that if the Brexit Party had not stood – and won 10,000 votes – the Tories would almost certainly have clinched victory here.

This time round there will be no Brexit Party to split the poll; and, although its Farage-less successor the Reform Party is considering chucking its hat in the ring, it would almost certainly be a bit player.

The upshot? If it comes down to a two-horse race, even Labour members in Hartlepool do not appear confident.

“It would be an absolute scandal if this town, which has been treated the way it has been treated by the Tories down the years, voted for them,” says Lesley Hamilton, a Labour councillor with Hartlepool Borough Council. “But we probably have to accept there’s a good chance that’s going to happen. It will be a struggle to hold.”

Getting Brexit done (or, rather, getting the first part done) will have helped Johnson in a town that voted 69.6 per cent in favour of leaving the EU. So, too, will the so-called vaccine bounce that has left the Tories as much as 14 per cent up in nationwide polls.

More pertinently, in Hartlepool itself, there appears to be a feeling that more than 50 years with Labour MPs has only brought decline: the town was ranked as the 10th most deprived in England in 2019 according to government figures.

For that reason, above all others perhaps, many here want a change. They have, in fact, wanted it for a long time. At three separate local elections, over 12 years from 2002, they voted for a man dressed as a monkey to be the town’s directly elected mayor. Stuart Drummond – the man in the suit – ostensibly won power by offering free bananas to school children. More likely, though, he won because he was neither of the two main parties.

The current leader of the council is also neither Labour or Tory.

Shane Moore – a one-time Brexit Party member turned independent – is well-known in the town for working across the political spectrum and, as such, refuses to be drawn on who will win at the by-election. “Whoever it is,” he says, “I just hope they will really have their heart in getting the best for Hartlepool.”

Nonetheless, in general terms, he says he has noticed a decline in anti-Conservative sentiment here.

“People have seen other old Red Wall towns getting investment – Darlington getting the Treasury headquarters, things like that – and I think they might be looking and wondering if that could be Hartlepool,” he says. “That’s just my sense.”

Significant in all this, of course, is Williams himself, the person chosen to be the Labour candidate.

Not all Labour members appear happy that the selection process resulted in a shortlist of just one name – and no women. “Everyone is a feminist when it’s convenient,” one female MP is said to have old the Labour List website.

There are also concerns about how well Williams is suited to the town, not least because he is an arch-Remainer and was a vocal advocate of a second referendum.

“Parachuting someone like that in is about the best thing they could do – for the Tories,” Mike Young, leader of the Conservatives on the borough council says. “This is 110 per cent who we would have chosen to be against.”

And of his party’s own selection?

For now, powder is being kept dry. “We have the best chance to win Hartlepool in more than 50 years so it’s absolutely essential we get the right candidate,” Young, who is not involved in the selection process, says. “It’s going to be so tight and having the right person could swing it one way or the other.”

There may be one potential curve ball to consider in all this too: the Northern Independence Party.

The group, which calls for a full-blown cessation from London and the south, only formed last year but has announced it will be standing a candidate.

By rights, such a party probably shouldn’t stand much of a chance – it is yet to even define what the north actually is – but, in a town with a history of giving the political establishment a bloody nose (exhibit one: the monkey), anything could happen, reckons leader Philip Proudfoot.

“We could be genuinely transformative,” he says. “All that all the other parties are offering is misery. We are offering hope.”

He himself, for what it’s worth, lives in Brighton.

Either way, the party’s very presence could add drama to this knife-edge fight, reckons Matt Flinders back at Centre for the Public Understanding of Politics. More importantly, no-one, he says, should under-estimate the importance of this seat.

“I wouldn’t say winning here would quite point the way [for a Tory general election win] because Boris is Boris and he could easily put a bomb under his own chances at any time,” he says. “But if the Tories do win, it would be a massive confidence boost for those other new MPs in Red Wall constituencies. It would show that 2019 wasn’t a one-off; that things may have changed permanently.”