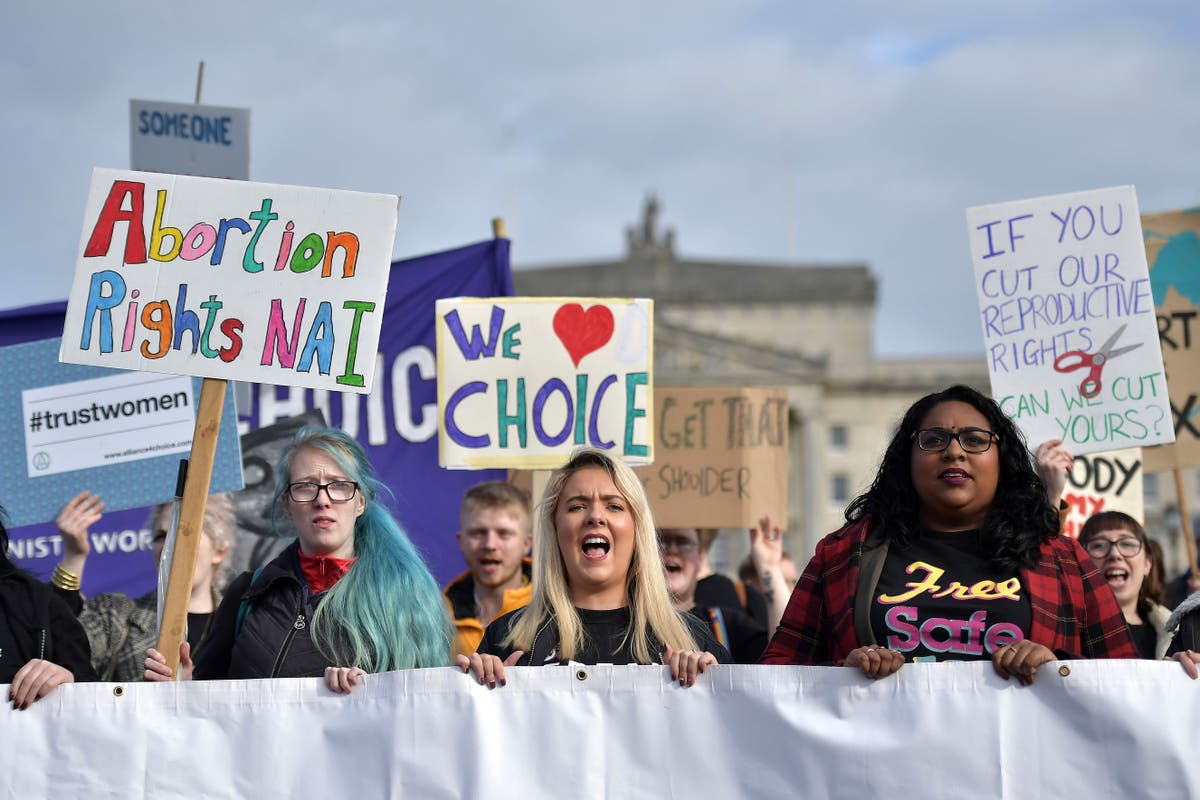 However, while individual health trusts have set up temporary early medical abortion pathways, Northern Ireland-wide services have not yet been commissioned by the Department of Health.

But Northern Ireland secretary Brandon Lewis intends to lay new regulations in parliament next week to allow him to direct Mr Swann’s department to commission the services, The Guardian has reported.

Mr Lewis was reportedly prompted by concerns many women were still travelling to Great Britain to access services.

A UK government spokesperson confirmed there was disappointment that full abortion services had not yet been commissioned, adding “further legislative action at Westminster” is being considered.

A DUP MP warned the party would “vigorously oppose” any action to see new abortion laws implemented in the region.

“Any move by an NIO minister to legislate over the head of the Northern Ireland Executive would raise serious questions about when and in what areas the Government can make interventions in a devolved administration.

“The DUP would warn the Northern Ireland Office against legislating on a matter which is wholly devolved and we will vigorously oppose such steps.”

Abortion is an issue which sharply divides opinion in Northern Ireland with strong pro-choice and anti-abortion lobbies.

On Monday, a motion by DUP MLA Paul Givan seeking to restrict abortions in cases of non-fatal disabilities passed its second reading.

Sinn Fein vice-president Michelle O’Neill accused the DUP of attempting to “roll back abortion progress” but her MLAs abstained on that vote.

Separately, the party has announced its intention to bring a paper to the executive calling for Mr Swann to commission full abortion services.

A UK government spokesperson said: “We remain disappointed that the Department of Health and Northern Ireland executive have failed to commission full abortion services, following the change to the law last March.

“We are continuing to monitor the situation closely, including considering further legislative action at Westminster, given the nature of the legal duties on the secretary of state for Northern Ireland in this context.”