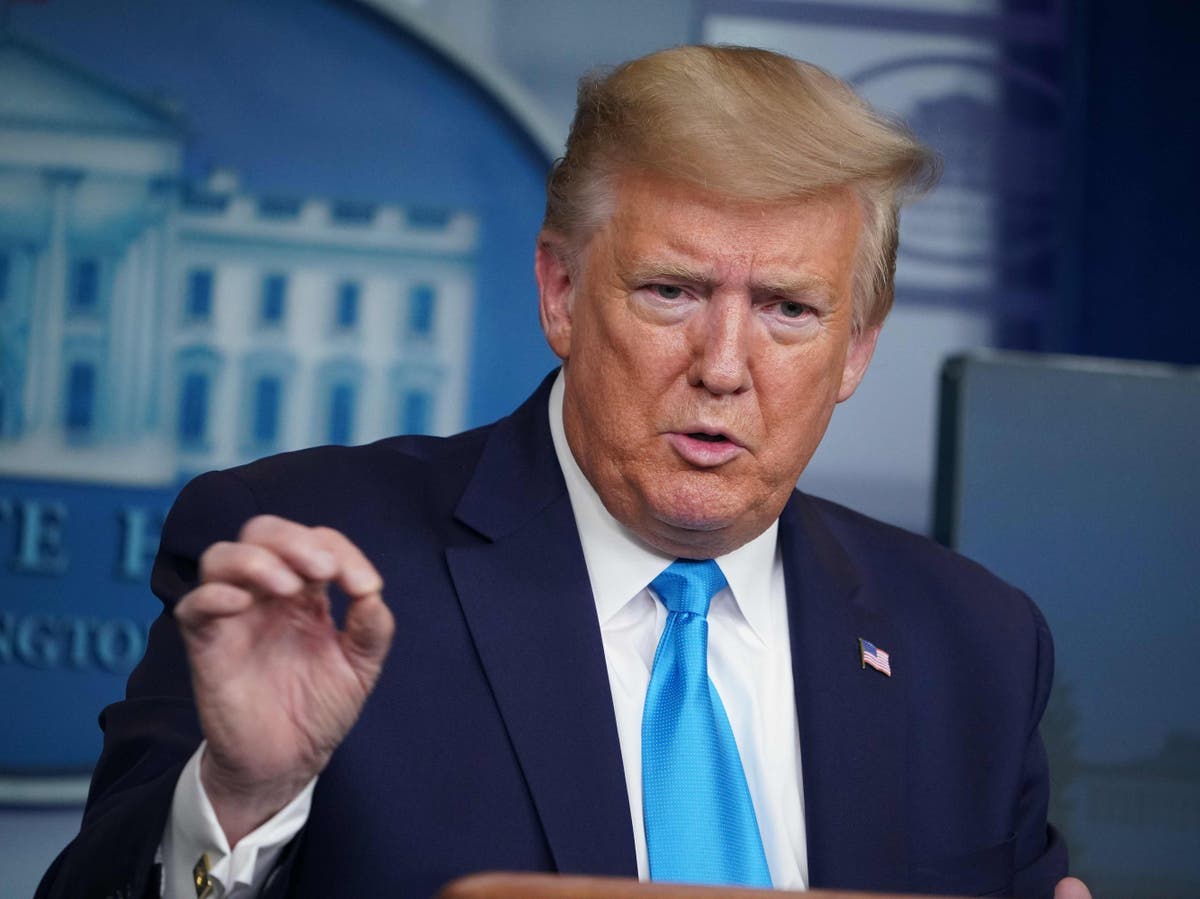 A 21-year-old man was arrested in connection with the shootings in the state on Tuesday after eight people, many of them women of Asian descent, were killed across three spas in Georgia.

No motive for the killings has yet been established and it is not yet clear whether there was a racial motivation, but fears have emerged that the killer may have deliberately targeted people of Asian descent.

Stop  Asian Americans and Pacific Islanders (AAPI) hate, a national coalition addressing anti-Asian hate amid the Covid-19 pandemic, called the shootings an “unspeakable tragedy” adding that the community has been “reeling from high levels of racial discrimination.”

In the wake of the attacks, politicians and celebrities alike were quick to hone in on actions of the former president, who they accused of “fanning” anti-Asian hate with his rhetoric amid the pandemic.

Both during his term in office and upon leaving the White House, the former president has referred to the novel coronavirus disease as the “China virus” and even “kung flu”, having defending his use of the terms when confronted.

California Representative Ted Lieu, who immigrated to the US from Taiwan at the age of three, hit out at Mr Trump on Twitter, saying he “used racist phrases like Kung Flu that inflamed discrimination against the Asian American community.”

“Officials that continue to use ethnic identifiers in describing the virus are part of the problem. Please instead be a part of the solution. #StopAsianHate,” he added.

California Representative Judy Chu, who became the first Chinese American woman elected to Congress in history, according to her website, said: “Our community has been facing a relentless [sic] increase in attacks and harassment over the past year.”

The congresswoman said she was “utterly devastated” by the deaths and called for people to “stand up, condemn this violence, and help us #StopAsianHate.”

Georgia Representative Nikema Williams said in a statement that “an attack on our Asian American neighbours is an attack on us all, and will not go ignored or unanswered.”

“Hate crimes towards Asian Americans has increased by 150 per cent,” Representative Rashida Tlaib, of Michigan, said.

“This must stop. We must stop it by having zero tolerance for white supremacy in our country. Hate has no place here.”

He added: “We’ve seen the scapegoating language from his loyalists.”

As recently as last week, Mr Trump released a press release taking credit for the coronavirus  vaccines and referring to the disease as the “China virus”. The first cases of the disease were reported in Wuhan, China.

The president has defended his use of the language on a number of occasions saying he uses the term because the disease “comes from China”.

“It’s not racist at all. It comes from China. I want to be accurate,” Mr Trump said in March last year. The Independent has contacted the Trump Organisation for comment.

A number of celebrities were also quick to call out Mr Trump and members of the former Republican administration for perpetrating the language.

Star Trek actor George Takei condemned GOP leaders, calling on them “stop fanning violence with anti-Asian rhetoric” and saying they “should be ashamed at what you have unleashed.”

“Three days ago, the leader of the House GOP called it the ‘China Virus’ again,” he said. “Words have consequences, especially those from our leaders.”

Padma Lakshmi called the killings “deeply sad” and said that while Mr Trump “continues to spread hatred against Asian Americans, people like this shooter are listening.”

Critics have argued that the previous administration’s frequent attacks on China at the onset of the pandemic were a ploy to distract from its own failures to combat the virus, which has infected more people in America than any country in the world.

Actress and writer Mindy Kaling said: “The targeting of our Asian brothers and sisters is sickening, but not surprising given the normalising of anti-Asian hate speech in the past year. We have to #StopAsianHate, enough is enough!”

A man named Robert Aaron Long, of Woodstock, had been taken into custody in Crisp County, about 150 miles south of Atlanta, following the killings, authorities said.

Atlanta police said they have increased patrols around similar businesses in the city.

0 0 0 0
Previous : ‘Shoved, beaten, burned, screamed at, spat upon’: How anti-Asian hate crime spiked across America during the pandemic
Next : Covid: UK had second-highest excess death rate for under-65s in Europe, new statistics show