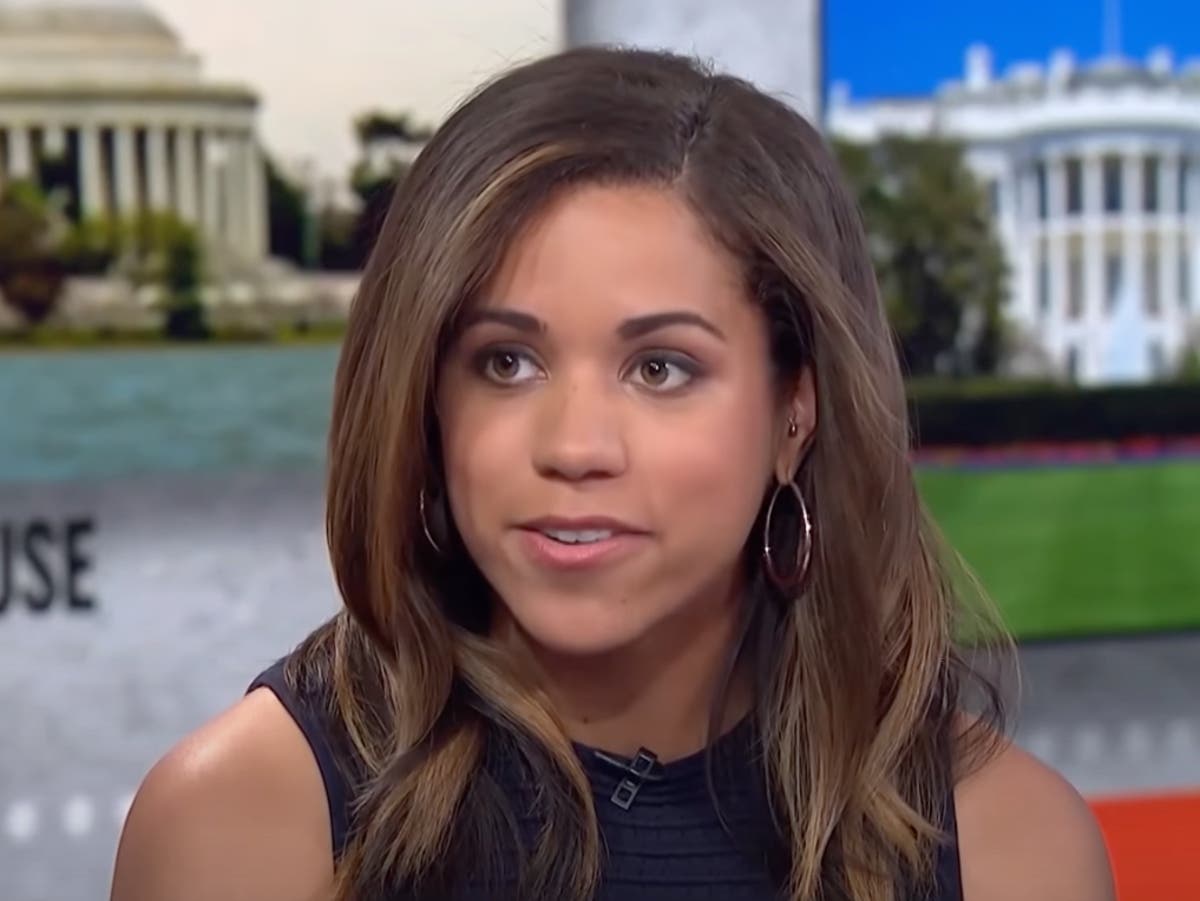 Backlash over McCammond’s hiring began shortly after Teen Vogue announced the appointment of the 27-year-old former Axios political reporter as editor earlier this month, when both Teen Vogue staff and other journalists raised concerns over her past tweets.

The tweets in question, which were written in 2011, first resurfaced in 2019, at which point McCammond deleted them and issued a public apology for the comments, which she called “deeply insensitive”.

In the tweets, McCammond made derogatory, racist comments about Asians, with one tweet reading: “Outdone by Asian. #Whatsnew.”

In another tweet, McCammond wrote: “Now Googling how to not wake up with swollen, Asian eyes…”

“Give me a 2/10 on my chem problem, cross out all of my work and don’t explain what I did wrong… thanks a lot stupid Asian TA [teaching assistant]. You’re great,” McCammond wrote in a separate tweet the same year.

The comments again circulated this month after they were shared widely on social media, with journalist Diana Tsui, an editor at the website The Infatuation, sharing screenshots of the tweets on her Instagram while raising concerns about the “questionable” hiring.

“Let’s talk about Condé Nast HR and this questionable hire for Teen Vogue EIC,” Tsui wrote in the post, adding: “I’m tired of big media organisations pretending to give a damn about diversity and inclusion. And this especially is a slap in the face given what’s happened to Asian Americans in the past year.”

Asian Americans have faced an increase in hate crimes amid the Covid-19 pandemic, with a new report finding that anti-Asian hate crimes increased by nearly 150 per cent in 2020.

As noted by The New York Times, McCammond’s past tweets also included anti-LGBT comments and “slurs for gay people,” with screenshots showing one tweet in which McCammond retweeted a news story about Major League Baseball umpire Dale Scott coming out as gay to add: “Why is this ‘newsworthy?’ It’s not.”

In another tweet, the journalist wrote: “Hahaha you’re so gay,” while a third saw her use an offensive term for gay people.

McCammond also faced criticism over a photo from 2011 showing her dressed in a Native American costume on Halloween.

In 2019, the 27-year-old apologised for the tweets, stating at the time: “I am deeply sorry to anyone I offended. I have since deleted those tweets as they do not reflect my views or who I am today.”

In the statement, shared to Twitter on 10 March, McCammond again apologised for the tweets, writing: “I’ve apologised for my past racist and homophobic tweets and will reiterate that there’s no excuse for perpetuating those awful stereotypes in any way.

“I am so sorry to have used such hurtful and inexcusable language. At any point in my life, it’s totally unacceptable.”

At the time, Condé Nast issued a statement defending the hiring of McCammond, with a spokesperson for the publisher stating: “Alexi McCammond was appointed editor-in-chief ofTeen Vogue because of the values, inclusivity, and depth she has displayed throughout her journalism. Throughout her career she has dedicated herself to being a champion for marginalised voices.”

However, many others, including Elaine Welteroth, the former editor-in-chief of Teen Vogue, said that McCammond’s statements were “indefensible”.

On 18 March, just days before McCammond was set to begin her role as editor-in-chief on 24 March, she and Condé Nast announced that a decision had been made to part ways.

In a statement shared to her Twitter, McCammond said that her “past tweets have overshadowed the work I’ve done”.

“My past tweets have overshadowed the work I’ve done to highlight the people and issues that I care about – issues thatTeen Vogue has worked tirelessly to share with the world – and so Condé Nast and I have decided to part ways,” McCammond wrote.

In the statement, McCammond also said that she takes “full responsibility” for the tweets and acknowledged that she should “not have tweeted what I did”.

“I wish the talented team atTeen Vogue the absolute best moving forward,” McCammond continued. “Their work has never been more important and I will be rooting for them.

“There are so many stories left to be told, especially those about marginalised communities and the issues affecting them. I hope to have the opportunity to re-join the ranks of tireless journalists who are shining light on the issues that matter every single day.”

0 0 0 0
Previous : WhatsApp down: Messaging service stops working amid widespread social media outage
Next : ‘Science is back’: Biden says CDC staff are owed a ‘gigantic debt of gratitude’ for saving lives