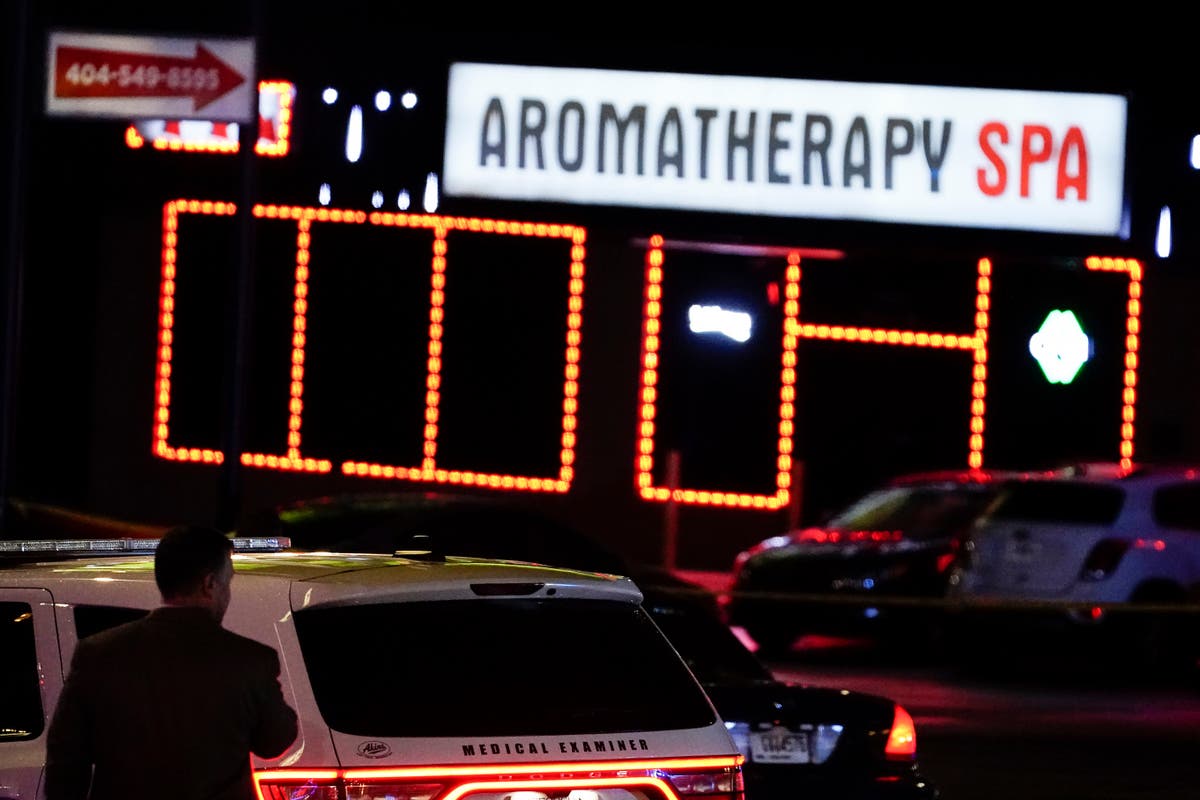 ‘Shoved, beaten, burned, screamed at, spat upon’: How anti-Asian hate crime spiked across America during the pandemic

ong before a gunman went on a shooting rampage in Atlanta on Tuesday that left eight people dead, six of them women of Asian descent, many were already sounding the alarm about a dramatic rise in attacks against the community.

While investigators are still trying to determine the motives of the attacker, the shootings have shaken a community that has faced a dramatic rise in hate crimes over the past year fuelled by xenophobia linked to the coronavirus pandemic.

Research by Stop APPI [Asian American Pacific Islander] Hate released on Tuesday revealed that 3,795 hate incidents were reported between March 2020 and February this year. The attacks included verbal and physical assaults, vandalism and online harassment. The majority, some 68 per cent, have been against Asian women. The report does not include police data in its report, which means the actual number of incidents is likely to be much higher.

A similar pattern was found by a research team at the University of Michigan, which analysed thousands of news articles to identify incidents of anti-Asian racism. In 61 per cent of those incidents, the victims were Asian American women. Those incidents involved women “being shoved, beaten, burned, screamed at, spat upon, coughed at, shunned, and subjected to discrimination,” said Dr Melissa May Borja, who led the research team.

One incident recounted by Dr Borja on Wednesday involved a 51-year-old woman attacked by a group of teenagers on a bus in the Bronx, New York. During the attack, which left her with stitches, the teenagers yelled: “You caused coronavirus.”

A separate study by the Center for the Study of Hate and Extremism at California State University, San Bernardino found that hate crimes against Asian Americans in 16 cities rose by 150 per cent in 2020. In New York, anti-Asian hate crimes rose from three in 2019 to 28 in 2020, an increase of 833 per cent.

The findings from both reports are part of a growing body of evidence showing the alarming rise in hate crimes against Asian Americans and Pacific Islanders that many believe has been fuelled by a deliberate tactic by politicians and public figures — including the former president Donald Trump — of blaming the coronavirus pandemic on China.

Mr Trump and others in his administration frequently referred to Covid-19 as the “China virus” and “Kung Flu” because of its origin in Wuhan, China. The former president used the phrase on the very same night the massacre took place during a Tuesday interview on Fox News.

Academics studying the impact of the coronavirus on discrimination have singled out the language by the president and his cheerleaders as a considerable driver of anti-Asian American sentiment.

Charissa Cheah, a professor of psychology at the University of Maryland who is leading a study examining coronavirus-related discrimination against Chinese Americans, described the language as “reckless and irresponsible.”

Mr Trump, she told the Washington Post last year, is “essentially throwing his American citizens or residents of Chinese and Asian descent ‘under the bus’ by ignoring the consequences of the language he uses.”

“He’s fueling these anti-Chinese sentiments among Americans … not caring that the people who will truly suffer the most are Chinese Americans and other Asian Americans, his citizens whom he’s supposed to protect,” she added.

The persistence of xenophobic language to describe the coronavirus prompted an impassioned speech by Georgia state senator Michelle Au on the floor of the state’s senate just two days before the shootings, in the very city where they took place.

“Asian Americans are part of our country’s plurality. We are some of the many, and we’re part of that one,” she said. “And all I’m asking right now, as the first East Asian state senator in Georgia, is simply to fully consider us as part of our communities. Recognize that we need help, we need protection, and we need people in power to stand up for us against hate.”

President Joe Biden, who has frequently spoken out against rising attacks argeing Asian Americans, called the shooting “troublesome” on Wednesday.

“Whatever the motivation here, I know Asian Americans, they are very concerned, because as you know I have been speaking about the brutality against Asian Americans, and it’s troubling,” he said.

Just last week, in a speech to mark one year since the World Health Organization declared Covid-19 a pandemic, Mr Biden spoke out against the rising attacks against Asian Americans, saying they had been “attacked, harassed, blamed and scapegoated” over the past year.

“They’re forced to live in fear for their lives just walking down streets in America. It’s wrong. It’s un-American, and it must stop,” he said.

Vice president Kamala Harris, the first person of South Asian descent to hold the office, called the shooting “tragic” in her first comments on the shootings on Wednesday.

“Our country, the President and I and all of us, we grieve for the loss,” she said. “Our prayers are extended to the families of those who have been killed, and it speaks to a larger issue, which is the issue of violence in our country and what we must do to never tolerate it and to always speak out against it.”

“I do want to say to our Asian-American community that we stand with you and understand how this has frightened and shocked and outraged all people,” she added.

The attacks have led to calls for a stronger response to incidents of racism against Asian Americans. Stop APPI Hate called Tuesday’s attack an “unspeakable tragedy — for the families of the victims first and foremost, but also for the Asian American community.”

“This latest attack will only exacerbate the fear and pain that the Asian American community continues to endure. Not enough has been done to protect Asian Americans from heightened levels of hate, discrimination and violence. Concrete action must be taken now. Anything else is unacceptable,” the group said.

Robert Aaron Long, 21, was arrested by police for the shooting and has been charged with several counts of murder.

Cherokee County Sheriff’s Capt Jay Baker told reporters that the alleged shooter “apparently has an issue, what he considers a sex addiction, and sees these locations as something that allows him to go to these places, and it’s a temptation for him that he wanted to eliminate.”

0 0 0 0
Previous : Facebook is developing a new Instagram app specifically for children under 13
Next : Trump accused of ‘fanning’ anti-Asian sentiment in wake of Atlanta shooting